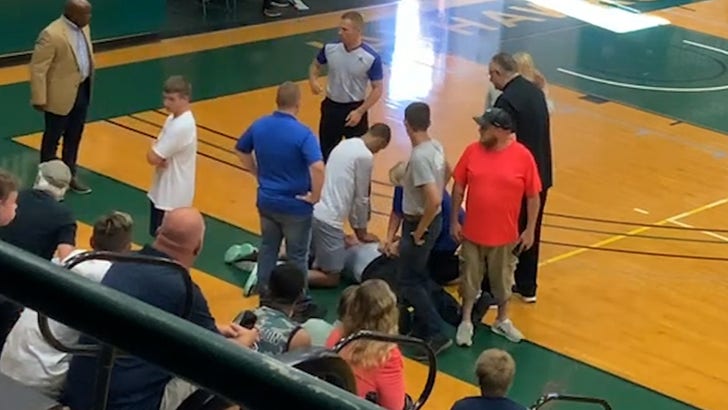 A Toledo basketball player turned into a hero during a game last weekend — performing successful CPR on a referee who had collapsed in the middle of the contest.

The scary incident was caught on video … when during the Toledo Glass City’s game against the Jamestown Jackals on June 11 — a ref wobbled, and then crumpled to the floor.

You can see in the footage, referee John Sculli lay motionless for several moments … before Glass City’s Myles Copeland raced over to help out. 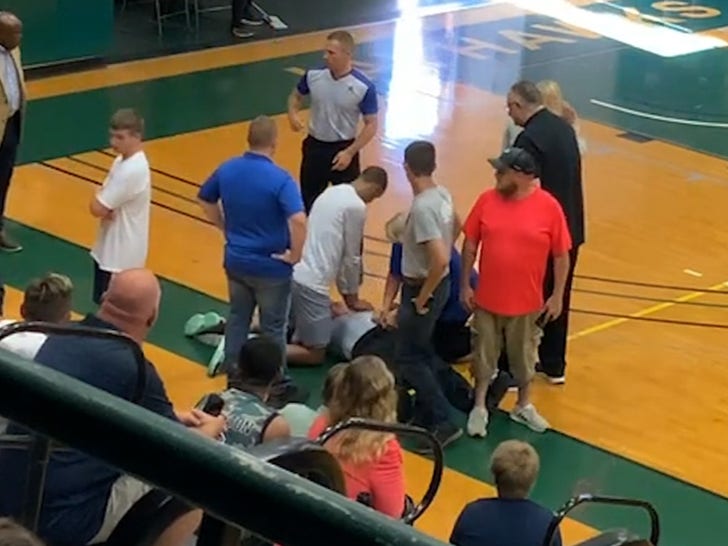 Copeland — who’s also a firefighter — told ESPN he didn’t feel Sculli’s pulse or see him breathing when he got to the man … so, he started CPR with the help of another ref until paramedics arrived.

And, thanks to his efforts, Sculli — who’s been officiating for almost 40 years — survived — and is now expected to have surgery this week to fix his health issues.

“It was kind of instinctual,” 25-year-old Copeland said of it all. “It surprised me how quick I was able to switch into that mode, especially being in a basketball game.”

“But, with being a firefighter, when you’re off the job, you’re really not off the job. You still got to keep an eye out for the community and what’s going on around you.”

He continued, “I didn’t feel like I went out of my way to do anything special. It’s just what I was put here to do. God was able to work through me. I feel like other people see me differently as a hero, but I don’t see myself any different.”

FYI, Copeland drove to NY for the playoff game after working a 24-hour shift as a firefighter — and his team ultimately won the game, 96-93.