No more double dates! Bekah Martinez reacted to being uninvited to Garrett Yrigoyen and Becca Kufrin’s house after she disagreed with Yrigoyen’s post in support of the police amid the Black Lives Matter protests.

Earlier this month, Martinez criticized the California native’s statement in defending officers, which caused a strain in their friendship — and led to Yrigoyen, 31, posting on social media that she was “no longer invited over.”

“I don’t know, I mean Becca’s Becca and Garrett’s Garrett,” Martinez, 25, told Ashley Iaconetti and Ben Higgins on the Monday, June 8, episode of their “Almost Famous” podcast. “I love Becca and I have a lot of respect for her. And Garrett is Garrett.”

The pregnant star added: “I don’t particularly like Garrett and I’m not interested in having dinner with him.” 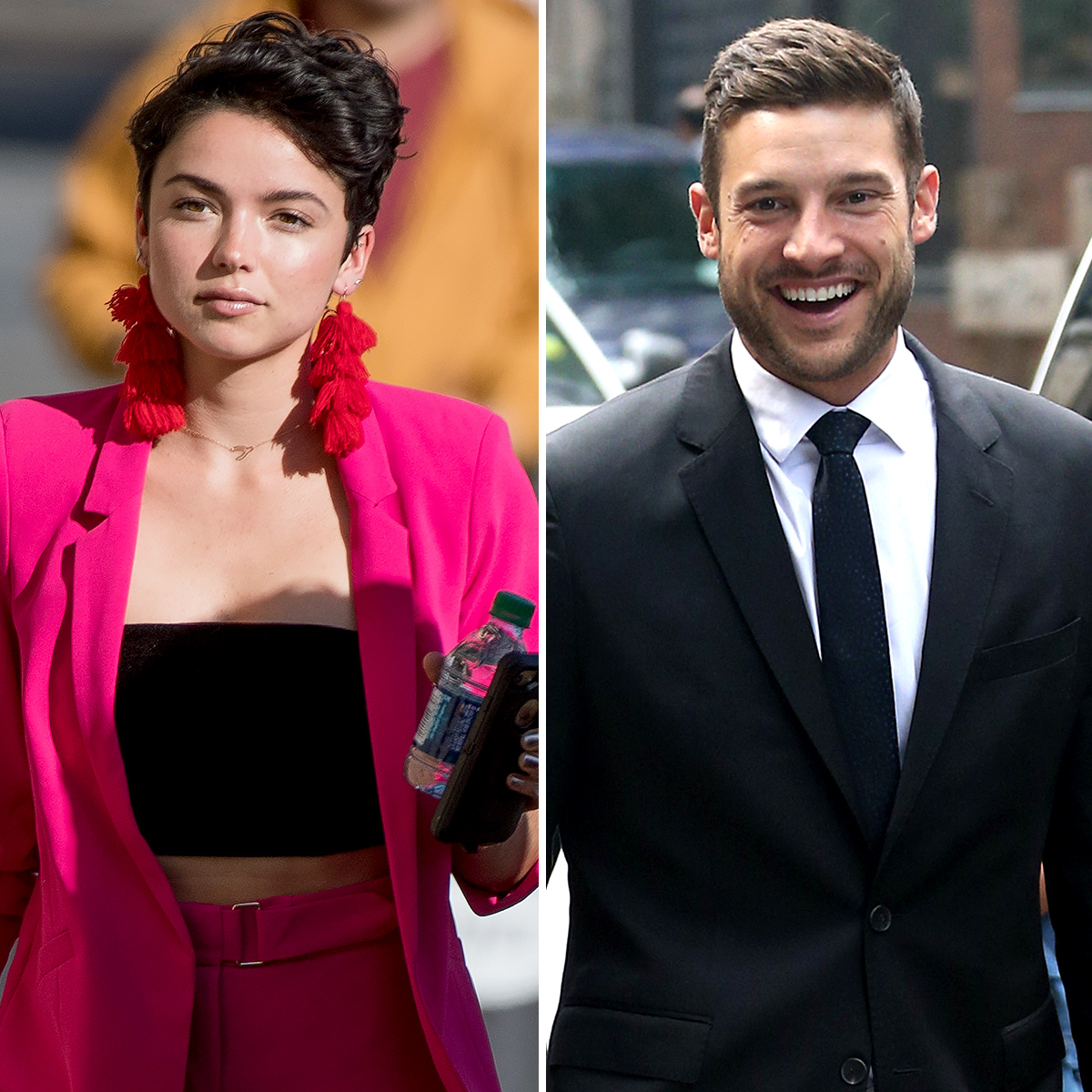 Martinez further explained that she hopes the issues between her and Yrigoyen don’t “affect my relationship with Becca,” but explained that the two haven’t been “super close” in the past year or so.

After Higgins, also 31, pointed out that he didn’t think that Yrigoyen’s initial post, which was posted on Instagram on June 4, was written with “ill intent,” the Fresno, California native, explained that “intent doesn’t really erase impact, though.”

“It’s important for me to recognize the ones who stand in the gap and put their lives on the line each and every single day for humans of different race and ethnicity, including those who hate them. The Thin Blue Line represents each officer protecting protestors, properties, and businesses while being threatened, attacked, shot, shot at, hit with vehicles, and other forms of brutality,” he wrote in part. “There have been over 300 injured, shot, or killed in just one week. They are suffering the consequences over an act they didn’t commit. They continue to put in overtime away from their families, stay silent while being threatened, hated, and assaulted.”

Martinez explained, “What bothered me so much about this is the silence on black lives.”

She said that when it came to him sharing the black square and then talking about the police, he negated the message of equality and solidarity.

“It’s almost better to not say anything at all, in my opinion, because when you’re doing that I find it, personally, especially if you’re going on to write a full-on dissertation about the police, you are sort of trying to absolve yourself of this responsibility,” she continued. “Like, ‘Yeah, I’ve held space and I’ve posted this black square and my work here is done.’ And it’s, to me, it’s more of, like, a PR move. I don’t see how that’s providing any actual solidarity.”

Martinez explained the reason she took issue with Yrigoyen’s words about not judging police by “the actions of a few bad ones” is that he didn’t address the Black Lives Matter movement.

“You’re taking up space to speak about something. It’s almost like, the subtext is, ‘Yes, but.’ And I don’t know, I find that to be a really big issue,” she revealed. “And some of the other things he’s saying in his post is, not all cops, basically is what he was saying, and you know, they have issues too, and it’s like, it’s not just about the one or two openly racist cops.”

Martinez added: “Nowhere did he explicitly say blue lives matter, but that’s what I’m saying. The subtext of this is, ‘Yes, but.’ ‘Yes, but the cops’ when nothing was said in the first place about black lives.”

The soon-to-be mother of two revealed that she has since made a donation to the National Police Accountability Project in Yrigoyen’s name.