Ben Affleck and Jennifer Lopez are back in the U.S. following their yacht trip around Europe, but that doesn’t seem to mean the summer 2021 Bennifer PDA tour is over.

Per TMZ, the two were seen out last night in Beverly Hills, where they shared a romantic date night. The site captured an image of them linking arms as they arrived at Oliveta restaurant, where they spent more than two hours, TMZ says.

They also matched in complementary tan outfits; J.Lo wore a top that ties in the front and a matching skirt with strap-y sandals and a cream-colored clutch. Affleck wore a tan suit jacket.

Bennifer delighted celebrity nostalgia enthusiasts last month as they embarked on a European yacht trip that had this writer wondering she hadn’t fallen right back into 2002 (still unclear).

They were seen making out at a Nerano, Italy restaurant, then—later on in the trip—on a dock in Naples. The reunited couple went on a yacht trip to celebrate J.Lo’s 52nd birthday, on which they shared a kiss that J.Lo posted on her Instagram grid. They also recreated the butt-rubbing scene from the Jenny From the Block video. 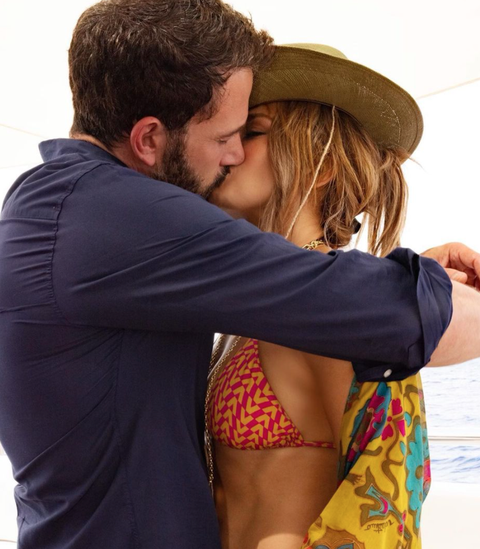 They have also been seen house-hunting in the L.A. area, though as far as sources say, Lopez is looking for a home for just her and her 13-year-old twins, Max and Emme.

“Ben is very settled in his home and it’s close by to his kids,” sources told E! in July. “Jennifer’s house is also a place she likes being and is a good family home.”

Another source told Entertainment Tonight that“friends wouldn’t be surprised if they move in together and ultimately end up together.”

There’s no confirmation on Bennifer’s next plans, but if that yacht trip was any indication, things are only just heating up.