Bernie Mac‘s set to be the subject of a feature film biopic produced by John Legend‘s company, and if the late comedian’s daughter has her way … casting will be a breeze.

Mac’s daughter, Je’Niece McCullough, tells TMZ … since her dad died she’s been asked many times who would be best to play him in a movie, and there are 2 names she’s had in mind for a while. 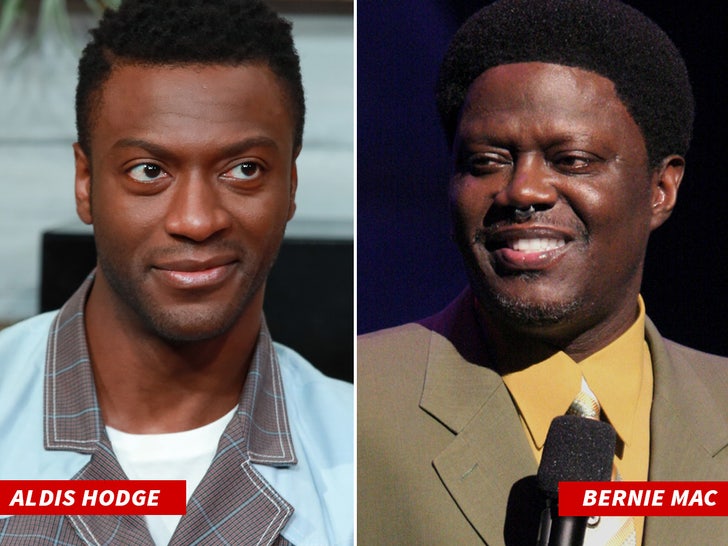 The first is Aldis Hodge — known for his roles on “Leverage” and in “Hidden Figures” — because Je’Niece says he’s a great actor with a similar complexion to Bernie.

He also has major biopic experience — he played MC Ren in “Straight Outta Compton” and more recently, NFL legend Jim Brown in “One Night in Miami.” Je’Niece believes he’s the perfect A-lister to play her dad as an adult.

But, that’s not all … she also has an out-of-the-box option if producers want to portray Bernie in his younger years, and he’s a YouTube star.

His name is Mark Phillips, and Je’Niece tells us her daughter loves him, and always says how much he reminds her of Bernie. She adds that Mark is funny and has the acting chops to capture her dad’s essence.

The just-announced project is a partnership between Legend’s production company, Get Lifted, and Mac’s estate … which Je’Niece says is headed up by her mother.

While they haven’t spoken yet about the film, she thinks Mom will be on board with Aldis and Mark. Now, she’s gotta get John’s ear too.