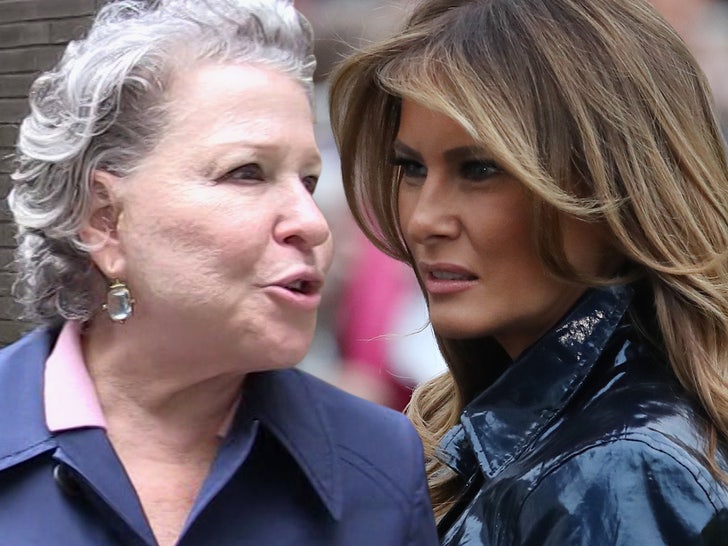 Bette Midler is under fire for making xenophobic comments during Melania Trump‘s RNC speech, tweeting, “Get that illegal alien off the stage!” and “Oh, God. She still can’t speak English.” 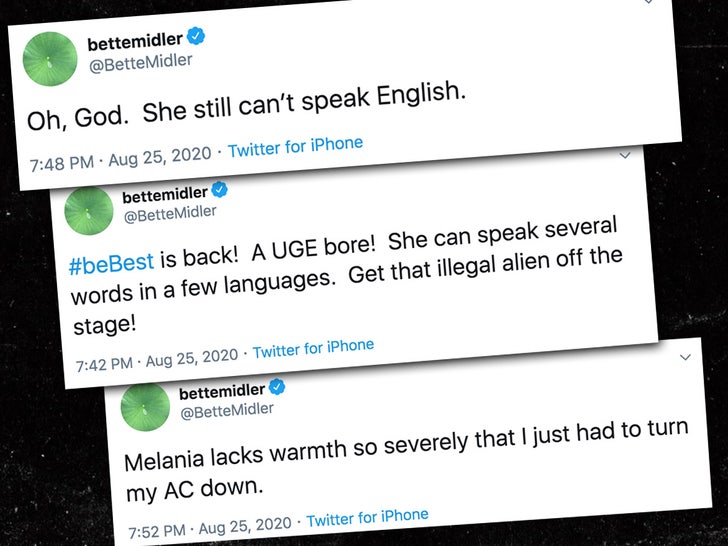 The First Lady gave her speech in the rose garden of The White House, something that has never been done before. There has always been a figurative wall between 1600 Pennsylvania and campaign speeches. President Trump also appeared during the broadcast in The White House, and he drew fire dragging the military into the campaign. Two members of the military opened the doors as Trump made his entrance.

As for Midler’s comments … she is in fact an American citizen. As some pointed out in reacting to Midler … Mrs. Trump speaks 5 languages, Slovenian, English, German, French and Italian.

Melania Trump was the only speaker so far at the RNC who addressed the suffering millions of Americans are dealing with in the midst of the coronavirus pandemic.