The panelists of ‘The Five’ break down the woke mob’s attempted cancellation of dissenting comedian Dave Chappelle.

The streaming giant has stood behind “The Closer,” which critics have decried as “transphobic” over remarks Chappelle made supporting J.K. Rowling in that gender is based in fact, declaring himself on “team TERF” (trans-exclusionary radical feminist). The special has caused a stir among some Netflix employees who have slammed their employer for backing Chappelle.

During his opening monologue Friday night, Maher began by acknowledging that Chappelle was in “hot water,” drawing some grumbling from his audience.

“What the f— was that reaction?” Maher asked. “Everyone needs to Netflix and chill the f— out on this one.”

“Really? Dave’s special is offensive but not the show where the Koreans murder each other for money?” Maher quipped, referring to the hit Netflix series “Squid Game.”

“Really? Dave’s special is offensive but not the show where the Koreans murder each other for money?”

He continued, “I think people jump to conclusions, people haven’t seen it. Just because people call Dave ‘transphobic’ doesn’t mean that he is. Also, Larry? Not a real cable guy.”

Maher’s audience still seemed timid to react to his remarks on the subject.

He warned them: “Well, get used to this because we’re going to be talking about it a lot here.”

“We can’t be afraid to speak in America,” he added.

“We can’t be afraid to speak in America.” 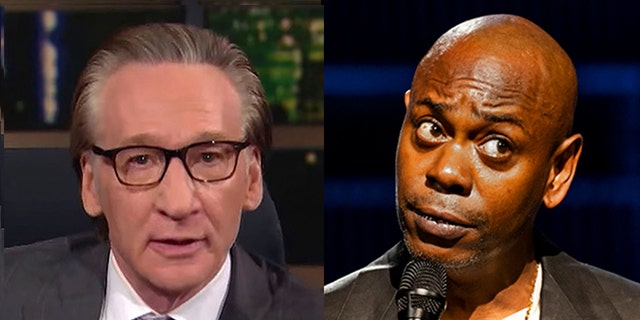 Later in the panel discussion, the HBO star railed against what he described was the “one true opinion” pushed by the “woke” mob, something he insisted doesn’t exist.

“I’m a free-speech guy,” Maher said. “Now, I’m Team Dave but that doesn’t mean I’m anti-trans. We can have two thoughts in our head at the same time.”

“Woke Racism” author John McWhorter responded by highlighting the urgency to challenge the idea of “power differentials” and that anyone who doesn’t toe the line is deemed a “moral pervert and you must be defenestrated and be chased out of the public square.”

“That’s what we’re up against,” McWhorter told Maher. “So that’s why there are some people who believe there’s one truth. They think they found the final solution. They think they are [philospher Immanuel] Kant. They aren’t.”

Maher then pivoted, telling McWhorter, a linguist, that “words have meaning, but not anymore.”

“When I hear ‘transphobic,’ ‘phobic’ has a meaning. Fear. I’m not transphobic if I merely disagree with you. It’s not hate,” Maher said. “One of the reactions from someone who worked at Netflix said, ‘This is not an argument with two sides.’ Well, right away you lost me. ‘It is an argument with trans people who want to be alive and people who don’t want us to be.’ Well, that’s just ridiculous. Dave Chappelle does not want you to not be alive.”

“When I hear ‘transphobic,’ ‘phobic’ has a meaning. Fear. I’m not transphobic if I merely disagree with you. It’s not hate.”

“You know, you’re not automatically right if you’re trans,” Maher continued. “You’re completely equal, you’re just not automatically right and it doesn’t behoove everybody to get their mind around very new changes, I mean, we were boys and girls for a very long time. It’s only been ten years since – how long have we had gay marriage, you know? I mean, talk about the Democratic voter, I’m sure there’s a guy in Ohio going, ‘I just got on board with gay marriage, could you give me a minute?’”

“This idea that we’re not any gender when we’re born is very new and very radical that you’re born, it’s just jump ball! … That’s a very new idea and I’m not sure if I’m down with all of it and I don’t have to be,” Maher added. 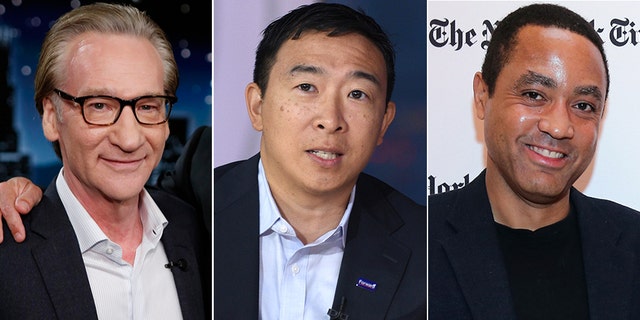 McWhorter responded by saying the members of the woke mob “think themselves as ahead of the curve” and “indicating some sort of higher wisdom” but actually have a “very simple way of looking at things,” equating it to the narrow logic of a “5-year-old.”

Yang added, “Being a comedian seems like a really, really tough job. I think we can agree that comedians’ primary role is to entertain, and it’s sometimes to make us think. But no one thinks it’s a comedian’s role to tell us how to think, or what to think and attributing that role to Dave or any other comedian doesn’t serve art, the artist or society at all.”

“No one thinks it’s a comedian’s role to tell us how to think, or what to think.”

Maher then pointed to the Rotten Tomatoes score of “The Closer,” which earned only 43% approval among critics but a whopping 95% from the audience.

“It says a lot about the differentiation between real people,” Maher said.

He blasted NPR’s review of the Netflix special, which accused Chappelle of “using White privilege to excuse his homophobia and transphobia.

“Wait, now Dave Chappelle can have White privilege? I’m really confused now,” Maher quipped. “Can someone explain that to me? Where does this insanity come from? … I’ve done three editorials on White loathing. It’s like a kink. White people needing to hate themselves. It’s like the guy likes to be whipped and told he’s a worm by some woman with a high heel in his neck. Isn’t it?”

Maher also pointed to the walkout organized by trans Netflix employees and was astonished at how the streaming giant “has a lot of trans people working there.”

“Isn’t that a story in itself? You know, doesn’t that say this company is pretty enlightened to begin with?  I mean, sometimes you can ask for too much, even if you’re a minority,” Maher said, adding, “Crazy-thought talk, I know.”