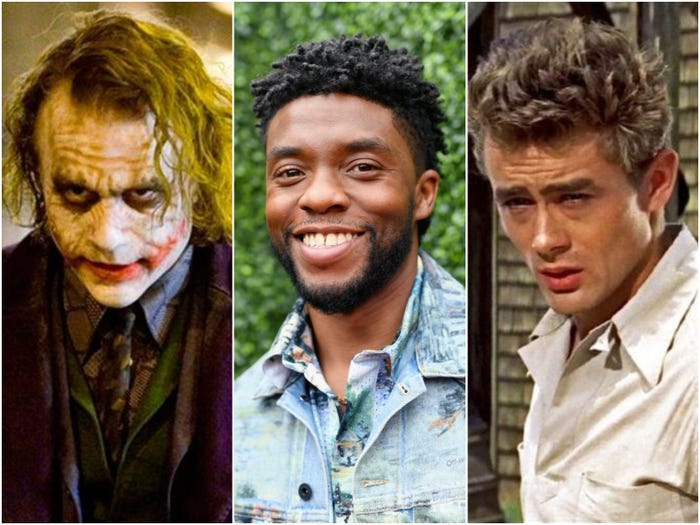 Critics' reactions to "Ma Rainey's Black Bottom" are starting to trickle in and Chadwick Boseman's final onscreen performance is being touted as "as invigorating as anticipated."

That's good news not only for Boseman's legacy, but also for the late actor's Oscar chances, which are high this year since he has not one but two movies for which he could potentially be nominated.

The first is the aforementioned "Ma Rainey's Black Bottom," in which he is being campaigned in lead actor by Netflix. Starring opposite Oscar winner Viola Davis, Boseman plays trumpeteer Levee, an enigmatic and ambitious musician.

Some have argued that he may have been better placed in supporting, where he might have more of a chance to win, but Netflix have decided he is best placed in lead since he has a commanding presence in the adaptation about a 1920s blues singer.

It's a shrewd decision given the fact that the second movie Boseman could be nominated for is also a Netflix movie: Spike Lee's "Da 5 Bloods." Boseman plays "Stormin'" Norman Earl Holloway, the leader of a squad of Black US Army soldiers during the Vietnam war.

This role is more clearly a supporting one — Boseman appears in flashbacks during the Vietnam War timeline, wherein the present day story follows Delroy Lindo's character, Paul, travelling back to Vietnam many years later.

The actor, then, could theoretically earn two Oscar nominations this awards season, in the same way Jamie Foxx did back in 2005 when he was nominated in supporting actor for "Collateral" and won in lead actor for "Ray," a biopic of blind singer Ray Charles.

If he did manage to earn one or even both of those nominations, he would be only the seventh actor to earn a posthumous Oscar nomination. If he were to win, he'd just be the third actor to win posthumously ever.

Scroll down for a full list of actors nominated posthumously for an Academy Award. 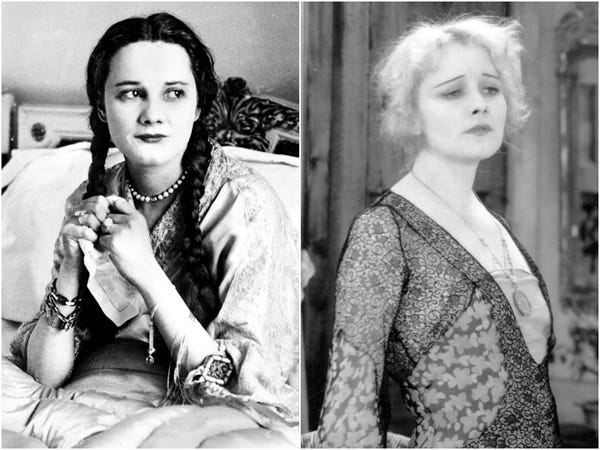 Eagels was nominated for playing a married woman, who becomes bitterly jealous and shoots her lover, only to be brought to trial for the murder. Eagels lost the award to Norma Shearer, who won for "The Divorcee."

The actress, who suffered with addictions from alcohol to heroine, died in 1929 at just 39. Her death was attributed to an overdose of choral hydrate, which she took to help her sleep. 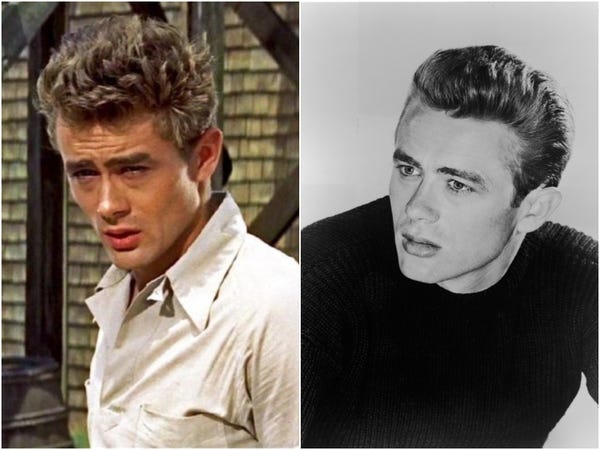 James Dean was one of the youngest and most exciting young talents around before his sudden death in a car crash in 1955. He only 24.

However, Dean left a legacy behind, with movies such as "East of Eden" contributing to his esteemed filmography.

He earned a posthumous best actor nomination for this movie, playing a lost young man desparately seeking the affection of his father, who prefers his other son.

Dean lost the award to Ernest Borgnine, who won for "Marty. 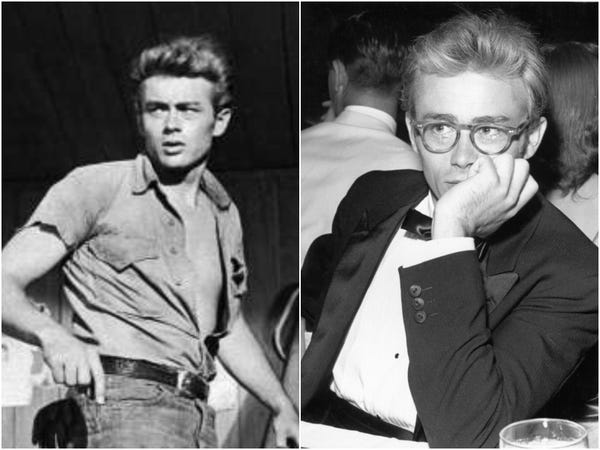 With this nod, Dean earned back to back Oscar nominations and became (and still is) the only actor to receive more than one posthumous nomination.

Dean played a Texas rancher in this three and a half hour epic.

He lost the award to Yul Brynner, who won for "The King and I."

In 1968, Spencer Tracy was given the nod for best actor for "Guess Who's Coming to Dinner" 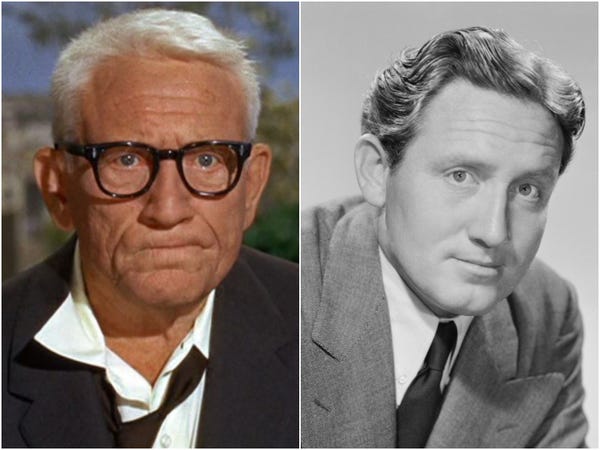 Spencer Tracy had already won two Oscars by the time this posthumous nod came around. He won back to back best actor awards in 1938 and 1939 for "Captains Courageous" and "Boys Town," respectively.

Tracy died in 1967 from a heart attack at 67 years old, just 17 days after he finished filming "Guess Who's Coming to Dinner."

He starred in the film with his then-partner Katharine Hepburn. He and Hepburn played a couple whose attitudes are challenged when their daughter brings home her Black fiancé (Sidney Poitier).

Hepburn won best actress for this movie, but Rod Steiger, who won for "In the Heat of the Night," stopped Tracy from winning a third Oscar. 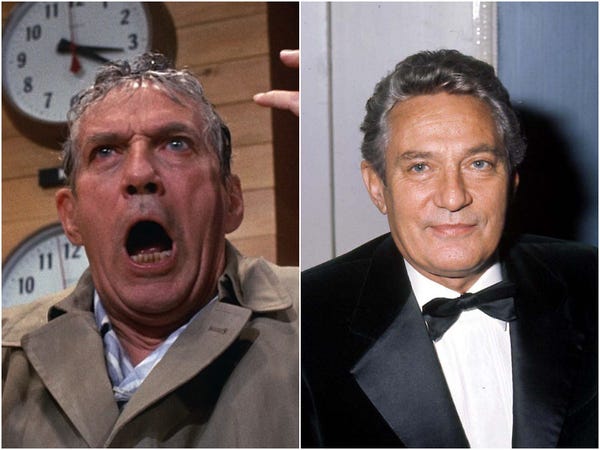 Peter Finch died of a heart attack in 1977, at 60, and shortly after became the first person to win an acting Oscar posthumously.

He did so for "Network" in which he played TV news anchor Howard Beale, who becomes crazed and unhinged as he rants about the news media.

In 1985, Ralph Richardson earned a supporting actor nomination for "Greystoke: The Legend of Tarzan, Lord of the Apes" 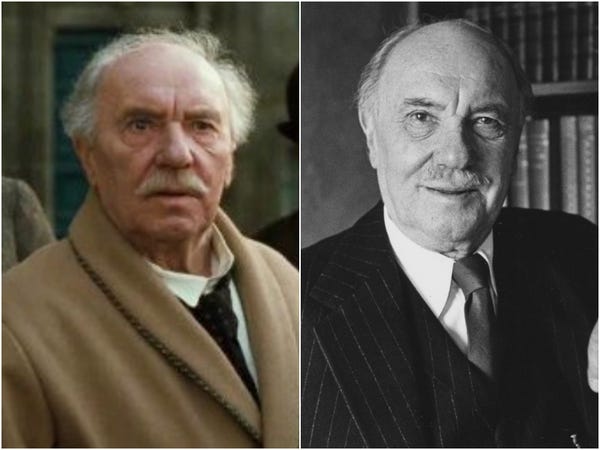 Ralph Richardson died at 80 years old in 1983 after suffering a series of strokes towards the end of the year.

He was nominated posthumously for his role in "Greystoke: The Legend of Tarzan, Lord of the Apes" in which he played the sixth Earl of Greystoke whose memory and wits detoriate from grief.

Ngor is the only actor of Asian descent to win the best supporting actor Oscar. 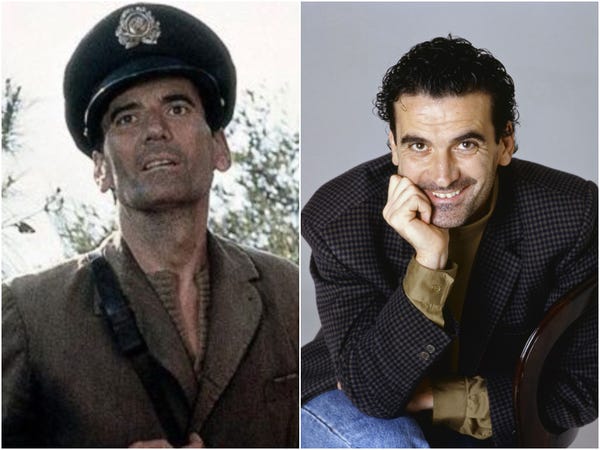 Massimo Troisi's last movie was "Il Postino" ("The Postman"), which he finished filming just 12 hours before his death.

For this movie in which he played a postman who uses his newfound love of poetry to woo a woman, Troisi actually received two posthumous Oscar nominations — one for best actor and one for adapted screenplay, which he shared with four others.

Troisi lost the Oscar to Nicolas Cage, who won for "Leaving Las Vegas," and lost the adapted screenplay trophy to Emma Thompson who won for "Sense and Sensibility." 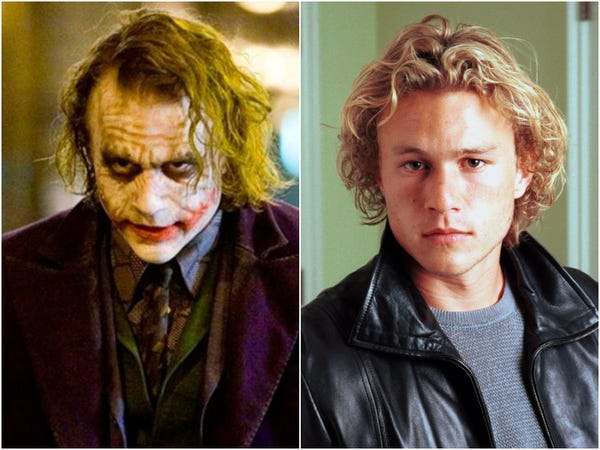 Ledger died in early 2008 from an accidental overdose of prescripted drugs. He was 28 years old.

With this win, Heath Ledger became only the second actor to win an Academy Award posthumously, and the first to win in the supporting actor category.