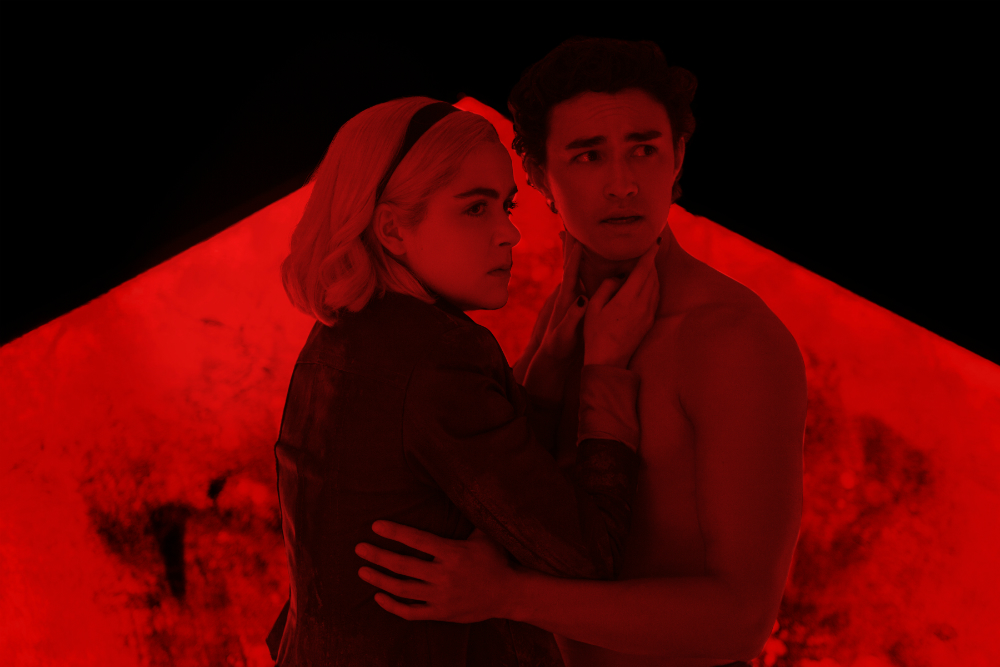 In more Netflix’s cleaning house news, the dark teen supernatural series, Chilling Adventures of Sabrina, will be finishing with a “part four” run later this year. The successful Riverdale spinoff centers around Sabrina the Teenage Witch as she straddles the line between her human side and her witchy side. And, like most CW content, a whole cast of beautiful people populate both worlds. The show was picked up by Netflix for its second season, after a very successful first season on the CW. The show was renewed for a 16-episode order that would be split between parts three and four. The announcement from Netflix that the show would finish with part four comes on the heels of showrunner Roberto Aguirre-Sacasa’s other Riverdale spinoff, Katy Keene, being cancelled as well as Netflix announcing the end of other popular shows Ozark, The Kominsky Method and Dead to Me.

Netflix is wrapping up another show.

The streamer announced Wednesday that Archie-verse drama The Chilling Adventures of Sabrina will end when it returns later this year for “part four.”

“Working on Chilling Adventures of Sabrina has been an incredible honor from day one. The cast, beginning with Kiernan as everyone’s favorite teen witch, has been an absolute joy. I am beyond thankful to the crew, writers, editors, assistants, and everyone for pouring so much love into this dark dream of a show,” said showrunner Roberto Aguirre-Sacasa. “I’m also grateful to our partners at Netflix, Warner Bros., Berlanti Television and Archie Comics for letting us tell the story we wanted to tell, the way we wanted to tell it. We can’t wait for everyone to see part four.”

The show was renewed in late 2018 for “parts three and four” — aka seasons three and four — as part of a 16-episode order. Sources note that Netflix splits up seasons into two parts for select shows as part of a budget-conscious approach to select programming. While Netflix, like other streamers, does not release viewership information, Sabrina’s first “part” had a favorable 80 percent audience score on Rotten Tomatoes (and a 90 percent among critics). After its first three parts, it now has an 84 percent rating among critics and a 69 percent with viewers.

[From The Hollywood Reporter]

I really enjoyed parts one and two of Sabrina. I watch as much witch content as I can and Sabrina had a nice balance of lore and super dark content. Not overly gratuitous, but certainly not your usual teen-show fare. That said, I did not realize until researching this story that’d I forgotten to watch part three, which began streaming in January of this year! Looking at the percentages from THR, maybe my subconscious was protecting me.

I did not watch, nor do I know anything about Katy Keene, but for the rest of the cancelled shows, my guess is that Netflix and other content providers will be shifting away from dark content in the aftermath of the pandemic, at least for their series. I suspect people only have to open their front door to encounter that so they’re going to want entertainment that makes the forget about the depressing realities of life. Sabrina, of course, is not an honest reality, but it dealt with adolescents battling an establishment, some of whom were parental figures, with an archaic, destructive ideology. The youths ultimately sought to oust the tyrannical leader, who was fine to watch them all die, to live a more harmonious existence. So maybe not our actual reality, but a metaphor at least. I’m sorry to see Sabrina go but the story had done quite a bit and it probably is time to say goodbye. The whole cast was fun to watch as they chewed up the scenery so if this frees them up for bigger and better things, more power to them. 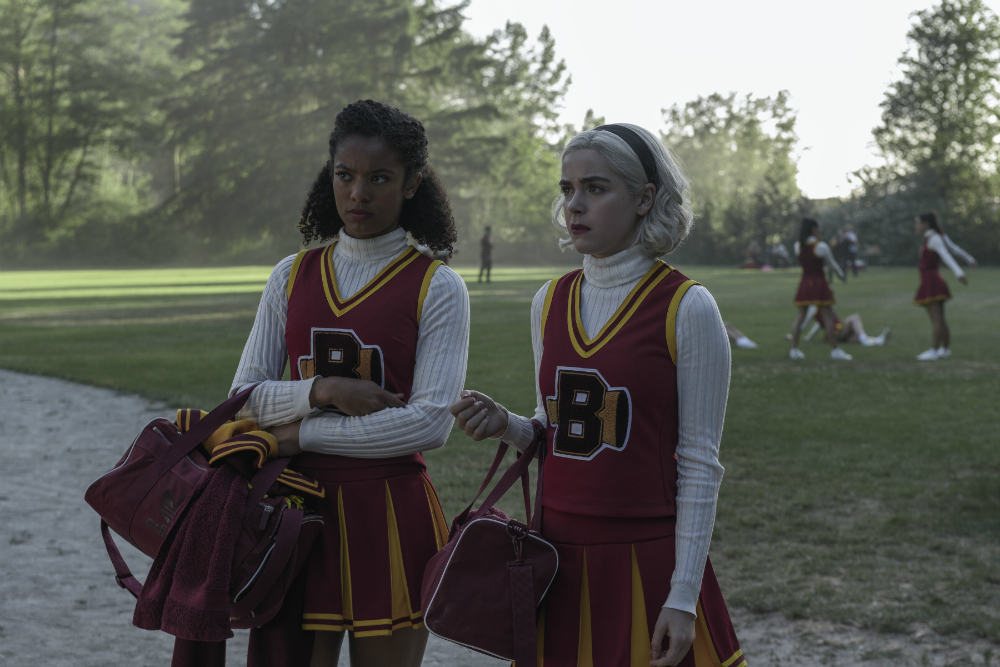 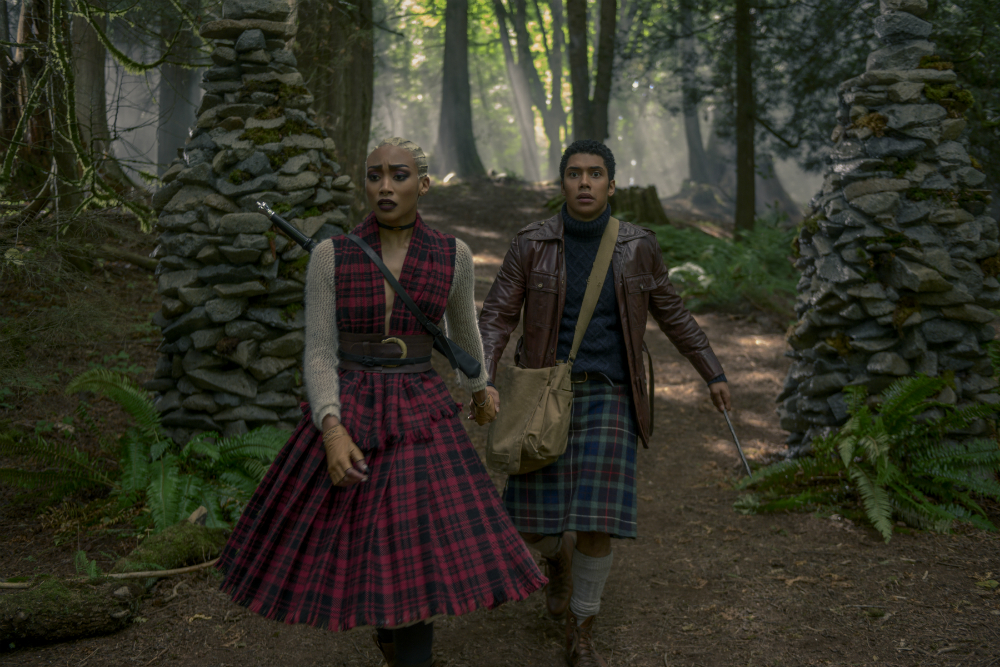 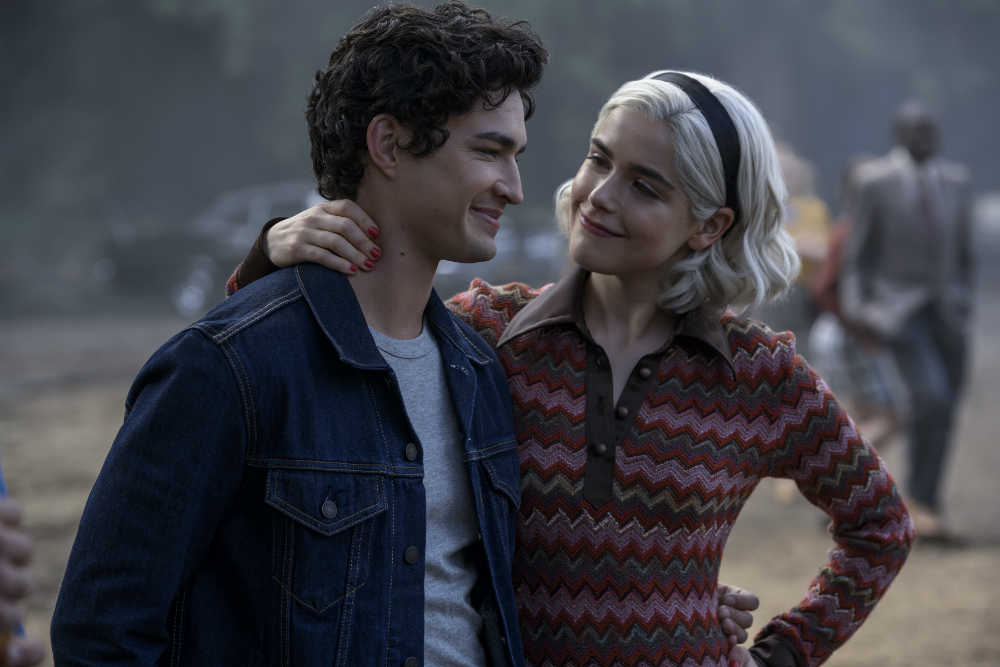