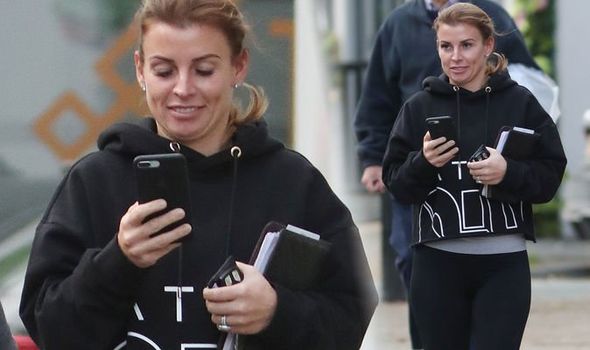 The wife of footballer Wayne Rooney, 33, stepped out in a sporty ensemble and was seen checking her phone as she ran errands in the town amid the drama.

Earlier this morning, Coleen took to the social media site to share a message with her 765,000 followers accusing Rebekah’s account of “consistently informing” the press of her private posts and stories.

She captioned the post: “This has been a burden in my life for a few years now and finally I have got to the bottom of it……”.

In the post, the mum-of-four, who shares sons Kai, nine, Klay, six, Kit, three and Cass one, with her husband of 11 years, claimed she has screenshots to “prove” that one account leaked the “false stories” she had planted.

During her outing today, Coleen was casually dressed in a pair of skintight leggings, black hoodie and trainers.

She was snapped stopping off at a cash machine before visiting a local coffee branch.

In this morning’s post Coleen said: “For a few years now someone who I trusted to follow me on my personal Instagram account has been consistently informing The Sun newspaper of my private posts and stories.

She added: “I have saved and screenshotted all the original stories which clearly show just one person has viewed them. 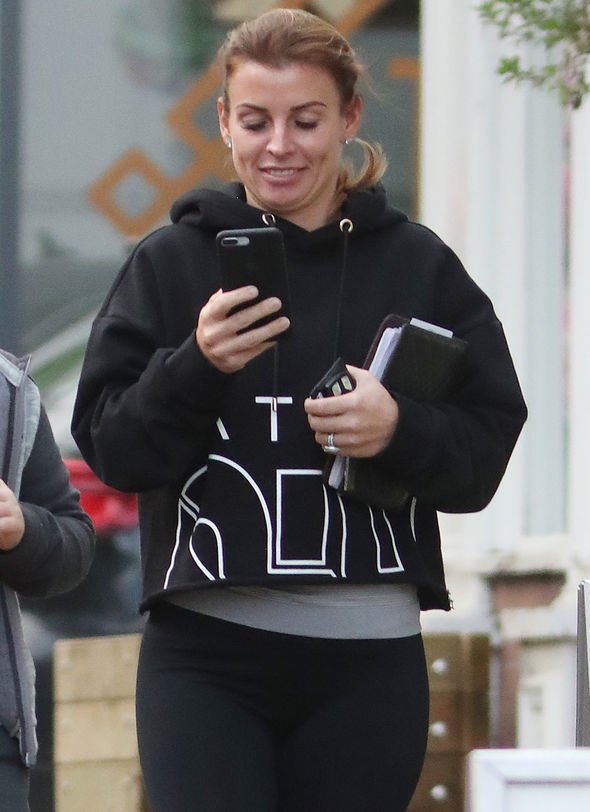 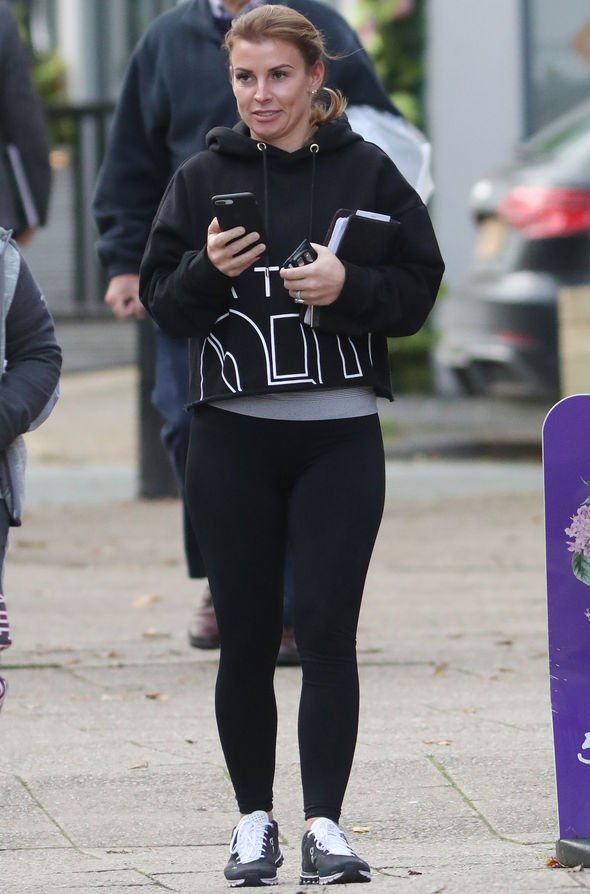 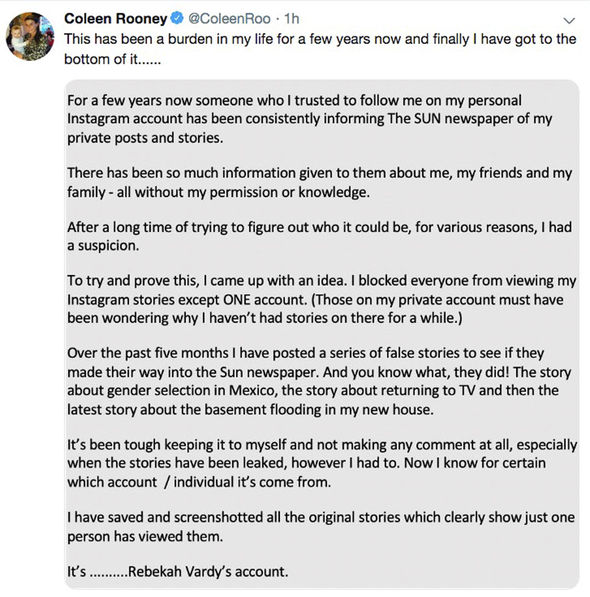 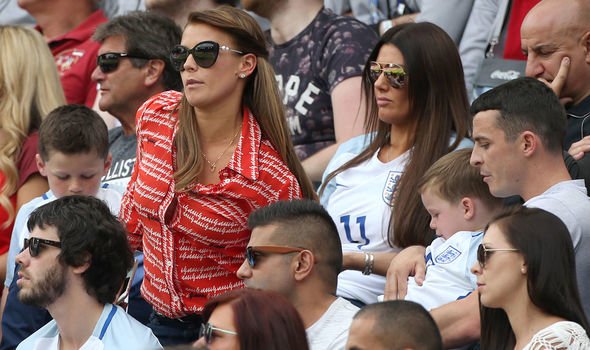 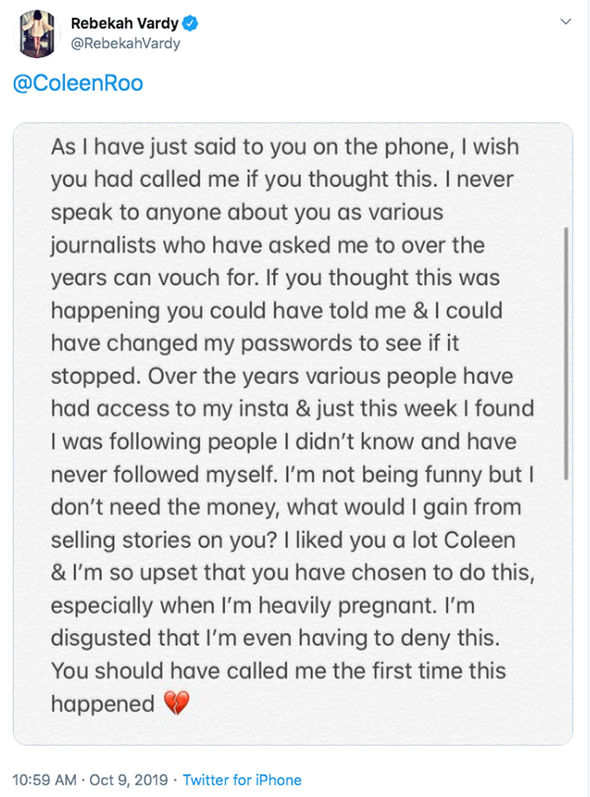 Rebekah, 37, has since denied the claims in a tweet to Coleen in view of her 78,000 followers.

She said: “I never speak to anyone about you as various journalists who have asked to over the years can vouch for.

“If you thought this was happening you could have just told me and I could have changed my passwords to see if it stopped.”

Rebekah, who is currently pregnant with her fifth child, continued: “Over the years various people have had access to my Insta & just this week I found I was following people I didn’t know and have never followed myself.

“I liked you a lot Coleen and I’m so upset that you have chosen to do this, especially when I’m heavily pregnant. I’m disgusted that I’m even having to deny this.”