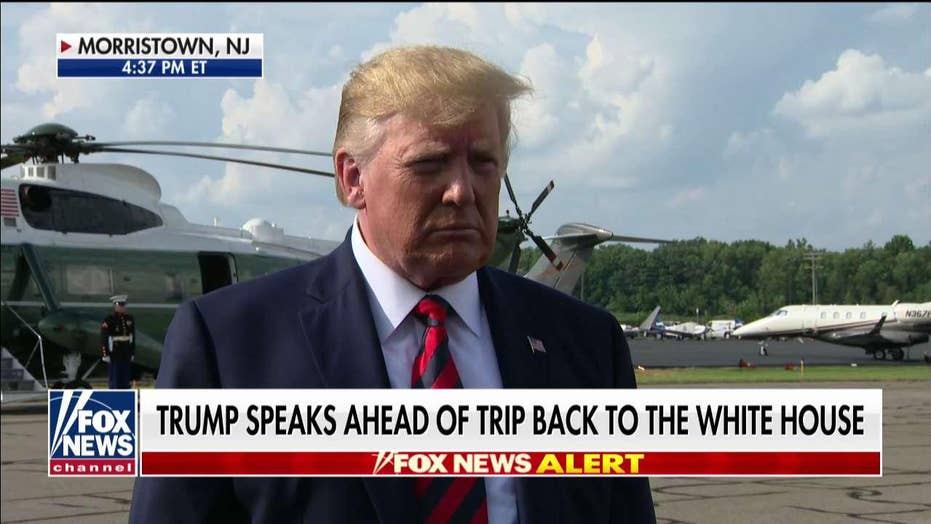 President Trump speaks out about possible purchase of Greenland

President Donald Trump commented on rumors that he is having his administration look into purchasing Greenland while speaking to reporters, outside of Marine One on Sunday.

"Conan" host Conan O'Brien is offering his negotiation skills to President Trump after it was reported that the president has expressed serious interest in buying Greenland.

"A lot of people have kind of been making fun of the idea for the past day or so… but not me," O'Brien told his audience Monday. "You see, I want to give the President Trump the benefit of the doubt. What if we, the United States, did buy Greenland? It might just be a good idea. It seriously might. And as the elder statesman of late-night, what if I negotiated the deal?"

After sparking some laughs, the TBS host doubled down.

"Seriously, what if I handled this historic negotiation?" O'Brien said. "I have as much, if not more, negotiating experience as Trump. I mean c'mon, an 11 o'clock timeslot on TBS, you don't just get that!"

Despite Denmark insisting that Greenland is "not for sale," the late-night comedian is convinced otherwise and warned that China will snatch it with "all cash."

"So alright, Denmark, you want to play hardball? I'm ready to sweeten the deal," O'Brien said. "We could do a straight trade: Greenland for Florida."

The "Conan" host then highlighted some perks of being part of the United States, like being "enrolled in the U.S. health care system," and never being cold by being "American fat."

He also announced that he was going to make an actual visit to the icy nation as part of his "Conan Without Borders" special.