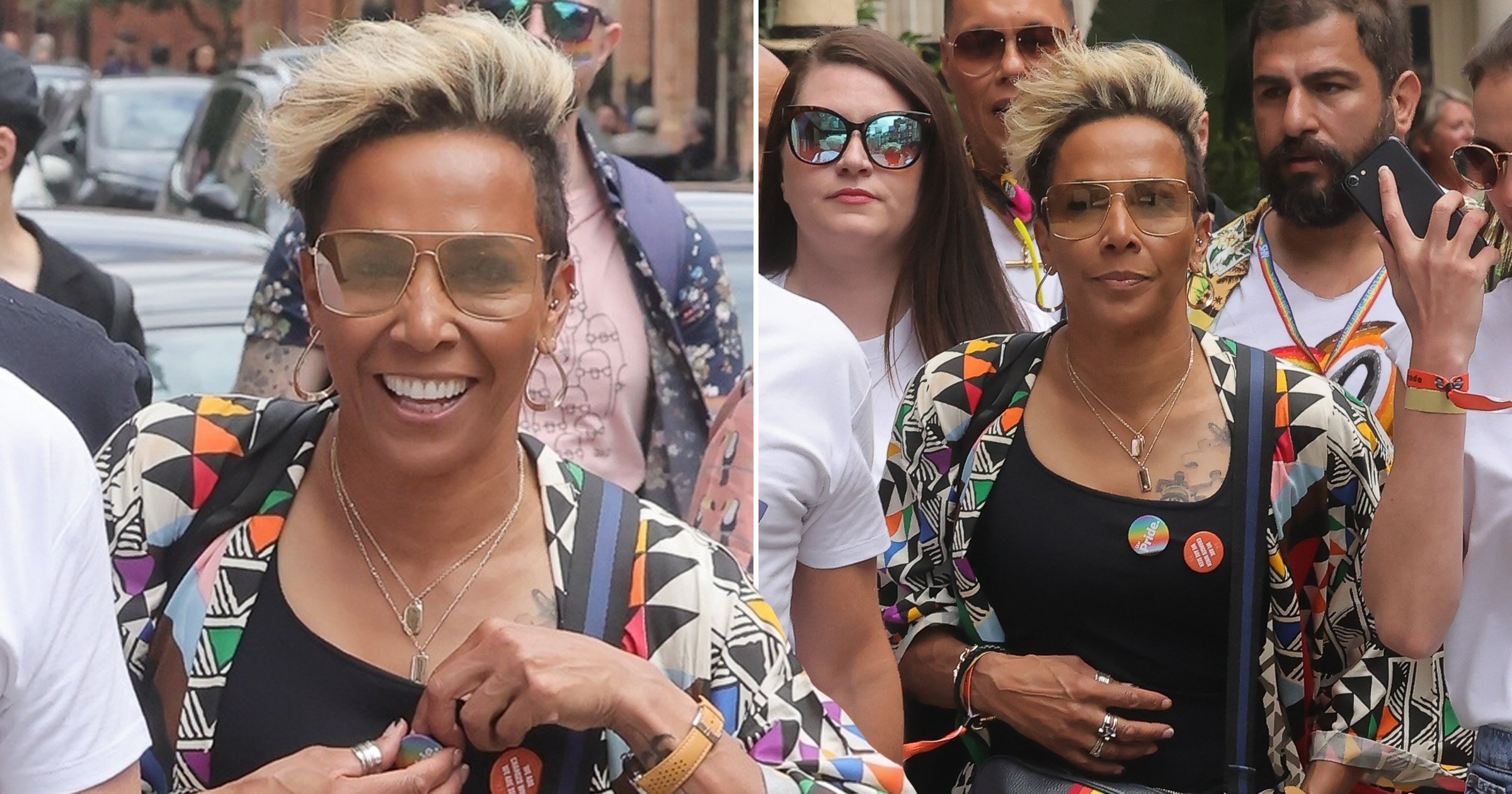 The athlete, 52, was seen beaming with joy as she headed to London Pride, wearing denim shorts, a black top and a colourful kimono with a rainbow flag trim at the bottom.

Dame Kelly completed the look with sunglasses and a black cross-body bag which also featured a rainbow stripe down the middle.

She was joined by Alison Hammond and Phillip Schofield, who both wore white T-shirts with the ITV logo in rainbow colours.

Dame Kelly had publicly come out as gay just two weeks beforehand, having felt she had to hide her sexuality for 34 years for fear of persecution.

She revealed that she had first realised she was gay at the age of 17 in 1988 when she kissed a female comrade while was a soldier in the Women’s Royal Army Corps.

The sports star revealed that she kept her sexuality hidden for fear of being persecuted as same-sex relationships were banned in the force, but it was the pandemic that spurred her on that it was finally time to be her ‘real self’ after having breakdowns and suicidal thoughts from having to hide.

Dame Kelly told the Sunday Mirror that she finally felt ‘free’ after coming out, adding: ‘I needed to do this now, for me. It was my decision.

‘I’m nervous about saying it. I feel like I’m going to explode with excitement. Sometimes I cry with relief. The moment this comes out, I’m essentially getting rid of that fear.’

Phillip, 60, also came out later in life, doing so on Instagram in February 2020, before sharing more on his decision to speak out publicly on an episode of This Morning.

This year marks 50 years of Pride, so it seems only fitting that Metro.co.uk goes above and beyond in our ongoing LGBTQ+ support, through a wealth of content that not only celebrates all things Pride, but also share stories, take time to reflect and raises awareness for the community this Pride Month.

And we’ve got some great names on board to help us, too. From a list of famous guest editors taking over the site for a week that includes Rob Rinder, Nicola Adams, Peter Tatchell, Kimberly Hart-Simpson, John Whaite, Anna Richardson and Dr Ranj, as well as the likes of Sir Ian McKellen and Drag Race stars The Vivienne, Lawrence Chaney and Tia Kofi offering their insights.

During Pride Month, which runs from 1 – 30 June, Metro.co.uk will also be supporting Kyiv Pride, a Ukrainian charity forced to work harder than ever to protect the rights of the LGBTQ+ community during times of conflict, and youth homelessness charity AKT. To find out more about their work, and what you can do to support them, click here.