Not kidding! Dan + Shay did not believe it when they were asked to sing at Joe Jonas and Sophie Turner’s secret wedding in Las Vegas after the 2019 Billboard Music Awards. 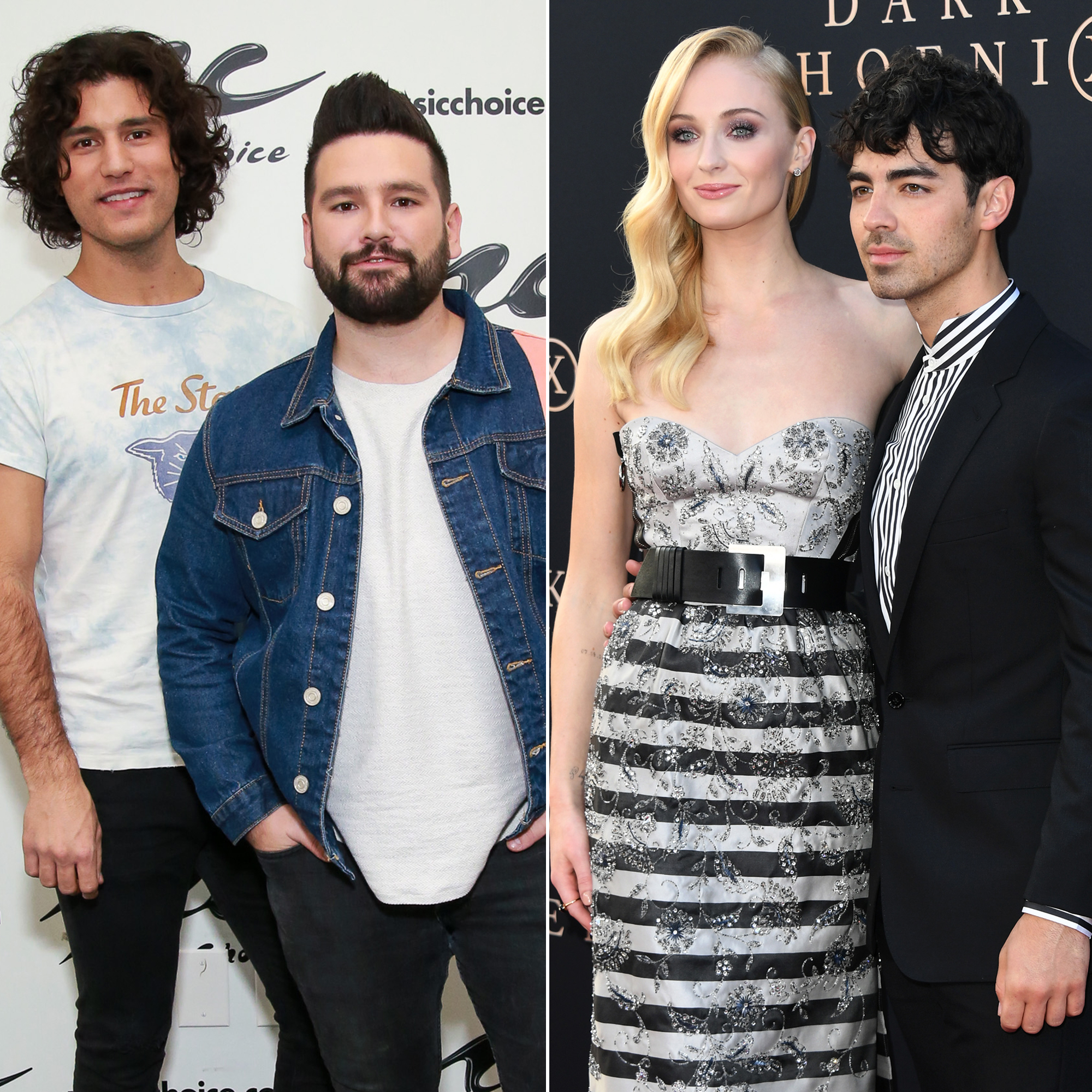 “We were, like, so hush about it,” Dan Smyers of the country music duo revealed during the Friday, June 28, episode of the Today show. “They texted us a few days before. We thought it was like a prank, and we’re like, ‘Sure, we’ll do it.’ We were so DL. We didn’t tell anyone on our team. We’re like, ‘We just have this engagement after the award show.’”

However, Diplo blew the duo’s cover by live-streaming the wedding. “We get there and our phones are blowing up and everyone’s like, ‘Diplo’s live on Instagram and he’s doing this wedding and you guys are singing. This is so crazy,’” the 31-year-old singer recalled. “I think still to this day we’re like, ‘Should we talk about this?’”

Smyers and Shay Mooney performed their hit “Speechless” as Turner, 23, walked down the aisle in May.

Us Weekly exclusively reported that the Dark Phoenix star and Jonas, 29, plan to tie the knot again in France this month. The couple, who got engaged in October 2017, have been spotted around the European nation as the nuptials draw near.

The more formal ceremony will not leave behind the fun of the initial event either. “Joe and Sophie want to have a huge party,” a source told Us in May. “The decor is going to be sophisticated, but there’ll be some kitschy elements, including a really wild cake. There’ll be a live band, and the Jonas Brothers are expected to take the stage.”

In the midst of planning, Jonas and Turner relished in their relationship status change. “They’re enjoying the newness of being married and being able to call each other ‘husband’ and ‘wife,’” an insider said. “They’re just super happy.”