Between Marvel and DC, it seems like every actor has starred in a superhero movie at some point, some more prominently than others. While fans recognize Ryan Reynolds as the titular hero from Deadpool, Stanley Tucci starred as Dr. Erskine, who gave Captain America his serum. And now, it seems Deadpool harbors a bit of a crush on the Super Soldier doctor. 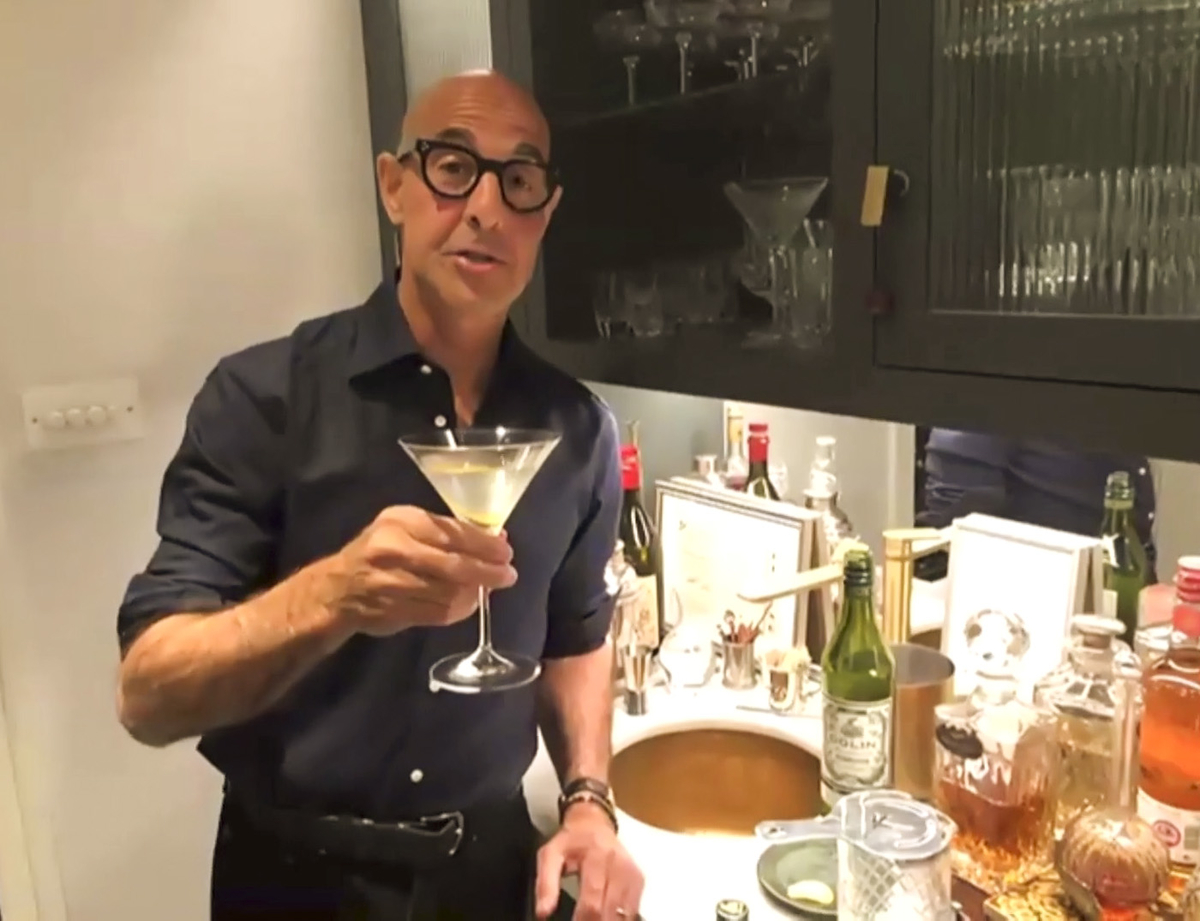 Reynolds has kept up on the Tucci cooking videos

The pandemic forced creatives to find new ways to express themselves on a limited budget and few people involved. For Tucci, that meant digging into his love of cooking.

“Cooking has long been a passion for Tucci, who will release his food-influenced memoir, Taste: My Life Through Food,” Us Weekly reported. “Even before he went viral with his home cocktail and culinary videos during the pandemic, he was publishing recipes, starting with 2012’s The Tucci Cookbook.”

Tucci proved he could concoct more than just a mean Super Soldier Serum.

However, plenty of viewers look beyond Tucci’s cooking skills, including actor Ryan Reynolds.

Under a clip of the Captain America actor making pasta, Reynolds apparently could not contain himself any longer.

“Dear god, you are a SNACK,” Reynolds said.

If Deadpool ever manages to meet Dr. Erskine (as bizarre of a pair that would make), Reynolds might have the chance to try some of that Tucci cooking.

During a February 2021 interview, Tucci said that he cooked for his co-stars and friends.

“I cooked for Colin [Firth] when I did Supernova. We’ve been friends for a long time, so we’re in each other’s kitchens,” Tucci told the Associated Press. “His wife is a wonderful cook. I love to do it. I like to eat what I like to eat.”

Tucci forms bonds and friendships with his co-workers and their family’s as well. If he wants to eat, he might as well eat something he prepared.

“I don’t want to go and eat some hamburger someplace in the middle of nowhere. I’d rather take the time and put in the effort to make myself something good,” Tucci said.

Besides the practicality of cooking (everyone needs to eat), he loves doing it.

Reynolds and Tucci both belong to the Marvel Cinematic Universe

While the first two Deadpool took place in Fox’s X-Men universe, the third reportedly occurs within the Marvel Universe.

Dr. Erskine did not stick around in the Marvel Cinematic Universe for too long, but he still played a pivotal role. Meanwhile, Deadpool is no stranger to time travel.

OK, maybe meeting on a Marvel set is a longshot for Reynolds and Tuuci.

Tucci would likely be all too eager to cook for Reynolds, though. From the unique cuisines he makes in his Instagram videos to the recipes in his books, Tucci’s cooking skills cover plenty of ground.

Who knows what would then come from the Merc with a Mouth with a delicious meal before him.