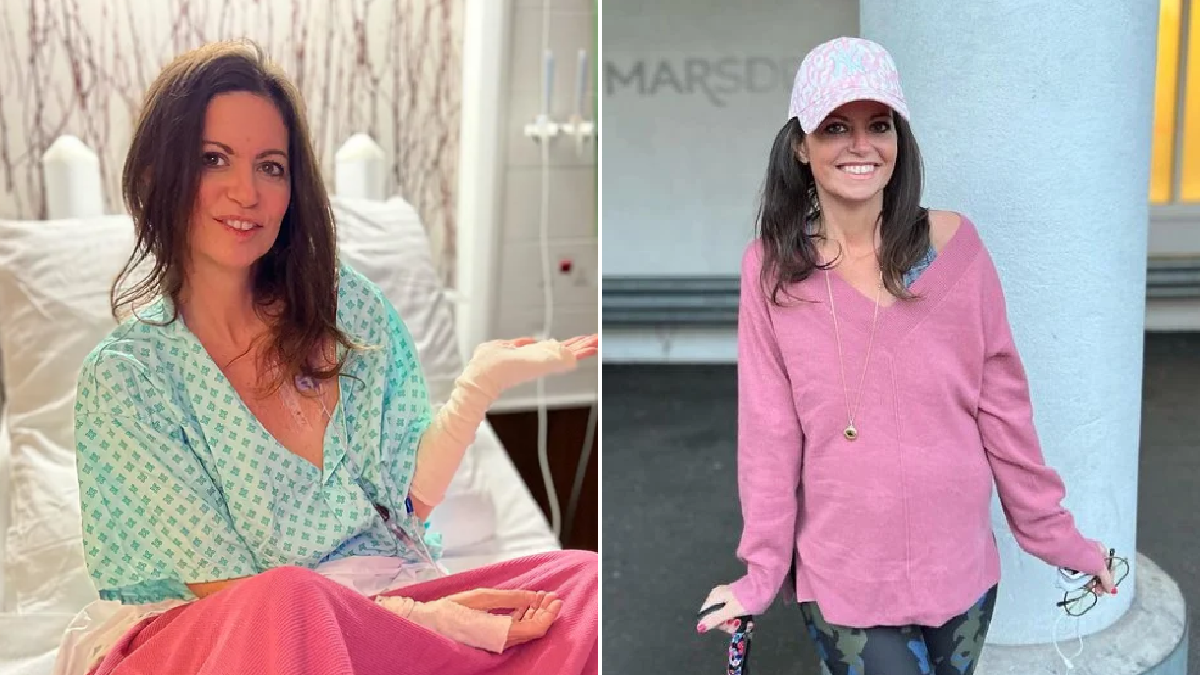 Deborah James is unsure of her life expectancy after stopping cancer treatment, but has said it could be ‘weeks at most’.

The broadcaster, 40, announced the devastating news that she is now receiving hospice care at home with her bowel cancer becoming terminal.

Her final episode on BBC podcast You, Me & The Big C was released on Tuesday and featured her last on-air conversation with producer Mike.

Despite the gravity of her situation, Deborah remained remarkably composed for much of the 30-minute episode, even when discussing how much longer she expects to live for.

When asked about the book she began writing about her health ordeal, the author told Mike: ‘It’s almost three quarters of the way there and one of my weekend emails that I have to now tie up.

‘I’m wondering, will my book ever be published? I’m sure it will.’

She then added: ‘The problem is is no one can give you a time estimate.

‘I know I definitely don’t have months, the hospice assessed me yesterday and said it depends what my body does really, it could be weeks at most really but nobody, even doctors, they just don’t know because it just takes a few things and that’s it, or you might improve for a bit.

Deborah started the You, Me & The Big C podcast in 2018 – two years after she was diagnosed with stage four bowel cancer – to give comfort to others going through a similar ordeal.

Reflecting on the podcast, she said: ‘It’s meant everything.

‘Having cancer and meaning that I still have purpose in my life – because I suppose you think you have cancer and you think “my life is over” – doing the podcast has given me purpose back because it’s made me realise the impact you can have on another person and saving another life or making somebody not feel alone.

‘I feel utterly blessed to have had these opportunities because of my cancer, yes I would give my cancer up in a second just to have a normal life again, but to be able to do it and to feel like you’ve had an impact is kind of one of the best feelings you can have.

‘I’ve never felt alone because of it.’

In one final message to her heartbroken listeners, Deborah said: ‘Check your poo.’

Since sharing her final Instagram post on Monday, the mum-of-two has raised over £1million through her Bowelbabe Fund, with donations set to go to the charities that have helped her throughout her illness.

In her final column with The Sun, Deborah admitted her biggest upset of all is not being able to see her children grow up.