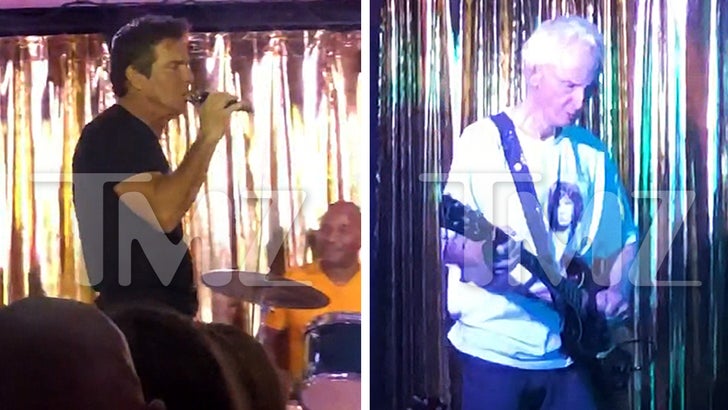 Dennis Quaid knows how to seize a good opportunity — when he gets the chance to play Jim Morrison in a Doors spinoff band … he takes it.

The actor was in the crowd for the very first show of Doors guitarist Robby Krieger‘s aptly-named new band, The New Experience, at the Viva Rancho Cantina in Burbank Thursday night.

We’re told about halfway through their jazzy blues set, Quaid hopped on stage to take over lead vocals on a cover of one of the famed L.A. band’s classic songs … “Riders on the Storm.”

Check it out … Dennis has the style, swagger and voice to pull it off, and the crowd loves it. Everybody digs Robby’s vintage guitar solo too.

BTW, Krieger’s band is a supergroup project of sorts. Along with The Doors connection, it features other musicians who have played with the likes of Aretha Franklin, Prince and Annie Lennox.

And, if you think Quaid looked a little too comfortable up there, it’s because it’s not his first rodeo. He has his own band called Dennis Quaid and the Sharks … and they cover the same tune.