Donald Trump held yet another political rally on Friday night — this time in South Dakota, at the base of Mount Rushmore.

It was a smaller rally than most of his have been, with just 7,500 people in attendance, but even then it was dangerously concerning, as there appeared to be almost no face masks being worn in the crowd. To make matters worse, the people were flung together in very close quarters — TMZ reports the event’s chairs were actually zip tied together due to fire code regulations, so it was a tightly-packed house there on the Great Plains.

Trump was in a nasty mood at the rally, which purposefully used the four carvings of the Presidents at Mount Rushmore as a backdrop after activists and protesters have begun to gain momentum with their opinion that the entire carving should be taken down. Speaking about those protesters at one point, the President asserted they were trying to “end America,” and added (below):

“…they are engaging in a merciless campaign to wipe out our history, defame our heroes, erase our values, and indoctrinate our children … We will expose this dangerous movement, protect our nation’s children, end this radical assault and preserve our beloved American way of life.”

Quite a lot of ‘us vs. them’ stuff in every one of his speeches… such a divider! Can never unite us! What a useless President!!!

Right before the rally, Trump’s team got very bad news, too: Donald Trump Jr.‘s girlfriend and former Fox News TV host and anchor Kimberly Guilfoyle tested positive for COVID-19. Immediately, she and Baby Donald moved to self-isolate; Trump Jr. apparently did not test positive for the disease at last report.

Trump’s campaign also eventually released a statement about the positive test, noting the pair has now officially canceled all of their public events for the foreseeable future:

Obviously, with Trump and Vice President Mike Pence so dead-set against wearing masks, this kind of stuff could keep hitting very close to home with greater and greater personal risk to themselves if they’re not careful. But will they self-isolate, or quarantine, or even just practice social distancing?! Ha! Yeah right! Not those two buffoons…

BTW, here are some of the lowlights from Trump’s speech on Friday night in front of Mount Rushmore, if you care to watch our oafish leader stumble through a few sentences:

When will this national nightmare be over again? November, right? PLEASE let it be November… we can’t take much more of this crap…

How about U, Perezcious readers? Any thoughts on the South Dakota rally, and/or Guilfoyle’s positive test? Sound OFF down in the comments (below)… 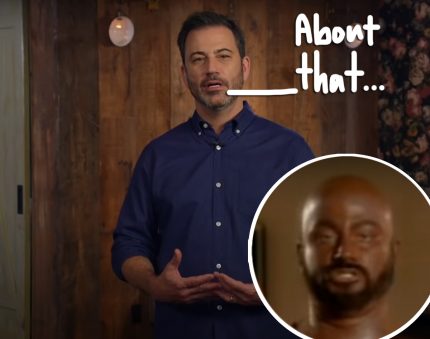