SPOILER ALERT – Do not continue reading if you don’t want to know what happened on Dancing With the Stars!

There was a big mix-up during the results portion of Dancing With the Stars!

Tyra Banks, the new host, was calling out the couples that were safe, but then realized there were still three couples remaining on stage when she thought she reached the bottom two.

After announcing that actress Anne Heche and former football player Vernon Davis were in the bottom two, she realized something was wrong and she waited for the control room to provide her with the actual results.

The bottom two this week were Anne Heche and partner Keo Motsepe and Cheer‘s Monica Aldama and partner Val Chmerkovskiy.

The couple sent home was… 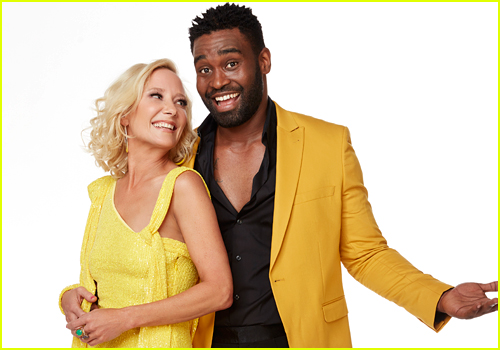 By a vote of 3-0, the judges decided to save Monica and send Anne home.