The ‘Friday’ actress is seen dancing around to celebrate the victory of his fiance’s team Boston Celtics against the Miami Heat, which earned their place in the league’s annual championship series.

AceShowbiz –Nia Long is one extremely proud and happy fiancee. After Boston Celtics secured their spot in NBA finals, the “Friday” actress was seen ecstatically dancing as she celebrated her fiance and the basketball team’s head coach Ime Udoka‘s feat in reaching the final of the league’s annual championship series.

On Sunday, May 29, the “Are We There Yet?” actress took to her Twitter account to let out a clip of her dancing around in commemoration of the achievement. “Yes!!!” she wrote in the caption of the video. Her excitement came because the Celtics won over the Miami Heat, earning them a chance to face Golden State Warriors in the 2022 NBA finals. 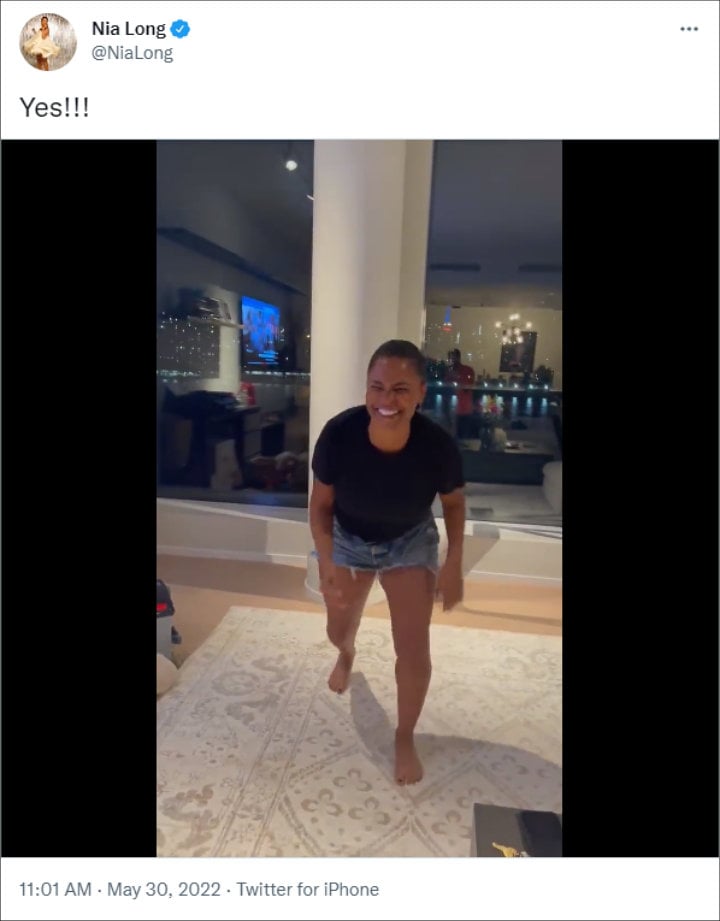 Nia danced around to celebrate the victory of Boston Celtics against Miami Heat.

The Celtics claimed victory on Game 7 of their series against the Miami Heat with final score of 100-96. Ime revealed that he felt confident his team could put up a good fight against the Golden State Warriors in the NBA finals. “We’ve been who we’ve been all year and our defense travels well and carried us through the playoffs,” he told Yahoo Sports.

“We’ve played Golden State well this year. We blasted them at their place, had a tough loss at our place early in the season,” the basketball coach went on adding. “And so it’s a new series. We know who we are and the things we do well, so we’re confident in that.”

Basketball league aside, Nia has been engaged to Ime for almost a decade. The pair also share 10-year-old son Kez Sunday Udoka together. Back in 2020, the 51-year-old actress explained that the twosome were fine even without a wedding ceremony.

“Love is complicated, let’s just start there,” the “Big Momma’s House” actress told Essence. “And then you start a marriage, which I’ve never been married. And there’s a reason for that because I don’t know that I need to say ‘I do’ to prove to you that I love you.”

Nia also added that she did not see the point of getting married. “But also, what does marriage really [mean]… that you own me now and I own you?” she stated, “I don’t get that part.”