So-called Freedom Day is not until July 19, but Prince Charles and Camilla can’t wait to get the party started.

I hear the heir to the throne and his wife are attending a lavish bash for 300 guests next Wednesday, five days before lockdown restrictions are due to be lifted.

The jamboree — or should that be ‘jumbo-ree’? — is to raise funds for the Elephant Family, the conservation charity founded by Camilla’s beloved late brother, Mark Shand.

Guests at the £2,000-a-head event, called A Starry Night in the Nilgiri Hills, will be treated to an outdoor screening of Sir David Attenborough’s Apple TV documentary The Year Earth Changed, before they dine at Lancaster House, near Charles and Camilla’s London residence. 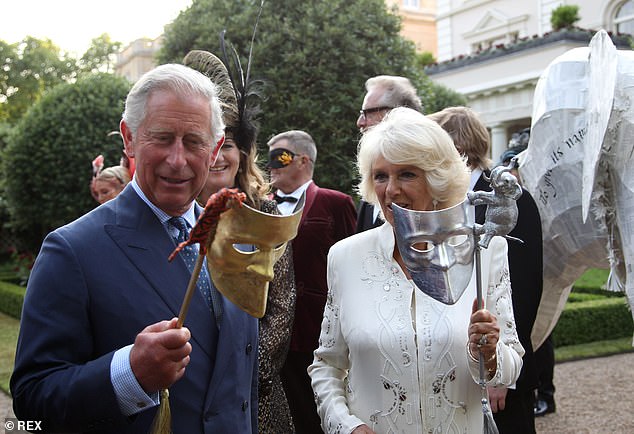 So-called Freedom Day is not until July 19, but Prince Charles and Camilla (pictured in 2013) can’t wait to get started and are attending a lavish bash for 300 guests next Wednesday

An Elephant Family source tells me on a trunk call that the event will be ‘totally Covid-19 compliant’, insisting: ‘There’ll be no kissing, hugging or dancing, and everyone will be allocated a seat.’

The insider adds: ‘We’re working with the best Covid health-and-safety teams.’ The thrash will mark the end of the charity drive which has helped raise awareness with a herd of 100 wooden elephants on show in London’s Royal Parks.

Visitors to the sculptures have included Boris Johnson’s wife Carrie, who took along their son Wilfred, and Princess Eugenie, a patron of the charity, who accompanied her little boy August. 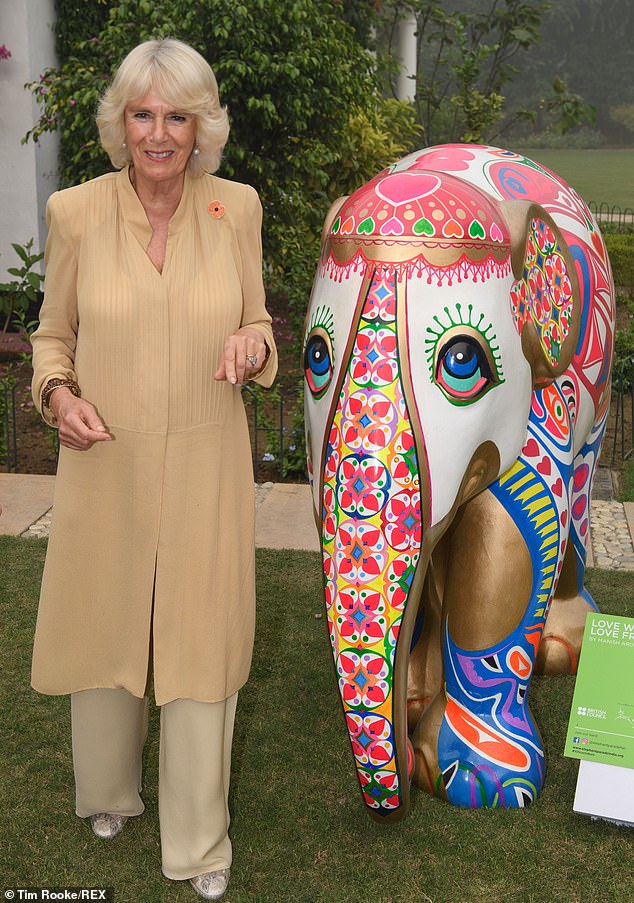 Guests at the £2,000-a-head event, called A Starry Night in the Nilgiri Hills, will dine at Lancaster House, near Charles and Camilla’s (pictured in 2017) London residence 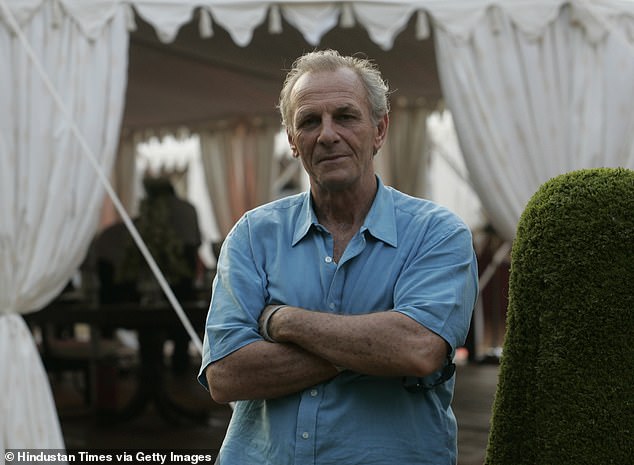 The jamboree — or should that be ‘jumbo-ree’? — is to raise funds for the Elephant Family, the conservation charity founded by Camilla’s beloved late brother, Mark Shand (pictured in 2008)

Ayesha Shand, whose father co-founded the Elephant Family in 2002, tells me she couldn’t be more proud of her aunt Camilla for continuing his legacy.

‘She is amazing — she’s so involved with the charity,’ says Ayesha, 26, whose mother is Shand’s ex-wife Clio Goldsmith.

Shand died in New York after an accidental fall in 2014 aged 62.

Ayesha adds: ‘I couldn’t be more grateful. It does help with the grieving process. All of these things keep his memory alive, which is so important.’

Clearly elephants and his family will never forget Mark.

I can reveal the ballroom pro has been forced to close the Chelsea venue which she opened in 2009. 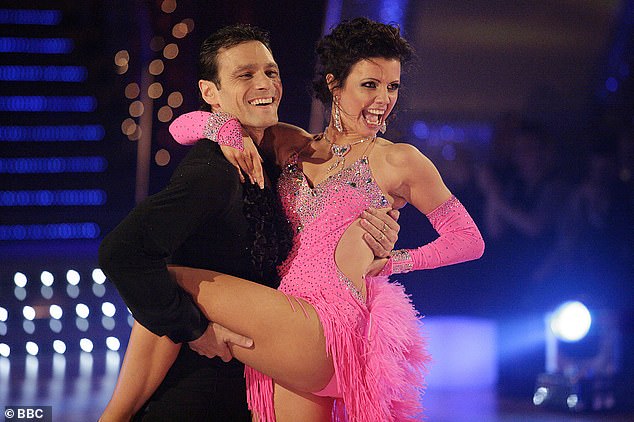 ‘We are very sorry to say that, due to the pandemic, our studio has had to close permanently,’ the Karen Hardy Dance Studios told customers.

Dorset-born Hardy, 50, started the business after she was replaced on Strictly by dancers in their 20s, which sparked an ageism row.

Tom Aikens’ Michelin-starred Muse — where diners are presented not with a menu but enlightening insights into the chef’s childhood — was described as ‘the most pretentious’ restaurant in Britain when it opened in 2019.

‘If you want some lovely plates going at very good prices then get in touch,’ Aikens pleads.

The world’s richest artist, 56, shared this picture of former ballerina Sophie Cannell, 27, on his shoulders at the opening of his Cherry Blossom exhibition in Paris. 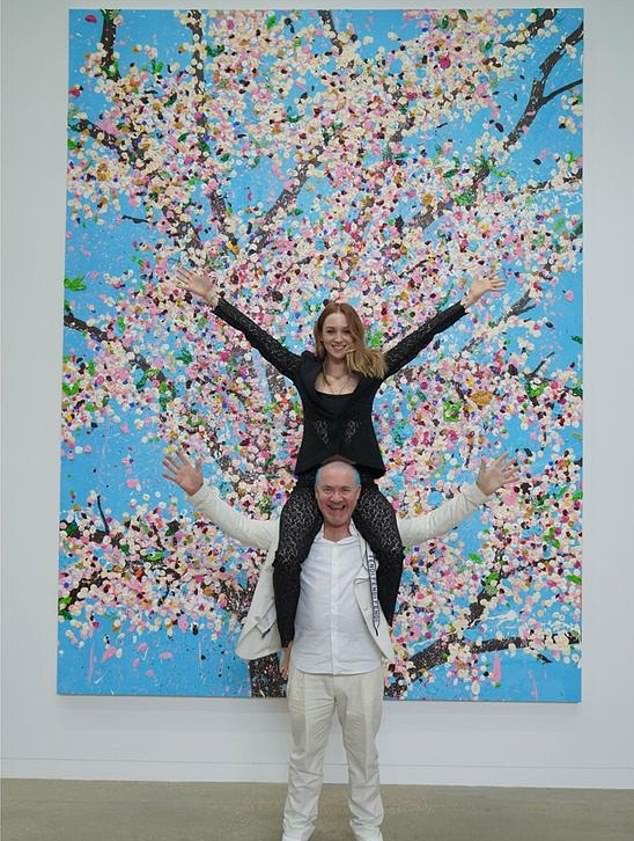 Damien Hirst, 56, shared this picture of former ballerina Sophie Cannell, 27, on his shoulders at the opening of his Cherry Blossom exhibition in Paris

Hirst has dyed his short hair blue, explaining: ‘I thought about going pink, but decided it might be too much with the cherry blossoms.’

The Turner Prize-winning artist said in an interview before his birthday that it’s the first time he’s pleased his mother, Mary.

‘When I was making the animals in formaldehyde, she said: ‘Oh, there’s enough horror in the world, can’t you do paintings of flowers?’ And I think: ‘My God, it’s taken me until I’m 55 before I can please her’.’

Sculptor Ian Rank-Broadley was widely criticised for his Diana statue, but royal portrait painter Richard Stone says capturing the late Princess’s spirit is beyond even the most talented artist: ‘The most iconic images of Diana are those caught, ironically, by Press photographers. The moment you set someone in stone, there isn’t the movement, the life, the spirit that was Diana.’

WICKS FOR HAMMOND IS A TAD SHORT-SIGHTED

‘I was in India and this woman was like: ‘You really remind me of Richard Hammond.’ And I was, like: ‘What, the little fella off of Top Gear?’ And she was like: ‘Yeah.’ I was like: ‘All right… thanks.’ ‘ 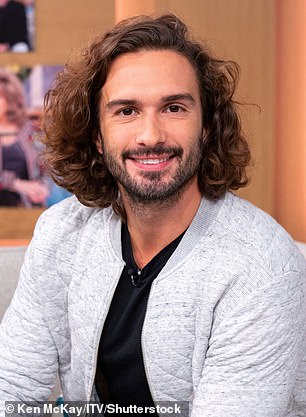 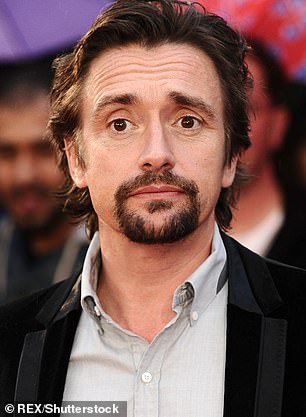 It will hardly be top of Rishi Sunak’s in-tray, but Martha Lytton Cobbold, chatelaine of Knebworth, is calling for tax breaks for stately home owners.

‘We aren’t looking for special treatment, just an equal playing field,’ claims the American, who points out that the National Trust and English Heritage are exempt from taxes on work to their buildings.

Rock bands such as the Rolling Stones, Pink Floyd and Oasis have helped pay for repairs to her gothic Tudor pile in Hertfordshire by performing concerts in the grounds.

‘We jokingly refer to two turrets as Metallica and Iron Maiden, as they helped fund their restoration,’ says Martha, who’s the new president of Historic Houses.