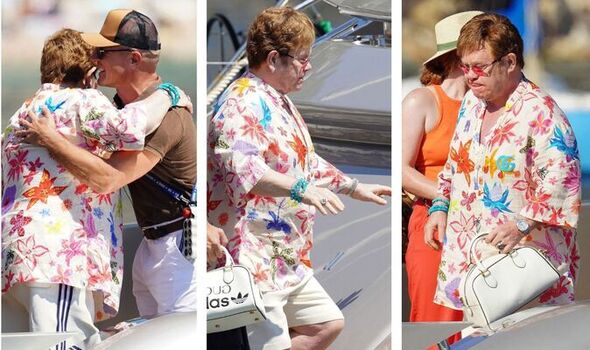 Elton John on his yacht in the South of France

Elton John, who has a £15 million dream home on the French Riviera, sailed over to the South of France with husband David Furnish prior to the next stop on his Farewell Yellow Brick Road tour schedule

Elton John, 75, falteringly stepped down to dry land, only for an aide to step in and hold onto him supportively, while another carried his bag – a Gucci/Adidas collaborative design.

The Rocket Man star was dressed from head to toe in Gucci, as the Italian fashion house has offered to dress him for the entirety of his Farewell Yellow Brick Road tour.

Although some say Elton has been looking frail, his final tour is expected to extend for almost a year.

He has also announced his intention to duet with Britney Spears on her planned comeback single, so we won’t be saying farewell to Sir Elton’s talents just yet. 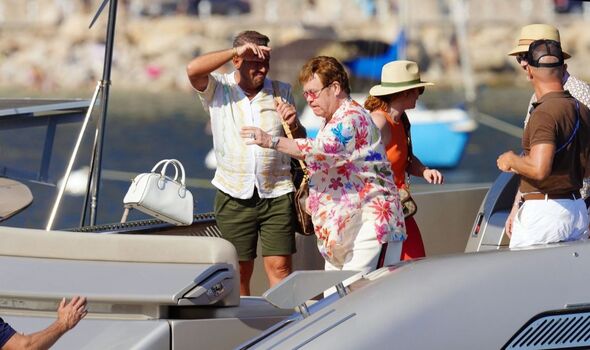 Elton John was assisted by husband David Furnish and his entourage, appearing to throw his Gucci-Adidas branded leather handbag across the yacht to an assistant while he prepared to disembark 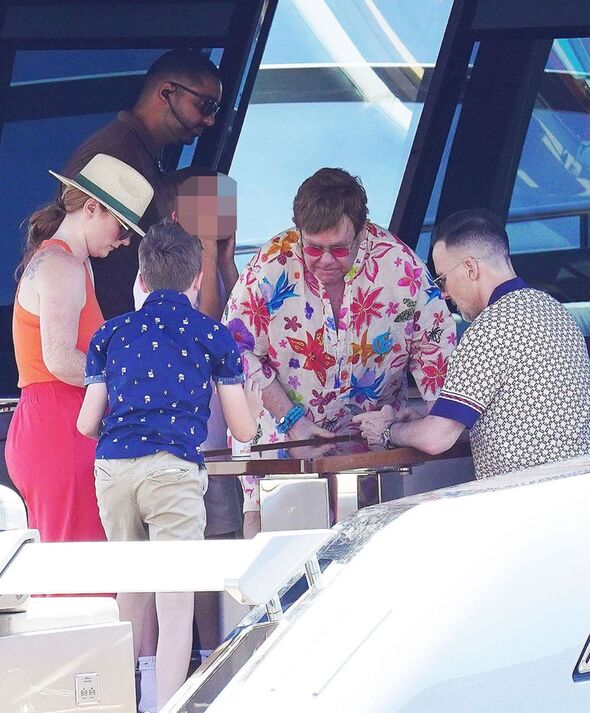 Elton John clambers out of the boat

Elton John has taken a break from belting out his classic hits on tour to enjoy some time in the South of France, where he has a home, but onlookers noted that he seemed to struggle to clamber out of the yacht 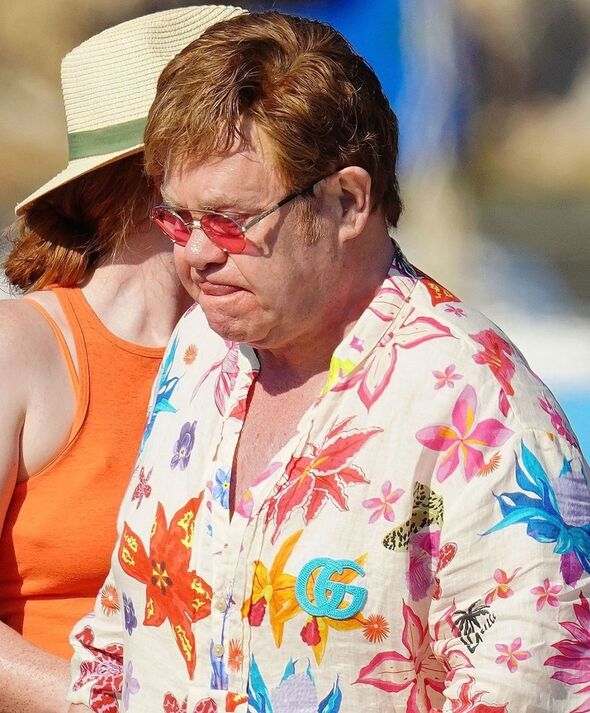 Elton John was dressed from head to toe in Gucci

Elton John sported a Gucci shirt with a flower and butterfly print on it, coordinating well with his usual flamboyant sense of style. His close friend Alessandro Michele, who works as Creative Director at the company, created a range inspired by the memorable fashion choices that the star had made in the earlier years of his career 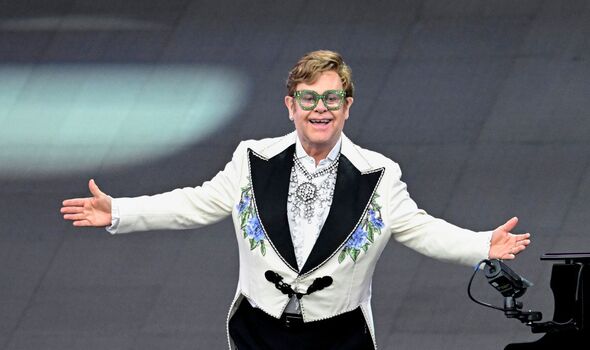 Elton John embarked on the US leg of his tour earlier in the summer, while the eagerly awaited postponed UK dates have been rescheduled to Spring 2023 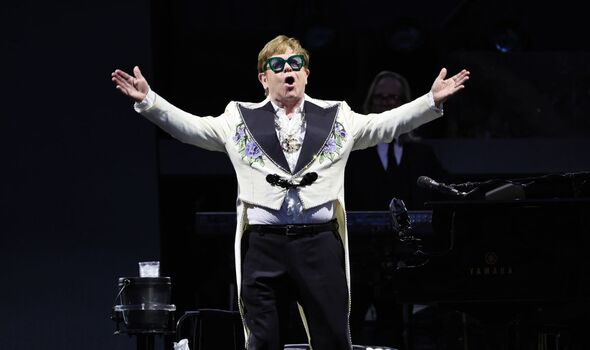 In June 2022, Elton John performed rousing renditions of his classic songs, including the likes of ‘Crocodile Rock’, at Hyde Park. The show forms part of a long goodbye tour, which saw over 300 dates scheduled and will run until 2023 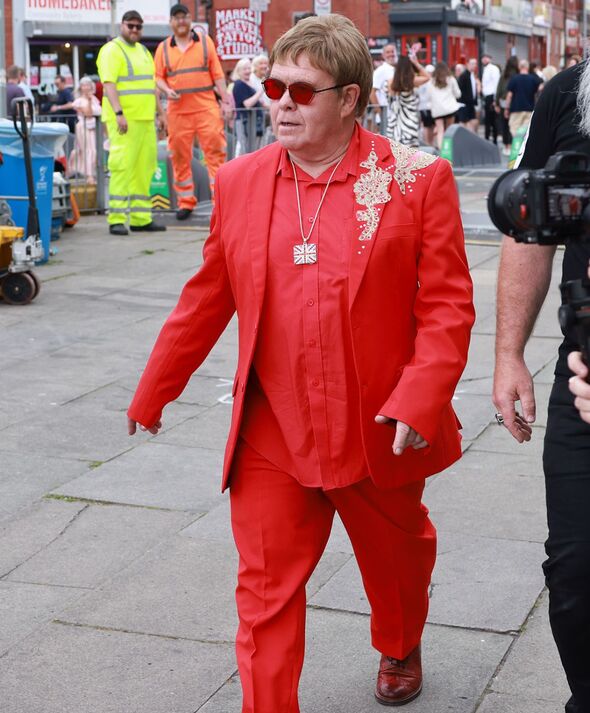 Elton John continued his successful fashion streak earlier in the summer when he stepped out in a bright red three-piece Gucci suit for a stroll prior to a show. It looks as though Elton will be wowing us with his sartorial splendour for quite some time to come