Her run as Daenerys Targaryen on the hit fantasy series has just come to an end after eight seasons.

But Emilia Clarke made a lasting impression as the star of Game of Thrones, since becoming one of Hollywood’s biggest names.

Now that she has cemented her celeb status, the actress can pick and choose her roles as she pleases – and experience has taught her when is best to say no.

Speaking in an interview with The Hollywood Reporter, the 32-year-old opened up about sex scenes on camera.

In a fit of rage, she said she was “sick and tired” of how often her naked scenes are raised in conversation during interviews.

Standing her ground, she said: “The last time that I was naked on camera on Game of Thrones was a long time ago, and yet it is the only question that I ever get asked because I am a woman.”

Before adding: “And it’s annoying as hell and I’m sick and tired of it because I did it for the character — I didn’t do it so some guy could check out my t**s, for God’s sake.”

Her past experience turned her off the idea of acting in the Fifty Shades trilogy, which features a number of X-rated romantic scenes. 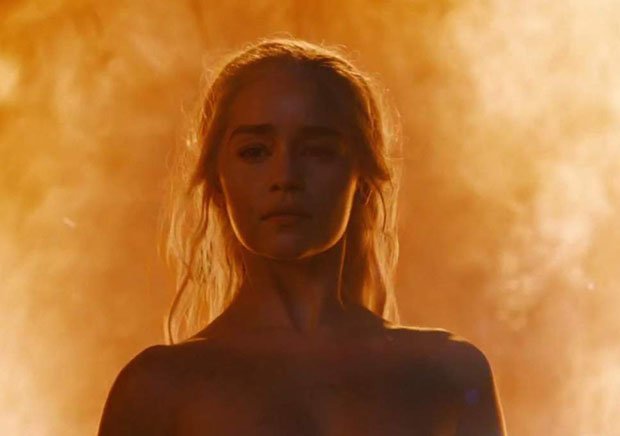 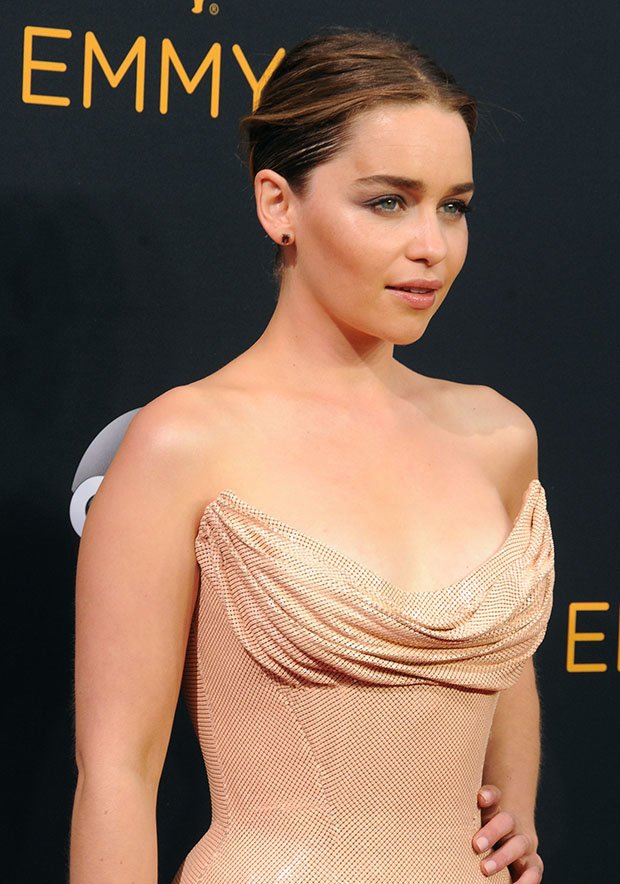 She explained: “I did a minimal amount and I’m pigeonholed for life, so me saying yes to that, where the entire thing is about sensuality and sex and being naked and all of that stuff.”

Before finishing: “I was just like, ‘No way am I going to voluntarily walk into that situation and then never be able to look someone in the eye and be like, ‘No, you can’t keep asking me this question.'”

Though Emilia stripped off completely in season one of Game of Thrones, she famously decided to use a body double in certain scenes later in the show.

Model Rosie Mac grew to fame on Instagram after she admitted she had played Daenerys’ body double during season five. 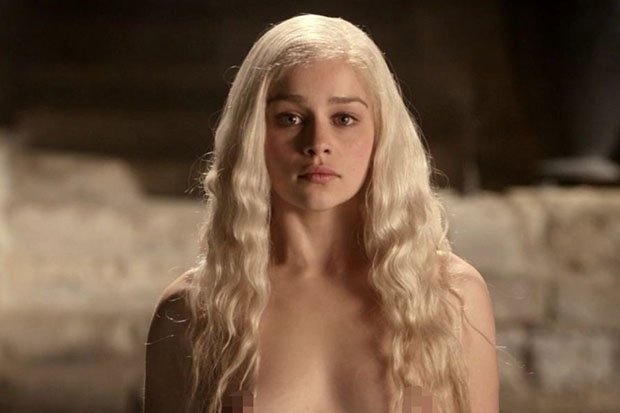 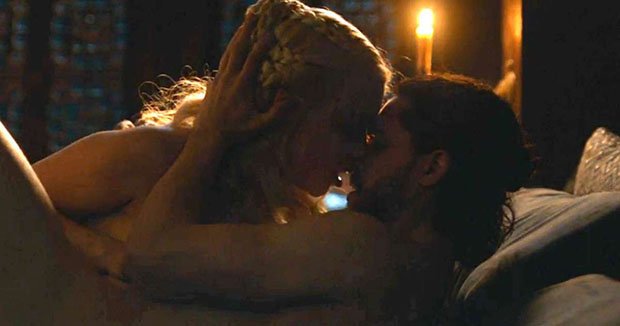 In 2015, Emilia defended her decision in a strongly worded Instagram post, explaining that if she felt a nude scene was unnecessary, she would have words with the director.

It read: “In drama if a nude scene forwards a story or is shot in a way that adds insight into characters, I’m perfectly fine with it.

“Sometimes explicit scenes are required and make sense for the characters/story, as they do in Westeros.”

She added: “If it’s gratuitous for gratuitous sake, then I will discuss with a director on how to make it more subtle.”