But, host Rylan, 30, highlighted that Anton had caused a frenzy online after he was pictured exposing his legs while wearing shorts.

The conversation began after Rylan showed a clip of Emma’s EastEnders co-stars wishing her good luck on the show.

Within the clip, actress Linda Henry, 56, who plays Shirley Carter, indirectly asked Anton if he had come across Emma’s wind problem.

I couldn’t help myself

Emma, who plays Honey Mitchell in the soap, then turned to Anton and jokingly apologised.

The host then said to the pair: “That’s not the only video that’s gone viral this week… Anton you’ve become a bit of a social superstar this weekend.”

He then asked the dancer: “Any idea why?”

The dancer appeared stunned, before Rylan explained his exposure of legs had received attention from viewers.

The show then shared a picture of Anton wearing shorts with his legs on show as he sat on a chair in rehearsals.

“Put it away,” Rylan laughed, as the dancer jokingly replied: “I couldn’t help myself, it was a Wednesday afternoon and it’s very normal for me.” 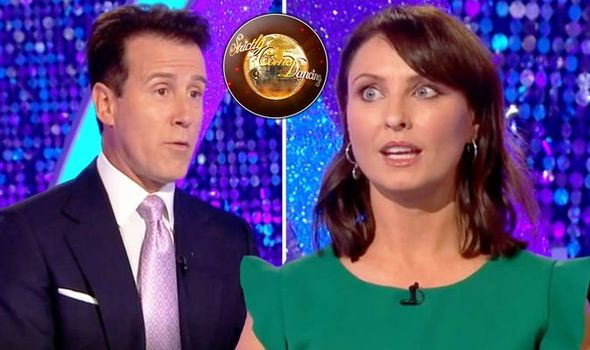 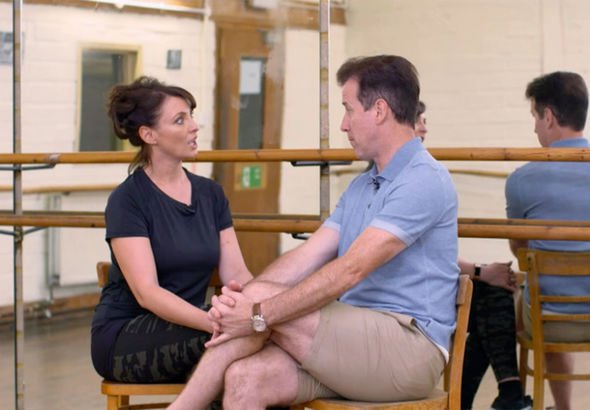 Seeming pleased with his appearance, he jokingly added in third person: “He’s got lovely quadriceps, hasn’t he?”

Rylan then pointed out viewers had noticed Anton’s legs, with one female claiming she was “mesmerised” by his look.

After Anton appeared pleased with the response, Rylan then asked him,: “Is this a sign of the Anton we’ve got to come?”

“I like to keep a few things covered up, but not much,” he replied.

Startled by his response, Emma jokingly responded: “Please do, please keep covered up.” 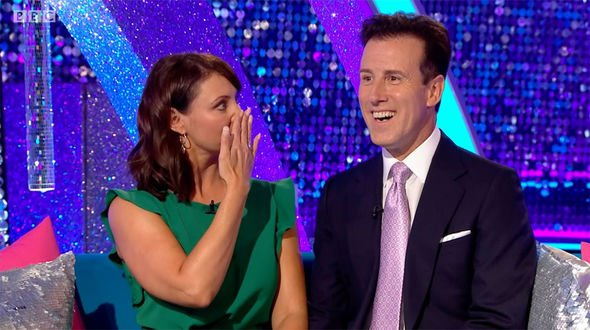 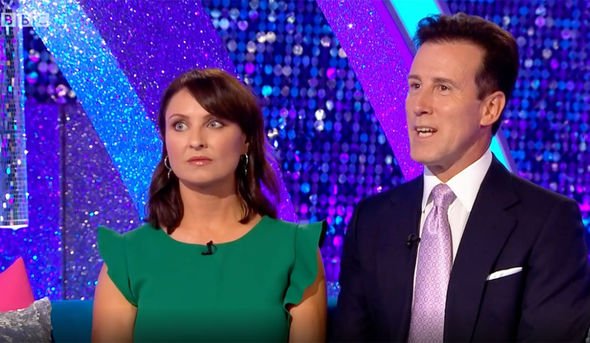 “I am overwhelmed by that,” Anton added, before revealing the shorts are likely to make a return.

Last weekend, Emma and Anton performed a Jive to Honey Honey by ABBA.

The pair’s efforts scored them 23 out of 40 points.

Tonight, the dancing duo will perform a Foxtrot to Sunshine Of Your Love by Cream.

Strictly Come Dancing continues tonight at 6.40pm on BBC One.