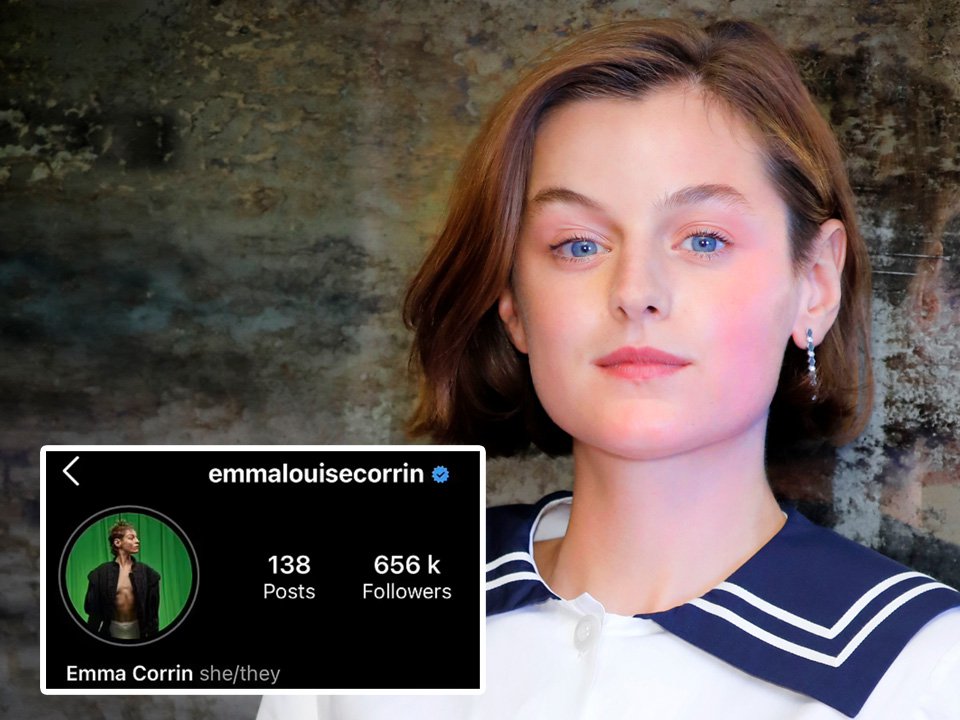 Emma Corrin has fondly recalled buying her first breast binder after sharing that she has changed her pronouns to she/they on her Instagram account.

The Crown actress’ amendment on her social media page was noticed by her fans as she shared snaps from a black and white photoshoot.

The 25-year-old revealed that she was wearing a make-shift breast binder in the photos before she eventually bought her own.

‘Some time before I bought my first binder, messing around with @sirdavidsimon, we used boxing wrap, thanks for capturing this with me, very intimate, very new, very cool,’ Emma wrote in the caption.

The star added that her ‘journey’ was full of ‘lots of twists and turns and change’, but she was ’embracing’ it.

Emma was also sure to reveal that the binder she uses is from the LBGT and trans owned brand gc2b.

Her post was met with a wave of support from her celebrity friends as former Skins star Kaya Scodelario commented ‘beauty’.

Singer Paloma Faith wrote: ‘Beautiful pictures xx’ while 13 Reasons Why star Tommy Dorfman added: ‘I love you so much’.

Chest/breast binding is the act of flattening breasts by the use of constrictive materials.

Emma has usually remained tight-lipped about her sexuality. However, back in April, she appeared to announce she was ‘queer’.

Sharing a snap of herself in full bridal gear, the Golden Globe winner added in the caption: ‘Ur fave queer bride’.

Emma also recently wrapped filming for the LGBT drama My Policeman, where she plays the wife of Harry Styles’ character Tom.

The upcoming movie, released on Amazon Prime Video, is set in the late 1990s and follows ‘the arrival of elderly invalid Patrick into Marion and Tom’s home’.

‘This triggers the exploration of seismic events from 40 years previous – the passionate relationship between Tom and Patrick at a time when homosexuality was illegal’.