According to newly unsealed court documents, Epstein emailed Maxwell in January 2015 and told her to “deal with it” and keep going to parties 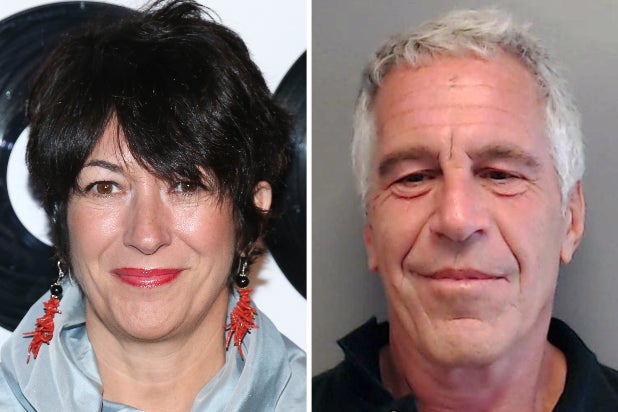 Shortly after Ghislaine Maxwell was accused in 2015 of being Jeffrey Epstein’s madam, Epstein told Maxwell she needed to stop acting like an “esacping [sic] convict” and continue going to parties, according to court documents that were unsealed on Thursday evening.

“You have done nothing wrong and i woudl [sic] urge you to start acting like it. go outside, head high, not as an esacping [sic] convict. go to parties. deal with it,” Epstein wrote in an email to Maxwell on Jan. 25, 2015, according to the documents.

Epstein’s email was in response to a message from Maxwell, who had asked Epstein if one of his other ex-girlfriends, “Shelley,” would come forward and say that she previously dated Epstein — a request that appeared to be an attempt to distance her ties to Epstein in the public.

“I would appreciate it if shelley would come out and say she was your g’friend – I think she was from end 99 to 2002,” Maxwell wrote to Epstein.

Another email from Epstein to Maxwell included in the unsealed documents also appears to show Epstein sending Maxwell a statement, written from her perspective, denying the accusations against her and downplaying her relationship with Epstein.

“I have never been a party in any criminal action pertaining to JE,” the email from Epstein to Maxwell read. “At the time of Jeffrey’s plea I was in a very long-term committed relationship with another man and no longer working with Jeffrey. Whilst I remained on friendly terms with him up until his plea, , [sic] I have had limited contact since.”

The correspondence between the two in January 2015 came shortly after Virginia Roberts Giuffre — a woman who has been outspoken about being trafficked by Epstein — filed papers in a Florida court alleging that she was forced to have sex with Epstein, Prince Andrew and the lawyer Alan Dershowitz when she was 15 years old. Roberts also claimed Maxwell was “one of the main women whom Epstein used to procure under-aged girls for sexual activities and a primary co-conspirator in his sexual abuse and sex trafficking scheme” and that Maxwell “regularly participated in Epstein’s sexual exploitation of minors.” At the time, Maxwell denied Roberts’ accusations, as did Prince Andrew and Dershowitz. Later that year, Roberts sued Maxwell for defamation — a pivotal lawsuit that is the source for these newly unsealed court documents.

But these years-old emails between the two also contradict a recent claim from Maxwell’s attorneys in regards to the current federal sex trafficking case against Maxwell: that Maxwell and Epstein had not been in contact for more than a decade before his death in 2019. These emails show contact just four years prior.

Maxwell was arrested earlier this month by federal authorities on charges that she conspired with Epstein to recruit and abuse minors. She has pleaded not guilty and is being held in custody as she awaits her trial.