Never doubt Clara McGregor’s toughness. After going to the hospital for a dog bite on her face, Ewan McGregor’s daughter STILL made it to the premiere of her new movie.

“When a dog bite lands you in the ER 30 mins before the red carpet,” Clara McGregor captioned the Instagram gallery she uploaded on Sunday (June 13). In the photos, the 25-year-old daughter of Ewan McGregor poses with some scary lacerations on her face. Despite what must have been a painful bite, Clara made it to the premiere of her movie, The Birthday Cake. “Thank you, @themobmuseum for having us. @thebirthdaycakemovie comes out in theaters and on VOD June 18th! @pgdm @swindled717 @sienaoberman congratulations!! [heart emoji] thank you, @fendi for the suit.” 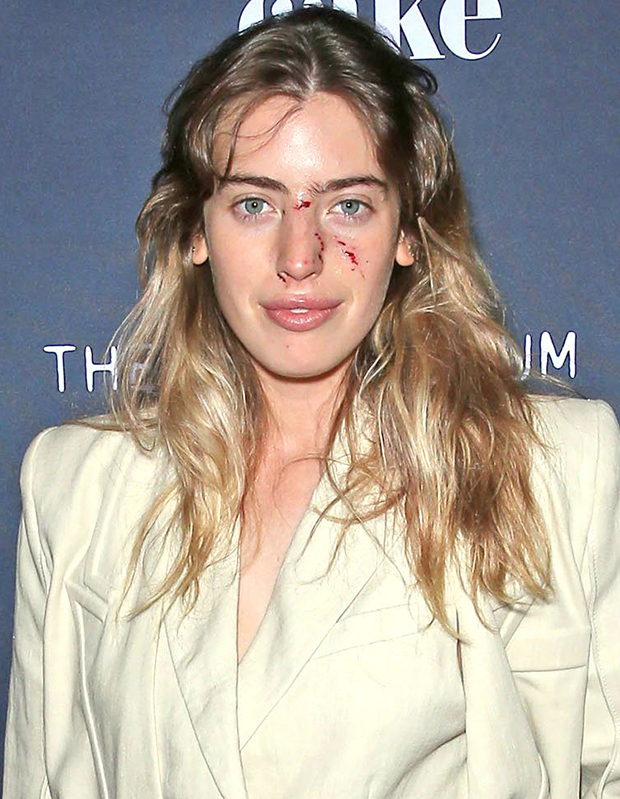 Clara’s gallery told the whole story. In the second photo, she’s flipping off someone off-camera as she sits in a hospital bed, her face bearing the brunt of the dog bite. In the third and fourth picture, she’s posing in her Fendi suit next to friends and family – Esther McGregor and Tyler Dean Flores – at the premiere. The way she shrugged off this canine calamity earned her kudos in the comments. “so badass and iconic… But ow,” wrote Carissa Gallo. “Oh nooo! Still a stunner. But I’m so sorry that happened,” added Liz Jenkins. 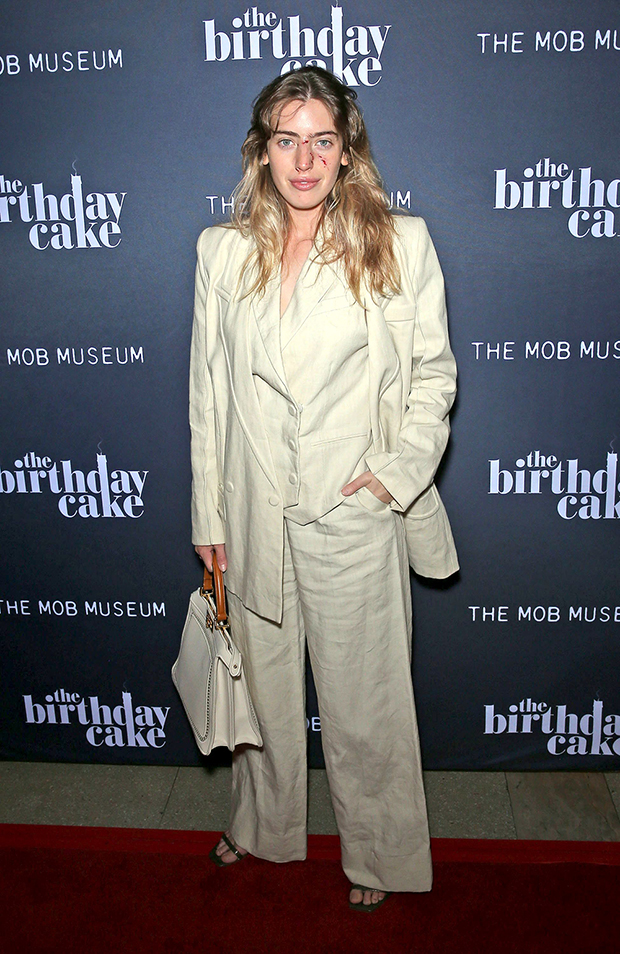 As to why she didn’t just skip the red carpet, Clara is one of the co-producers of The Birthday Cake, which stars her father, Val Kilmer, Lorraine Bracco, William Fichtner, and Ashley Benson. Clara also has an on-screen role as Diane. The film, according to IMDB, is about how on “the 10th anniversary of his father’s death, Giovanni (Shiloh Fernandez) reluctantly accepts the task of bringing a cake to the home of his uncle, a mob boss. Just two hours into the night, Gio’s life is forever changed.”

Clara is the daughter of Ewan and Eve Mavrakis, who spent more than two decades together in marriage before splitting in 2017 after he was spotted kissing his Fargo co-star Mary Elizabeth Winstead. Ewan and Eve also share Esther, 19, Anouk, 10, and 20-year-old Jamyan. A year after the cheating scandal broke, Clara said she was “still very close” with her father. “I love him, and I always will,” she told The Times. “The relationship’s not going to end because of this. We are incredibly close and despite me strongly disagreeing with how he’s gone about things, I’ll always love him, and I hope he’s happy, you know?”