Faith and her youngest daughter Audrey are totally ‘twinning’ with white tees and denim shorts in the adorable snaps from their recent family vacation.

Faith Hill and her youngest daughter Audrey McGraw are all about twinning! The 54-year-old country music star’s baby girl, 19, took to her Instagram on Tuesday (February 1) to share adorable throwback snaps of the pair in matching outfits. In the two photos (below), Faith and Audrey could totally pass as sisters! The “Breathe” hitmaker looks super chic in her casual ensemble of daisy dukes, a white tee and designer sunglasses. Audrey followed suit, wearing the exact same wardrobe except for a baseball cap, and captured the post, “twinning in 2019.”

Aubrey is the youngest of the brood Faith shares with her husband, Tim McGraw. The happy couple are also parents to eldest daughter Gracie, 24, and second daughter Maggie Elizabeth, 23. On October 6, the pair celebrated a whopping 25 years of marriage! In a too-cute Instagram video at the time, Tim recalled courting Faith. “We had dated for a while. I actually asked her to marry me quite a few times and she kept saying no. She said, ‘I’m not going to get involved with another country singer, it’s just not going to work out.’”

Tim went on to say she finally said yes after he proposed to her in a trailer right before he performed at a music festival. ““I came off the stage and went back into my dressing room and Faith wasn’t there, but I looked at the mirror. In lipstick it said, ‘Yes! I’m gonna be your wife.’ And we still have that mirror,” the singer recalled. He captioned the video, “25 years later and it’s still the best day of my life. Thanks for going on this journey with me. Love you Faith.” 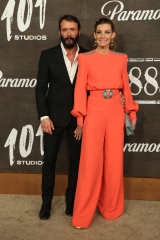 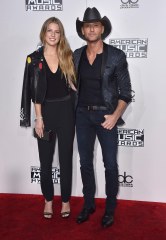 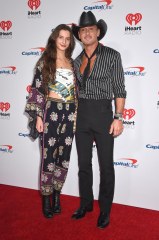 Meanwhile, the married couple are now acting opposite each other on 1883, a prequel to cable TV’s #1 show, Yellowstone. The series follows the origins of the wealthy Dutton family, with Faith and Tim playing Margaret and James Dutton. Having never worked together as actors, the couple revealed they discussed some ground rules to bring out their best performances, including never working on scenes at home. “It’s important that we react to one another naturally as characters, not as husband and wife,” Faith told People.