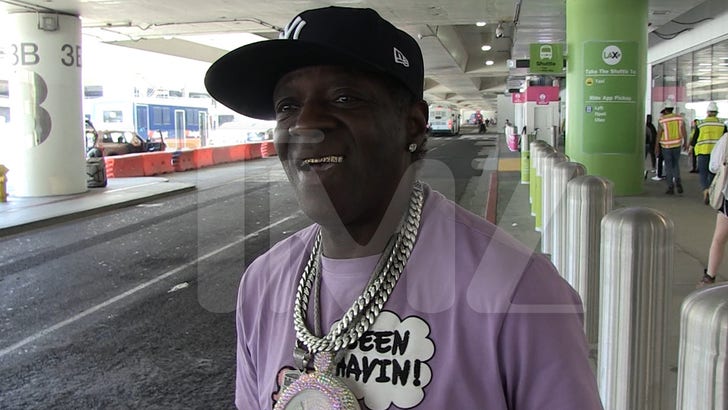 Flavor Flav is 63 years old and living a very busy life, courtesy of a very large crew of kids and grandkids — which is why his energy in this clip is pretty shocking!

We caught up with the Public Enemy legend when he touched down at LAX … fresh off his fantastic Father’s Day and he had plenty of jewels to share about being in the lives of his 8 children.

According to Flav, being a present parent is the best gift any child could have, and he enjoys being an active dad for his brood. He really perked up when asked about his youngest, Jordan, who was confirmed to be his son last month.

Although he didn’t catch up with him this last Father’s Day, Flav has been spending invaluable time with the 3-year-old and he gave us some updates about the little guy’s musical skills. Start ’em early!

Fatherhood is one job Flav isn’t clocking out on!