Former “Friends” star Courteney Cox took to Instagram this week to show off a photo of herself and her teenage daughter wearing the same dress two decades apart.

Cox’s soon-to-be 15-year-old daughter, Coco Arquette, is seen on the right, while Cox – wearing the same outfit during a red carpet event 21 years prior – is seen on the left in the image.

“I’m not one to hold onto things but this was a damn good purchase! 21 years later…” she captioned the post on Tuesday.

The side-by-side was quick to garner comments from fans and celebrities alike.

“I can’t even make a pair of jeans last longer than a year and you kept that dress for 21 years? You’ve got SKILLS,” commented one fan. 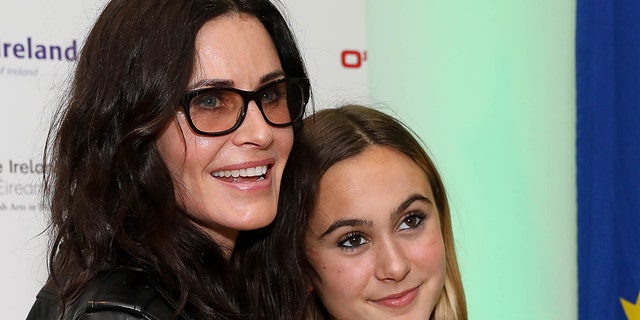 Another commented on the resemblance between the mother-daughter duo.

“Coco is literally you with brown eyes,” they wrote.

Cox first wore the dress in 1998 during a premiere of the Nicolas Cage movie “Snake Eyes,” according to the Huffington Post. Coco’s father and Cox’s ex-husband, David Arquette, also attended the event at the time.

Separately, another "Friends" alum, Jennifer Aniston, recently explained why she's had a change of heart regarding a potential reunion for the beloved show.