George Clooney, 58, tied the knot with Amal Clooney, 41, in September 2014 and the couple have since welcomed twins Ella and Alexander, two. The Hollywood A-lister, who is set to appear in the miseries adaptation of Joseph Heller’s Catch-22, opened up about his human rights lawyer wife in an interview with the Daily Mail, saying people don’t tend to know what she’s really like away from the public eye. “It’s funny because nobody knows her well because she doesn’t really do interviews,” he said. ‘And she works on such serious subjects that people tend to tiptoe around her.

“But she’s one of the funniest people you will ever meet,” he explained.

Gushing about his other half, George went on to address comments he made in the past, when he claimed he would never re-marry or have children, having previously been married to actress Talia Balsam, 60, from 1989 until 1993.

“It was just something I said years ago,” he told the publication. “I’d been married once before and I probably wasn’t very good at it then.

“But then this incredible woman walked into my life,” he added.

George and Amal became parents to twins Ella and Alexander in the summer of 2017 and the former revealed how certain aspects of his life have changed dramatically since becoming a father. 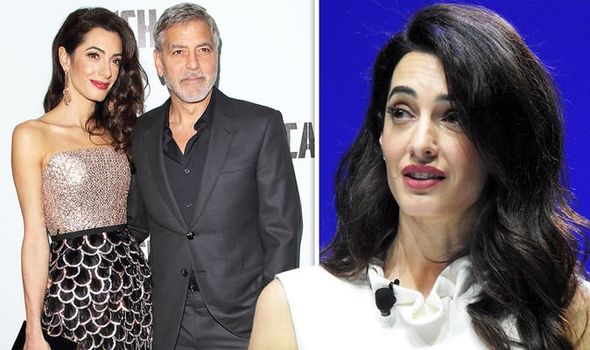 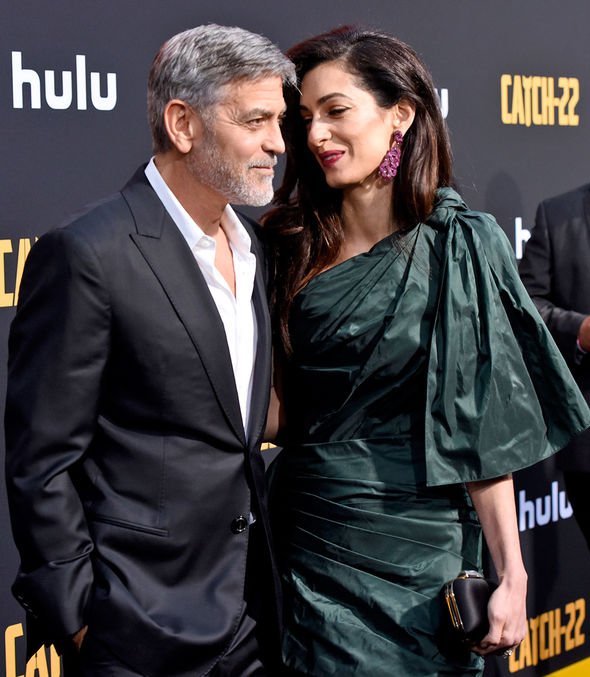 “She was crying so we put her in our bed.

“Then she took over the bed to the point where I was literally lying at the foot of the bed, because that was the only place there was room for me,” the weary actor admitted.

“She finally falls asleep, we don’t want her to fall off the bed, so I’m finding pillows and putting them all around the bed like a bouncy castle in case she falls off.

“And then there was no room for me at all, so I had to go sleep on the couch in the nursery.

“That didn’t happen before I had kids,” he quipped. 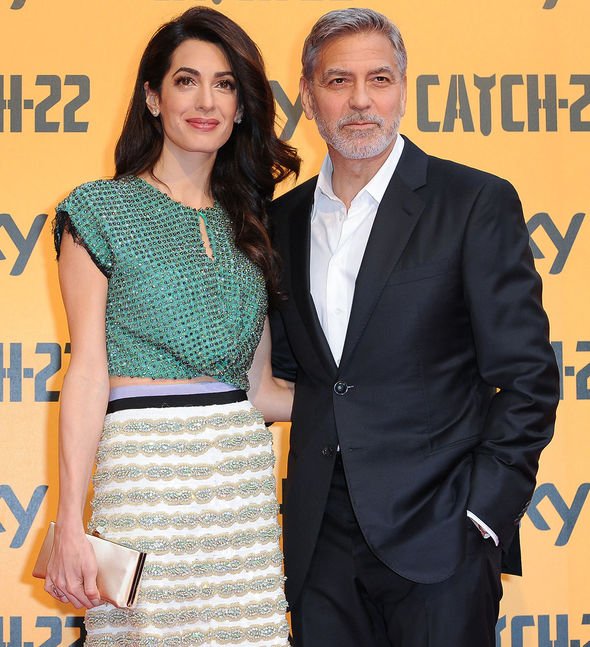 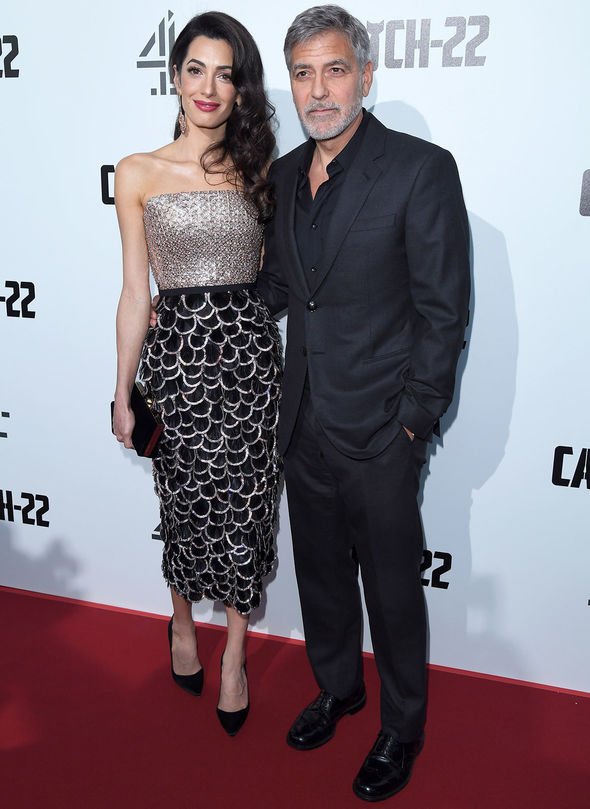 Last month, Amal Clooney wowed in a sequinned gown as she accompanied George to the premiere of Catch-22 in London.

The lawyer showcased her svelte figure in the shimmering metallic number, pairing it with black stiletto court shoes and a clutch bag as the glamorous couple posed for pictures.

Elsewhere, later this month, George’s TV adaptation of the satirical novel will come to Channel 4.

The drama, which features dark comedy and a star-studded cast, follows the story of US Air Force pilots in the Second World War.

Alongside the Oceans star, the likes of Hugh Laurie, 59, Christopher Abbott, 33, and Giancarlo Gianni, 76, will also appear in the series.

Catch-22 will air on Channel 4 later this month.