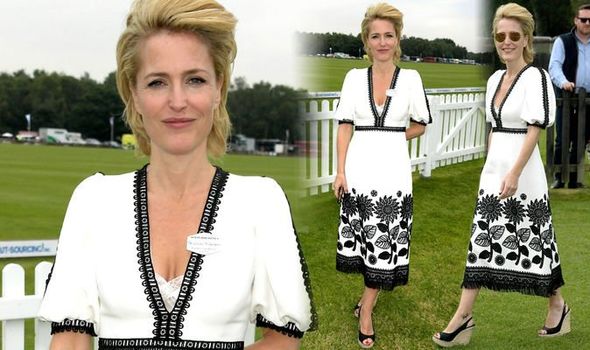 Gillian Anderson, 50, turned heads when she arrived at a polo match in Windsor today.

The actress, who is perhaps most well-known for playing Dana Scully in the X-Files and DSU Stella Gibson in BBC one drama The Fall, stepped out in a chic black and white dress for the Royal Windsor Cup Final 2019.

The TV star opted for a white knee-length number for the occasion, which was adorned with contrasting black flowers and featured pretty detailing along the edges.

The plunging neckline of the dress drew attention to her décolletage and also revealed a glimpse of her lace lingerie underneath.

Wearing her blonde hair in a voluminous quiff, Gillian finished off her look with a pair of stylish espadrilles and a pair of mirrored sunglasses.

She posed for pictures on the red carpet at the sporting event, which is thought to be one of the Guards Polo Club’s most prestigious tournaments.

Also at the event this afternoon was fellow actress Felicity Jones, 35, who joined the star in the royal box ahead of the match.

The Theory of Everything star, looked beautiful in a elegant peach dress which she teamed with a pair of black and white striped shoes.

The Queen is expected to attended the Royal Windsor Cup Final this afternoon as historically Her Majesty presents the trophy to the winning team. 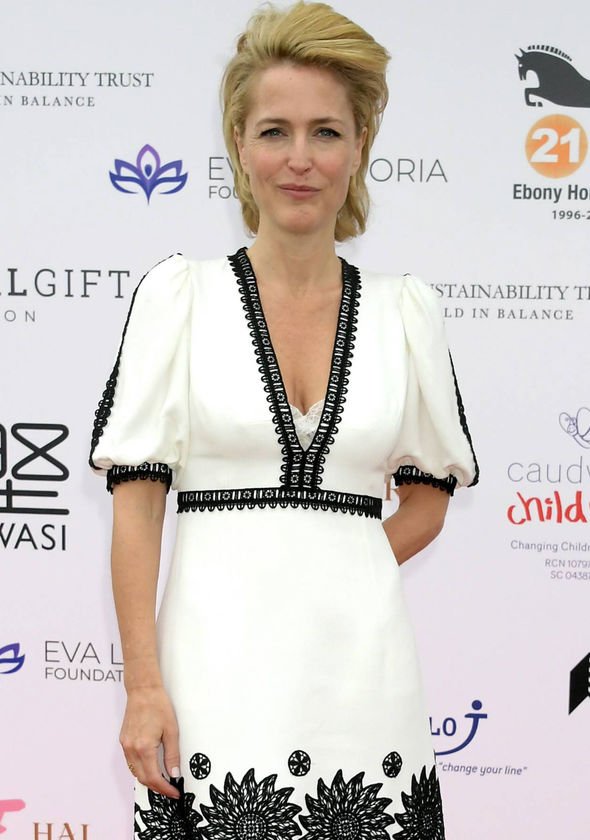 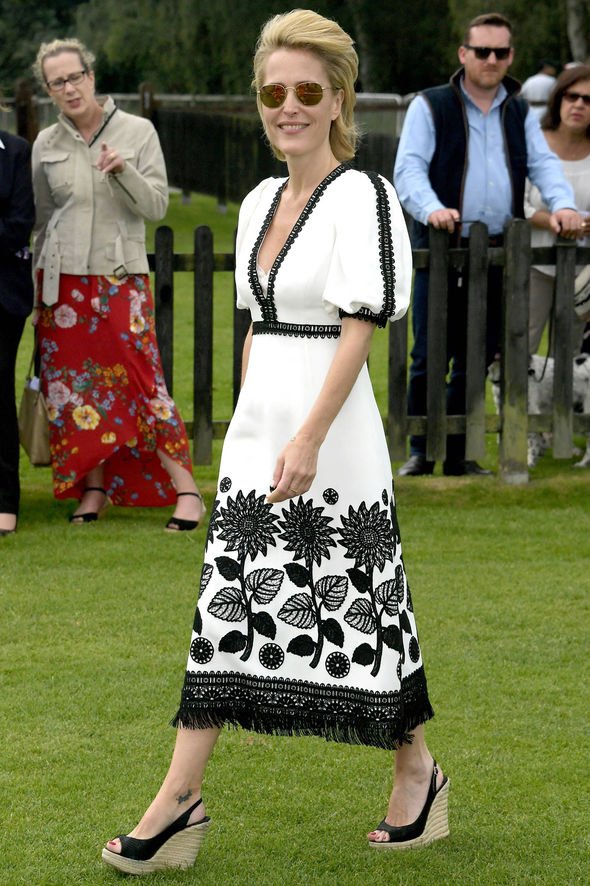 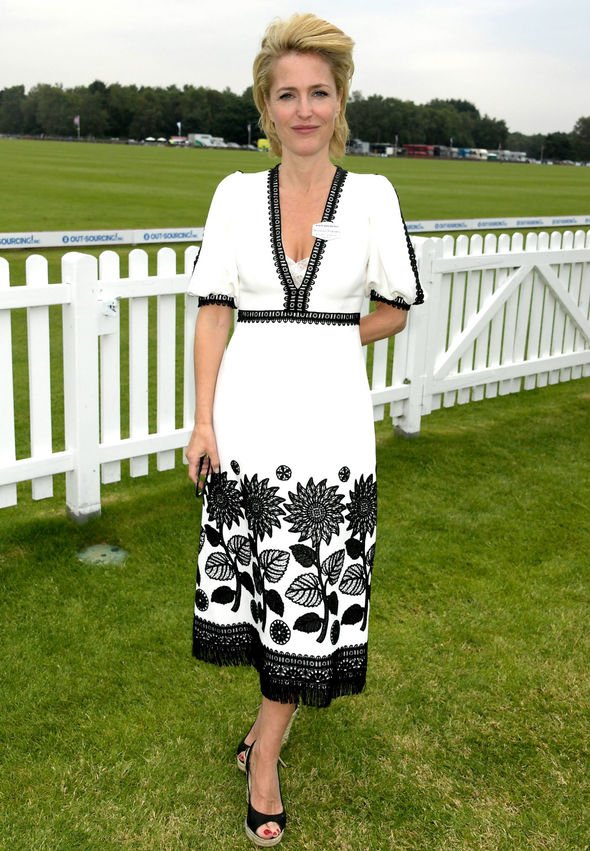 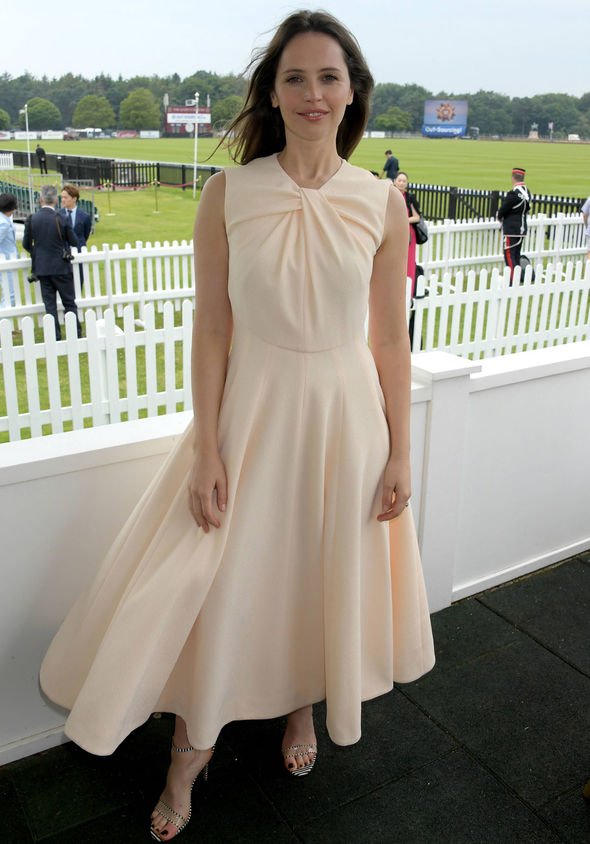 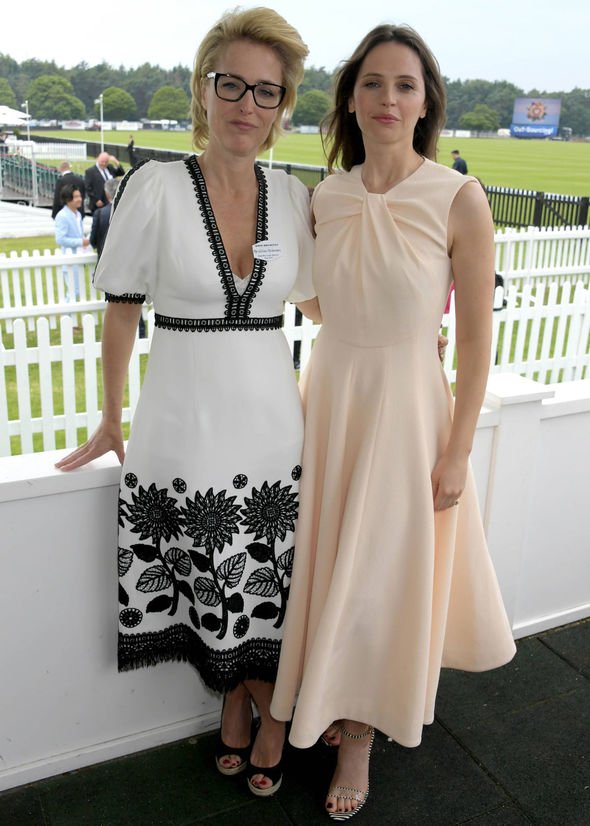 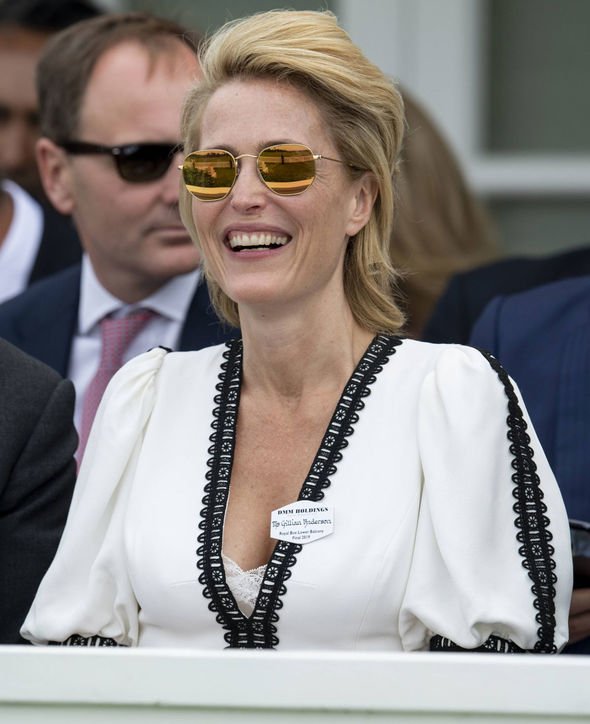