While the gloom of autumn continues to creep in, out come the chicest coats of the season. Yesterday, Hailey Bieber proved so by elevating the classic rainy day uniform with minimalist staples, pairing a large-shouldered overcoat over skintight leather trousers.

Her off-duty look was an homage to Bottega Veneta; both the coat and olive-green clutch were made by the Italian fashion house. Meanwhile, the pants hail from Mother, while the plain white T-shirt can be found at Aritzia. Dadcore also took center stage in Bieber’s outfit, as she topped her look off with a black baseball cap and chunky sneakers à la Studio FY7 x New Balance 992. 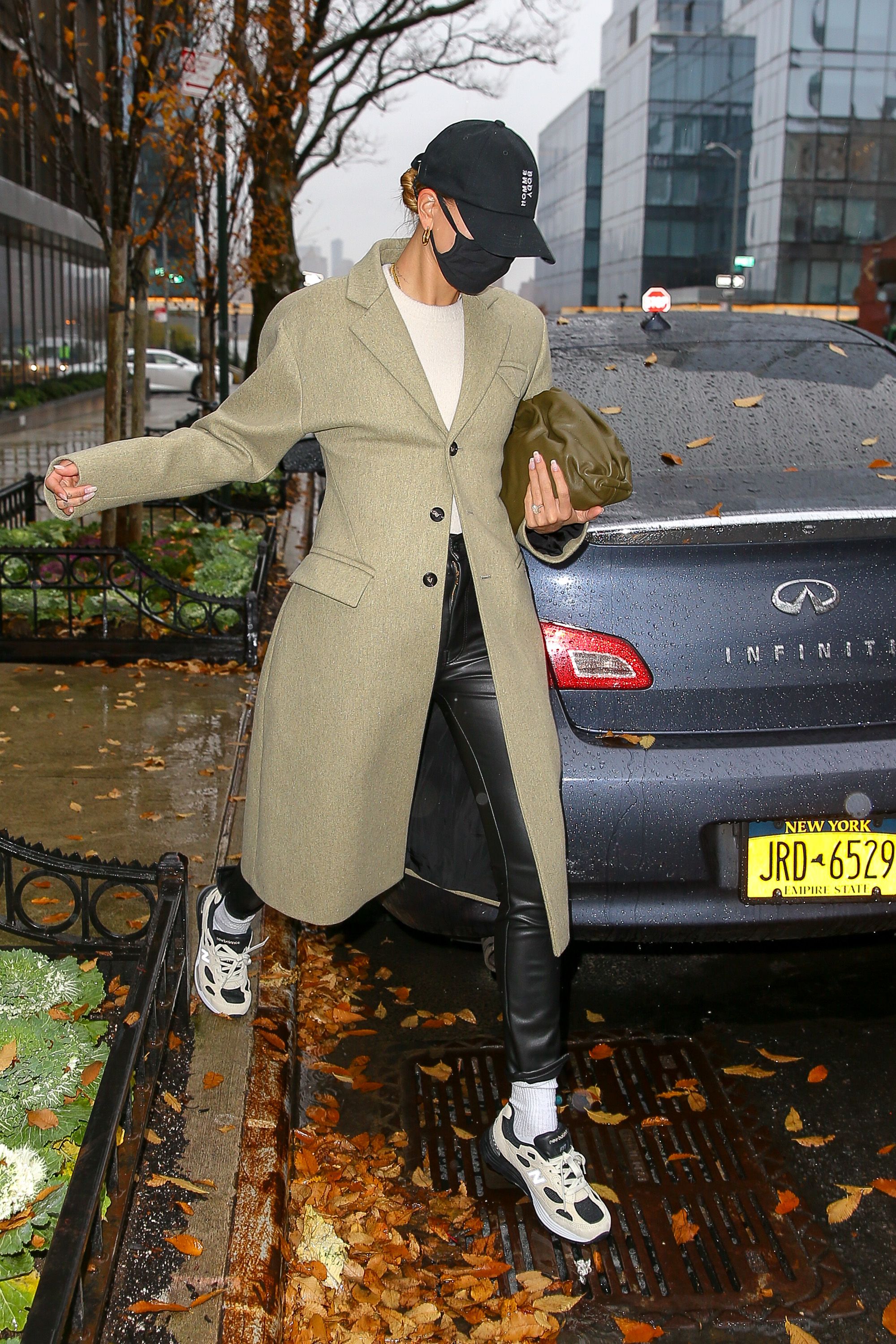 Speaking of dads, the model’s husband, Justin Bieber, recently opened up about the couple’s future plans for family expansion.

Dishing on The Ellen DeGeneres Show, the singer said of the possibility of children, “I’m going to have as many as Hailey is willing to push out. I’d love to have myself a little tribe. But it’s her body and whatever she wants to do.” He later added, “I think she wants to have a few [children]. At least two or three.”

Though the couple intends to start a family of their own eventually, the “Lonely” singer made sure to add a disclaimer that they won’t be expecting a bun in the oven anytime soon. “I think the issue—there’s not really an issue. But I think Hailey still has some things she wants to accomplish as a woman,” he said. “And I think she is just not ready yet. And I think that’s okay.”