Focused on the prize! Hannah Brown and her Dancing With the Stars partner, Alan Bersten, are not dating — and they want everyone to know it.

“We are dance partners, and we have the best time together, and we have a friendship that is great,” the former Bachelorette, 25, told Us Weekly and other reporters after the Monday, September 30, episode. “I think I’m done with roses, so mirrorball [trophy] is what we have our eye on.”

For his part, Bersten, also 25, joked about ditching his shirt during rehearsals. “I’m just a stripper for hire,” he said with a laugh, calling his moves “pretty good.” Brown, meanwhile, quipped to Us, “I closed my eyes most of the time.”

The pair have had chemistry on the dance floor since season 28 premiered earlier this month, leading some viewers to champion them to get together romantically. The Alabama native called off her short-lived engagement to Jed Wyatt during the Bachelorette finale in July, while the choreographer was previously linked to his season 27 partner, Alexis Ren, who is now dating Noah Centineo.

When one fan asked Brown and Bersten whether they are “a thing” during an Instagram Q&A earlier on Monday, the Bachelor alum responded, “Yeah, we’re a thing: Team Alabama Hannah!” 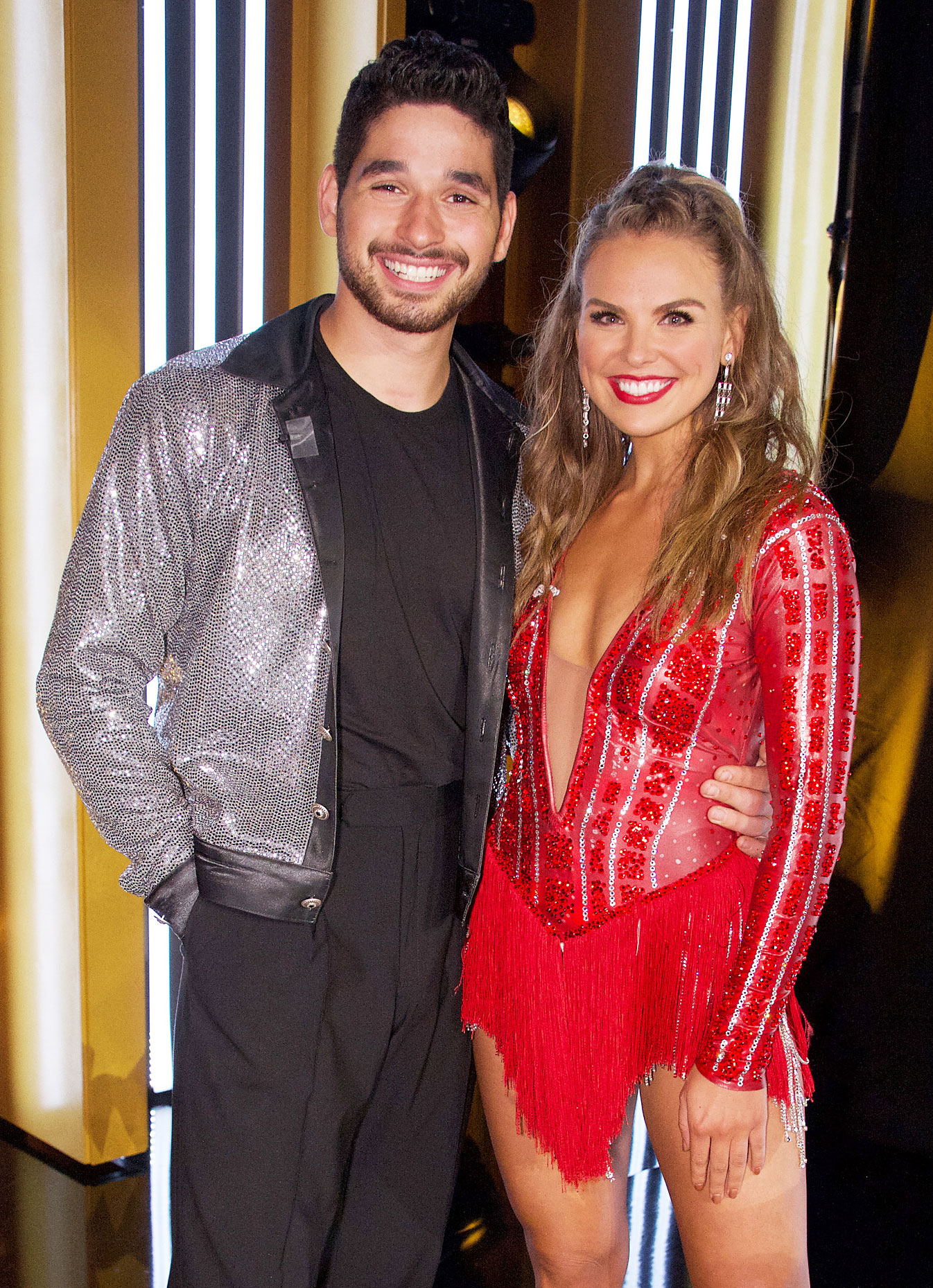 Since joining the DWTS cast, Brown has had the support of several Bachelor Nation alums, including her BFF Demi Burnett. She has also developed a friendship with Demi Lovato in recent months.

“She’s so great,” the former pageant queen told Us and other reporters of the singer, 27, on Monday. “I’m just really thankful for her support through everything. I mean, she is always there for, ‘Hey, do you just want to come over and just hang out?’ Because that’s what I need right now is just a friend that is supportive of and understanding of what like this new life has been.”

Brown noted that Lovato has helped her navigate her newfound fame.

“She knows it on a much bigger level than I do. But she doesn’t care about that,” she said. “She needs friends just like we all do and I need friends just like everyone does, and so it’s great to have somebody who can be a guidance of this new life and then just somebody who’s just so loving and supportive.”

The Grammy nominee has also grown close with Mike Johnson, one of the men who vied for Brown’s heart on The Bachelorette earlier this year. A source told Us exclusively on Monday that Lovato and Johnson, 31, are “casually dating,” although their “relationship isn’t anything serious” yet.

Dancing With the Stars airs on ABC Mondays at 8 p.m. ET.

With reporting by Kayley Stumpe