The Jonas Brothers are back, and they’re coming to see you! The Happiness Begins Tour kicks off in August 2019, much to the excitement of their massive fanbase (myself included), so get ready to crank up the nostalgia to 3,000 and dump all of your money, because we’re here to show you how to get tickets for the Jonas Brothers’ Happiness Begins tour, which has just added more tour dates. Woo!

Kicking off at the American Airlines Arena in Miami on Aug. 7, Kevin, Joe, and Nick Jonas are heading off on a world tour that will no doubt be amazeballs for all of the Jonas stans out there. The group announced on June 10 that five more tour stops have been added in the U.S.: one in Albany, NY, one in State College, PA (aka where Penn State is located — the place where the Jonas Brothers and Jonas wives showed up at a bar and did a surprise performance), Cincinnati, OH, Birmingham, AL, and Los Angeles, CA.

So how can you snag tickets to one of this year’s biggest reunion tours? 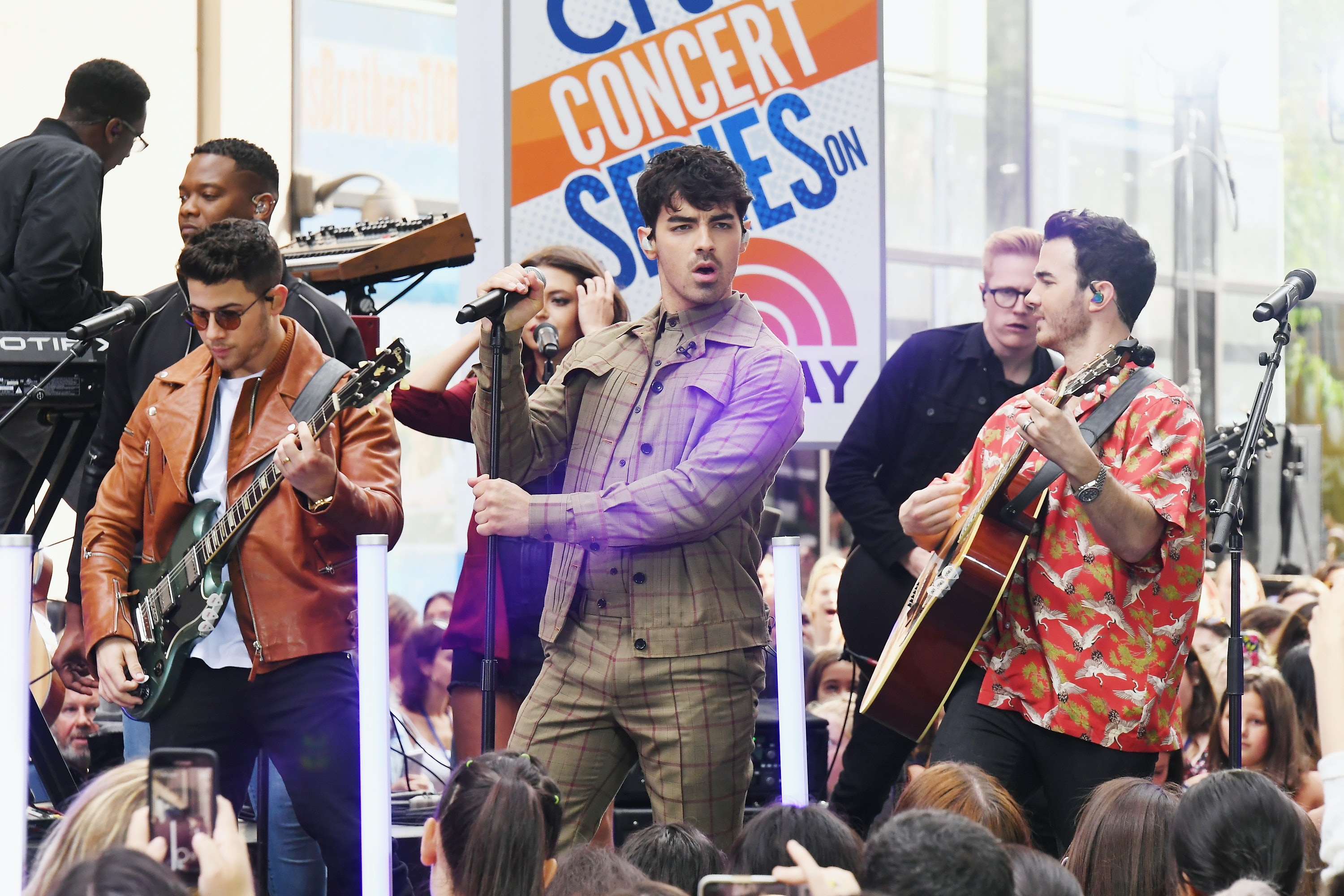 You can head over to the Jonas Brothers’ website (JonasBrothers.com) to find tour date and ticket info. When you click on the tickets button, you’re redirected to TicketMaster. A quick look through the available seating shows that a lot of the available seating for these tour dates are official resale seats, meaning someone else bought them previously and are now reselling them (for a much higher price, no doubt). This is a common thing when buying concert tickets.

It’s another common (and unfortunate) part of ticket-buying that not every third-party seller is verifiable. People get scammed all the time when buying tickets to events via resale (be it sports events, theater, concerts, stand-up shows, etc.), so it’s important to make sure that what you’re buying is verified and guaranteed by the website you’re buying it from. TicketMaster and StubHub are probably your safest bets for resale tickets, if you can’t get tickets from the venue itself.

There are plenty of shows that aren’t sold out, though, so you’re not too late to snag a seat. And in lots of the cities the Brothers are visiting, there are multiple nights of performances, so that ups your chances of being able to see them. Looking through Ticketmaster, ticket prices range from super cheap (I spotted some tickets in Manchester, Massachusetts for just about $40) to super expensive (nosebleed seats in Boston would cost you about $300). Wherever you plan on attending a Happiness Begins show, you might want to save up a bit before purchasing. Boy band reunions don’t come cheap, apparently.

With five more cities added to their tour and the hype for this reunion being super high, I imagine the group won’t be opposed to adding even more tour dates further down the road. So if you can’t make it to one of the already scheduled tour dates for the Happiness Begins tour, maybe just tweet at the Jonas Brothers until they add more dates? Hey, they literally did an impromptu performance at a Penn State bar in April. (I went to Penn State, and let me just tell you how weird it is that they performed there. That place was literally a Chili’s four years ago.) Literally, anything could happen.