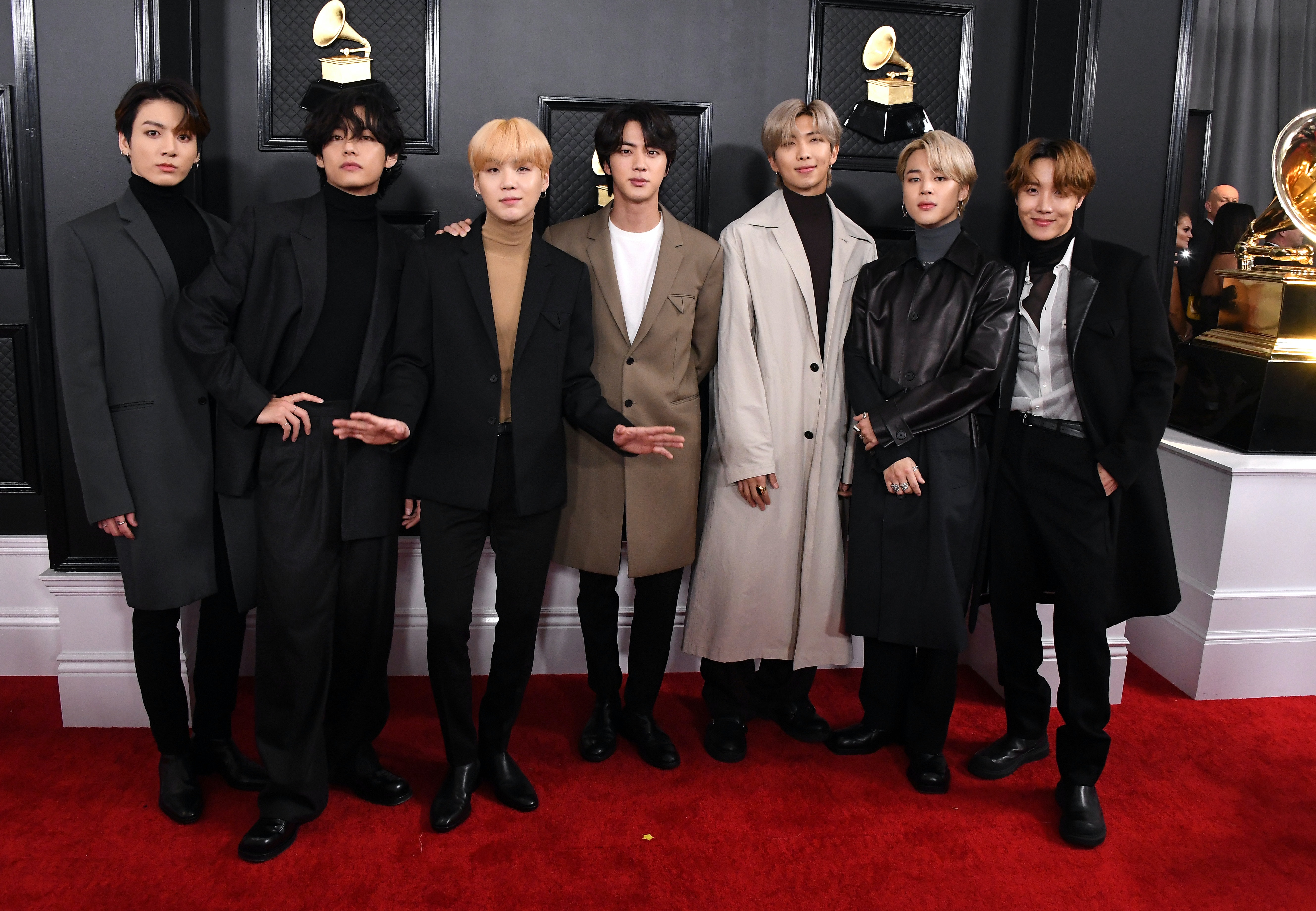 It seems the rumors were true after all. On April 4, Sports Donga reported BTS was preparing to drop a new single, and just weeks later on April 26, Big Hit announced the group will make their highly-anticipated comeback with "Butter" this May. The agency teased the track will be "another summer smash hit" from BTS following the massive success of "Dynamite" in 2020. If you want to stream the song right when it arrives, here’s how to pre-order BTS’ "Butter."

Big Hit made the news by airing a mysterious one-hour livestream on YouTube. The video featured an image of a piece of butter with the BTS logo on top. As the stream went on, fans could see the butter slowly melting, and by the end, it shrunk down into the shape of a heart. That’s when Big Hit revealed BTS’ next single is called "Butter" and it’ll drop at midnight on Friday, May 21. The agency described the song by saying, "’Butter’ is a dance pop track brimming with the smooth yet charismatic charm of BTS." They added it will be the group’s second English single after the release of "Dynamite" last August.

When Sports Donga said BTS was getting ready to release another song, fans guessed May 21 could be the special day since the 2021 Billboard Music Awards are that weekend on Sunday, May 23. The group has appeared at the show every year since 2017, so ARMYs believed they could make their long-awaited comeback at the BBMAs like they did in 2018 with "Fake Love."

Now with this latest update, fans are even more convinced BTS will perform "Butter" live for the first time at this year’s BBMAs.

ARMYs can pre-order "Butter" on BTS’ official website to listen to it right when it drops. The site gives fans the option to pre-save the song on Spotify and Apple Music, as well pre-order an MP3 version of the track for $0.69.

Last time, BTS broke a record with Be (Deluxe Edition) by reportedly getting 42.8 million streams on Spotify within 24 hours — the platform’s biggest 2020 debut for an album by a group. ARMYs, if you want to help BTS make history once again, pre-order BTS’ "Butter" to start streaming instantly.