The 2022 Golden Globes won’t be televised, but the Hollywood Foreign Press Association said today that the show will go on. The 79th annual trophy show is set for Sunday, January 9, but no venue was announced.

2021-22 Awards Season Calendar – Dates For The Emmys, The Grammys, The Oscars & More – Updated

The nominations will be announced Monday, December 13. See the full timeline below.

NBC in May pulled the plug on televising the 2022 Globes amid the controversy swirling around HFPA in the wake of the group’s admitted lack of diversity. The organization has vowed to implement reforms and has taken a number of steps to do so in recent months.

Here is the full timeline for the 79th annual Golden Globe Awards: 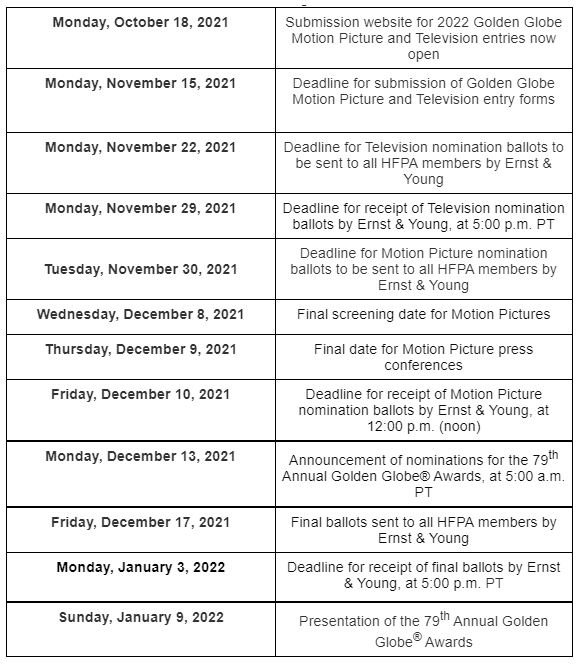