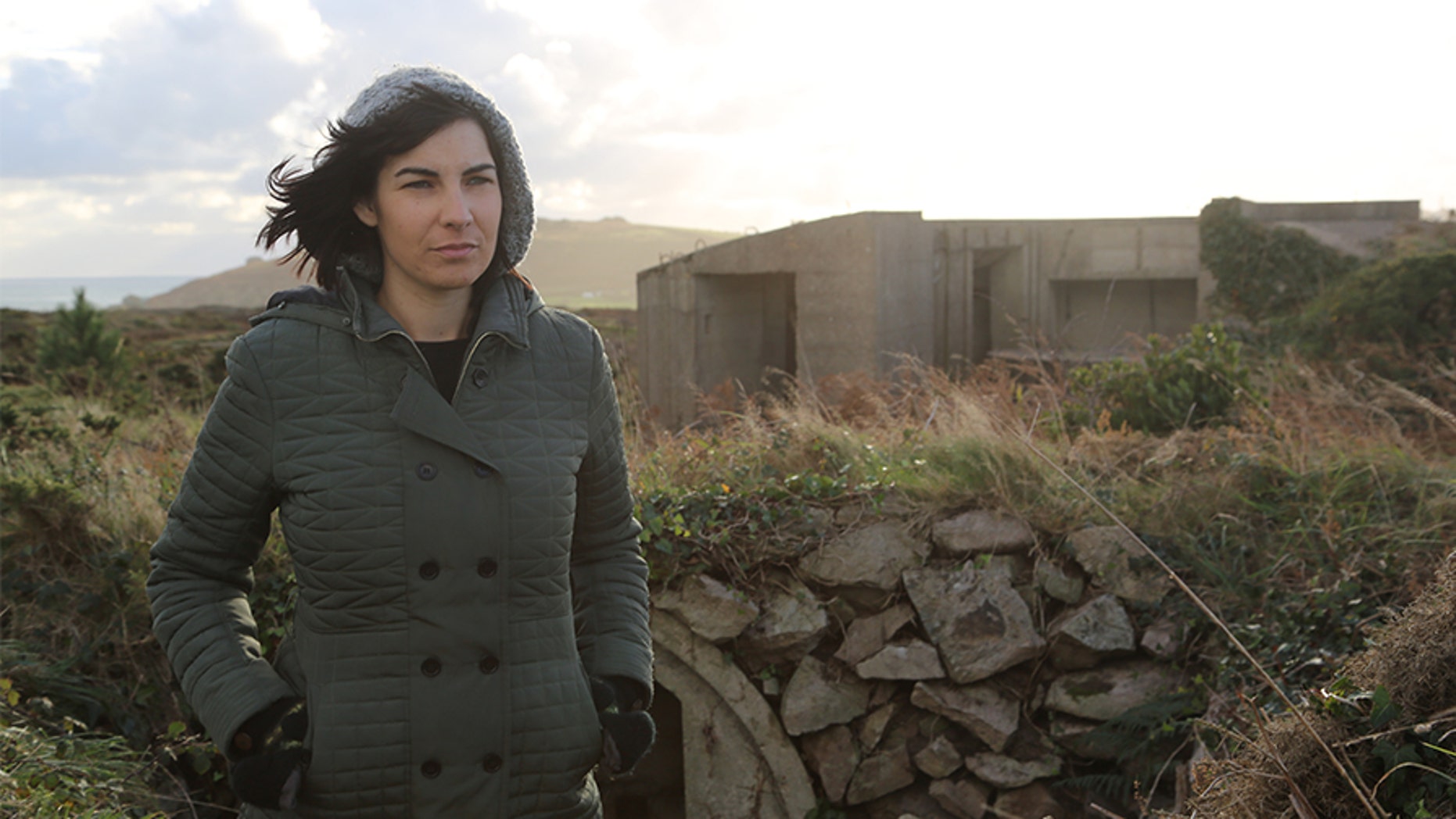 Caroline Sturdy Colls believes the number of deaths on the British island of Alderney during World War II is almost double to what was previously thought due to hidden unmarked graves.

The professor, who specializes in the forensic investigation of Nazi crime scenes, chronicled her investigation in a new documentary for the Smithsonian Channel titled “Adolf Island,” which aims to examine the horrific events. 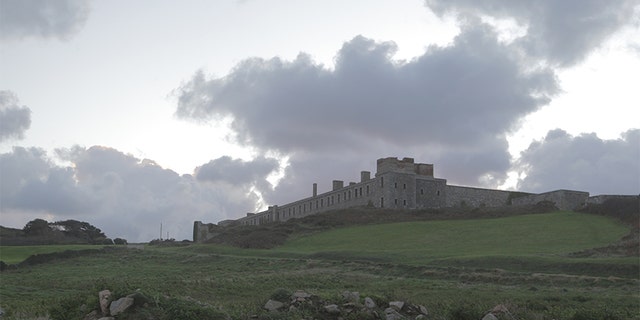 According to the show, only 389 bodies have ever been found. However, Colls told Fox News her “conservative estimate” is “around 700 people."

The BBC previously reported Alderney was once home to several labor camps, as well as a concentration camp called Lager Sylt, which housed thousands of slave labors between 1940 to 1945. The island was given the codename “Adolf Island” and was part of a “network” of wartime prison camps. The outlet shared the prisoners brought there came from 27 countries. 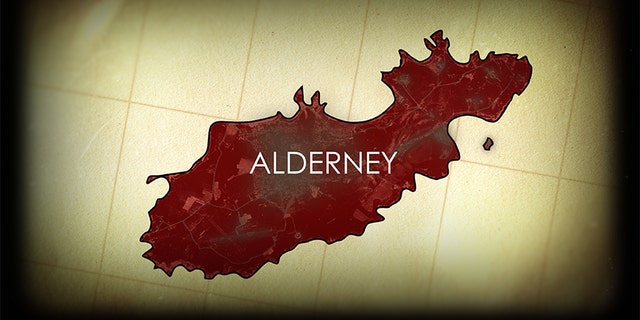 Colls said the island, located between France and Britain, became too difficult and expensive to defend, causing the population to be evacuated. Consequently, the Germans occupied the island within a matter of days. Adolf Hitler specifically took an interest in Alderney, viewing it as a fortress that could be used to own a piece of England. She said it was also part of his plan to invade mainland Britain. 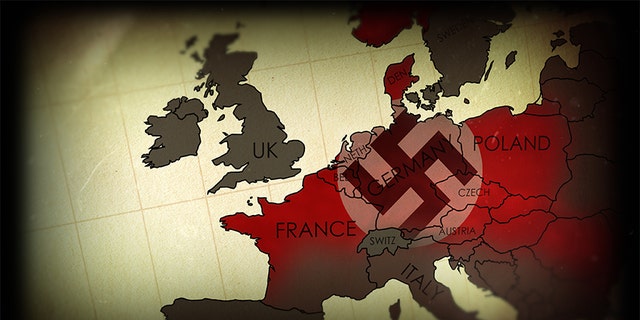 “My conservative estimate is based on a number of different things,” Colls explained. “One is the marked burials that were found during excavations in the 1960s. We have records of how many bodies were exhumed during those periods of time from the official cemeteries. I also have a list of names of people who have death certificates that the Germans created, but they don’t have a marked burial on the island, and they never had a marked burial on the island from 1945 at least onwards.”

“There are people who are definitely missing persons who’ve never been found,” Colls continued. “And then I’ve also got various documents that testify to people writing lists during different periods of time when they were on the island about how many people died during those periods… I think 700 is conservative. I’m convinced there are more people that died, but that’s the number that, at the moment, I can certainly put names to a lot of those people.” 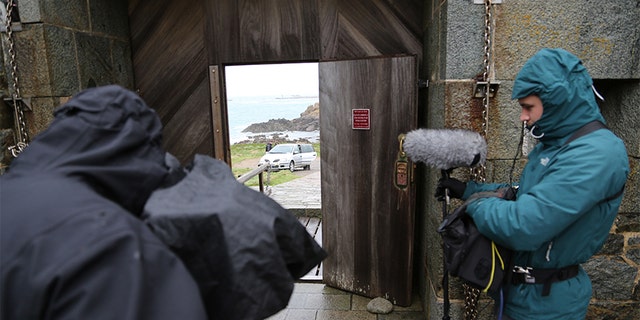 According to the documentary, witnesses and survivors have long claimed that thousands died in Alderney.

“The drones were absolutely vital actually, particularly during the making of the film,” said Colls. “We employed many different noninvasive methods, but obviously drones give us the capability to see a large area of land from the air. So we were able to… create a really detailed photographic representation of what the sites look like now, which showed the traces of building foundations and vegetation change. That can indicate the presence of remains beneath. And we could see foundations, for example, in the concentration camps.” 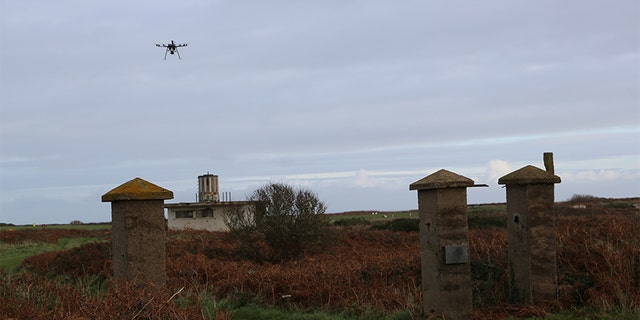 Colls revealed she also relied on LIDAR, which uses laser pulses to create the bases of topographic maps.

“That showed us depressions in the landscape and it allows us to strip away all the vegetation,” she said. “Which means on sites like Sylt, which is really covered in dense vegetation, we can see what lies beneath for the first time since the camp was demolished. So it’s an amazing visualization technique, particularly when mapping buildings within the camp.” 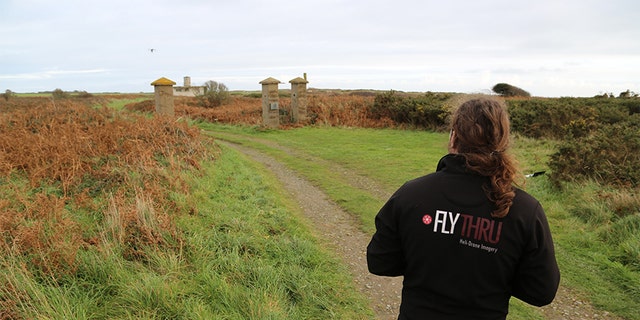 Flying drone over remains of the old gates at Sylt, drone operator in the foreground, Alderney. — SNI/SI Networks L.L.C.

However, Colls claimed her work was not welcomed in Alderney. In the documentary, Colls alleged she has been faced with “hostility” on the island, including from the Alderney government, which she claimed had refused to allow researchers to excavate some of those sites. Consequently, Colls and her team were forced to rely on non-invasive methods to support their findings.

“There have been a number of people who have not wanted the story to be told within the local community, within local historical society, and within the government itself,” Colls alleged. “And although there are initiatives to commemorate aspects of the occupation… there are people who just see this as too sensitive, and the stories of the force of slave labor as something unpleasant that they didn’t want to talk about, that will bring shame on the island. Some people are worried about tourists going there and seeing these sites as a kind of ghoulish attraction.” 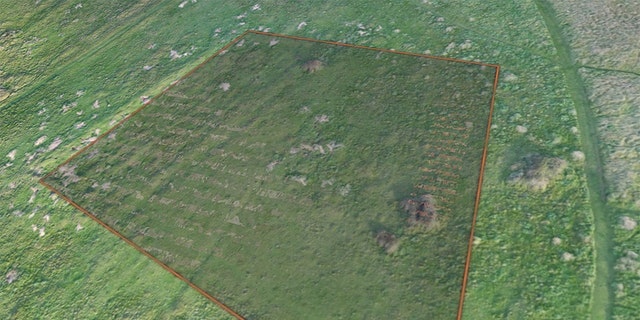 “There are loads of varied reasons really,” she continued. “When we were making this film, we did encounter a lot of hostility stopping us from doing our work, but also people actively telling us very clearly that they did not want us to be there.”

A spokesperson for the States of Alderney told Fox News in a written statement that they do in fact welcome research on the island.

“The States of Alderney reiterates the statement made by its Chairman of Policy and Finance Committee in November 2017: We welcome academic research and supervised archaeological investigation which is carried out to high professional standards,” the statement read. 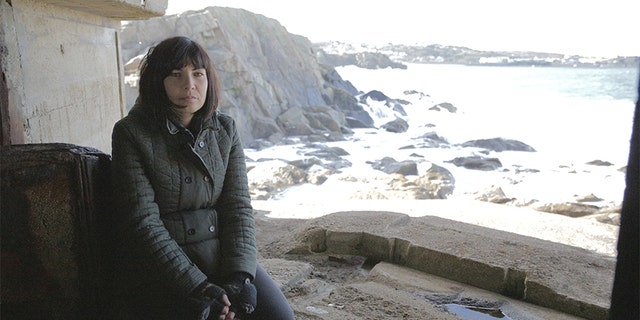 “Next month the States will be welcoming Lord Pickles, Special Envoy for post Holocaust affairs to discuss how the lessons from Alderney’s wartime history are commemorated as part of the UK’s wider international commitments," the statement continued. 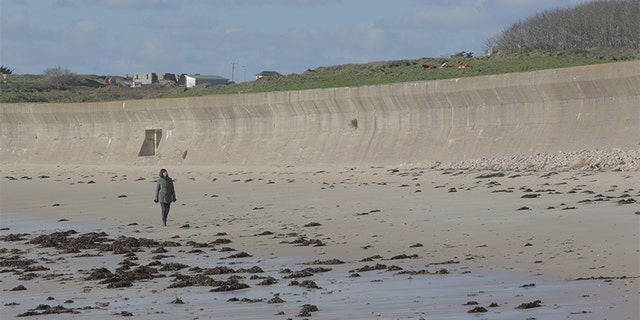 “The Germans fortified the Island under Hitler’s Atlantic Wall directive, establishing labor camps including slave laborers. There is no definitive account of everything that happened in Alderney but much has been pieced together through the records and publications that do exist. There were hundreds of recorded deaths and burials which, after the War, were exhumed for reburial in France and elsewhere.

“Undoubtedly there are other deaths which occurred and there may be undiscovered burials on land. Alderney remembers and honors those who were brought to the island as slave laborers and died on the island through the Hammond Memorial and an annual service of remembrance.”

Today, Colls said Alderney has a population of about 2,000 people. However, she pointed out its landscape is still “scarred by World War II” with bunkers, tunnels and other concrete structures from the era still visible. 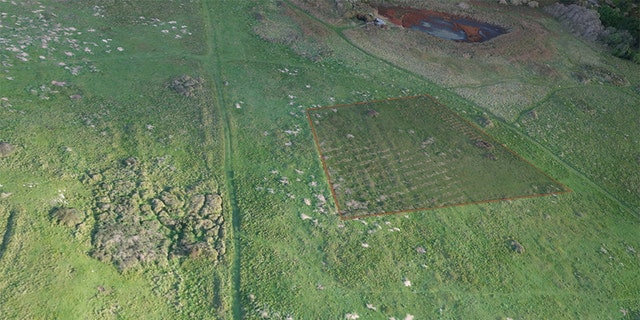 Colls, who is working on a book about her findings, hopes the documentary will raise awareness on the tragedy that occurred in Alderney, as well as encourage its government to further welcome research. But more importantly, she wants the victims to be honored and their horrific suffering to not be forgotten with time.

“The reality of starvation dominated,” said Colls. “The flights of food was something that all prisoners talk about in their testimonies. So their rations were small and a lot of the time, the rations were essentially stolen by the guards. They didn’t receive their full rations and malnutrition was common. The conditions were overcrowded and damp. Usually no heating. People were living with lice and diseases broke out among the labor camps.” 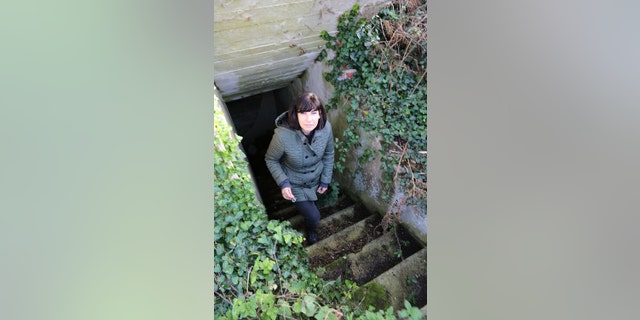 “Almost all the prisons also talk about beatings by the guards as part of their daily lives,” added Colls. “There are shootings of prisoners individually, but also there are some instances of collective shootings. People were hung on the camp gate within the concentration camp as a warning to other prisoners if you tried to escape [or] try and steal food. And as I said, prisoners were starving. They would do anything to try and get food. [It] was really, really awful. This is about re-humanizing them and being able to give their stories a voice."