“He’s absolutely beautiful,” said the nurse as she went to hand Morna her bundle of joy. “Remember to support his head.” But as the new mother took a first look at her child, she let out a piercing scream. “That’s not my baby! He’s got red hair. None of my family have red hair, and unless my husband has been hiding red-haired relatives from me, neither does he.” After nervous discussions with the sister and doctor, the quaking nurse took the baby back to the nursery and a few minutes later reappeared, carrying a different bundle of joy. “I’m so sorry,” she said, handing the bundle to Morna. “It’s never happened before. How can you ever forgive me?”

Years later Richard Briers claimed, quite legitimately, that he must have been the world’s youngest ever performer of farces. Well, he and the red-haired imposter.

In many ways, this early identity crisis was a fitting metaphor for his later stellar career.

And anyone who had the late actor down as a middle-class sitcom star who drank tea and enjoyed gardening should reconsider.

In many ways he was deeply paradoxical: a school dropout who came to embody the middle classes; an outgoing friend to theatrical legends who was equally happy chatting to the blokes at the rubbish tip; and a TV sitcom star recognised as one of the finest stage actors of his era.

“The public are always quite shocked when I tell them that my parents didn’t have two pennies to rub together,” Briers said.

“Or that I was rubbish at school. That really surprises them. They think I went to Cambridge or somewhere and have lots of O levels! I didn’t even get a Z level.” 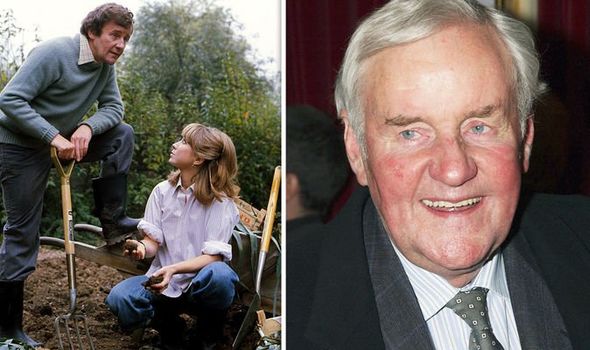 He even had mixed feelings towards The Good Life. Despite all his other triumphs, the 17 million fans who tuned in to enjoy his efforts at self-sufficiency in suburban Surbiton will forever associate Richard with the amiable eccentric Tom Good.

The Seventies sitcom, co-starring Felicity Kendal as his long-suffering wife Barbara, tapped into the liberal revolt against suburbia, skewering the curtain-twitching sensibilities of the middle classes and turning its cast into household names.

The first episode aired on Friday April 4, 1975, but the viewing figures were terrible, a mere 5.5 million at a time when the most popular shows could get 18 million viewers.

The audience rose enough to persuade the BBC to commission a second series, then there was a stroke of luck as a strike at ITV shoved The Good Life to the No1 spot instantaneously – and it remained there until 1978. Yet for all its success, Richard had what he described as a“hate-hate” relationship with his most famous character.

“I never really liked Tom. I thought he was selfish and obsessed,” he later admitted. “Poor Barbara never got any dresses and presents. It was always about him, his ideas, his plans.” 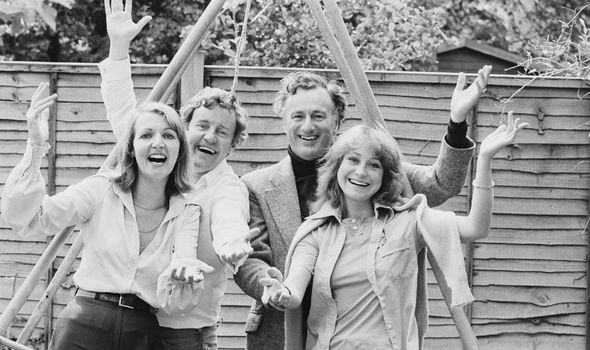 Briers was certainly nothing like the middle-class man he played on screen. He was a keen smoker, drinker and swearer. But perhaps the paradoxes surrounding Britain’s most famous portrayer of middle England can be traced back to his early years? Briers always credited his work ethic to his poor upbringing.

Growing up in Raynes Park, south London, the son of a bookmaker, the young Richard quite enjoyed WorldWar Two. Like many children, he found air raids exciting.

And the war presented him with two major opportunities: collecting ironmongery, which he did from the munitions dump down the road, and making fun of Hitler.

Although he was never short for his age, Richard was terribly thin as a child and, as he put it, “a little bit of a softie”.

He soon realised this rendered him bully fodder and the only way of deterring potential perpetrators was by playing for laughs.

“I’d have been about three or four at the time, but I remember Richard standing on a large bin one day while some children gathered around him,” recalls his younger sister, Jane.

“All of a sudden, he started shouting in a funny accent and waving one of his arms in the air. He carried on doing this for some time and I eventually realised he was impersonating Hitler!

“We all used to fall about laughing. And the more we laughed, the longer he went on.”

When Jane first arrived, Richard had been fairly attentive until the first bath time. Then, when it became clear his parents had brought him a sister and not the wished for brother, he made his feelings known.

“Look, it hasn’t got a willy,” he complained to his mother as she bathed Jane. “You’ll have to take it back right away and fetch me a new one!” One day, shortly after an air-raid siren had sounded, Morna was leaving home with Richard and Jane when she realised she hadforgotten something.

“Stay here, and I’ll be back in a minute,” said Morna. Jane recalls: “I had lots of lovely blonde curls and when my mother disappeared back to the flat, Richard took out a pair of scissors he must have pinched from school and chopped them off! I think I giggled. I thought it was fun. Mother didn’t!”

Richard’s grandparents Fred and Lillian were paying for his education and had high hopes for their first-born grandchild. But he found education a bore and was eventually forced to branch out from telling jokes, daydreaming and impersonating despots. Although it would come into its own in secondary school, Richard’s career as a wheeler and dealer started at the age of ten. After being asked by fellow pupils if they could have one of his sweets, he discovered the economic model of supply and demand. Next day he procured assorted sweets and sold the lot.

By the time Richard started secondary school in Wimbledon in September 1945, he had extended his product range. In addition to assorted sweets he was now peddling comics, several brands of cigarettes, including Woodbines and Park Drive, and even alcohol. 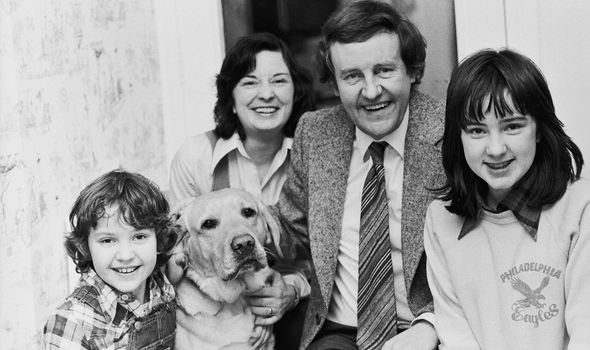 A friend, whose parents owned a well-stocked drinks cabinet, used to invite Richard around when his parents were out and, after they had siphoned off a noggin or two for themselves, would allow the young entrepreneur more to sell at school. “My dad became a byword for convention and decency in the 1960s, 1970s and 1980s, yet at the age of just 11 he was selling cigarettes and alcohol to his peers,” laughs his daughter, Lucy.

So prolific did his business interests become at Ridgeway School that at the end of 1947 the headmaster wrote in his annual report: “It would seem that Richard Briers thinks he is running the school and not me. If this persists one of us will have to leave.”

But with money always scarce, Richard would shun any guilt and responsibility in favour of the notion that his “commercial interests” were simply an antidote to being poor.

And when he wasn’t flogging things at school he was playing truant from it. If someone ever wanted to find him during school hours, there was only one place to look: Raynes Park Station, where he could be found in the waiting room reading PG Wodehouse. 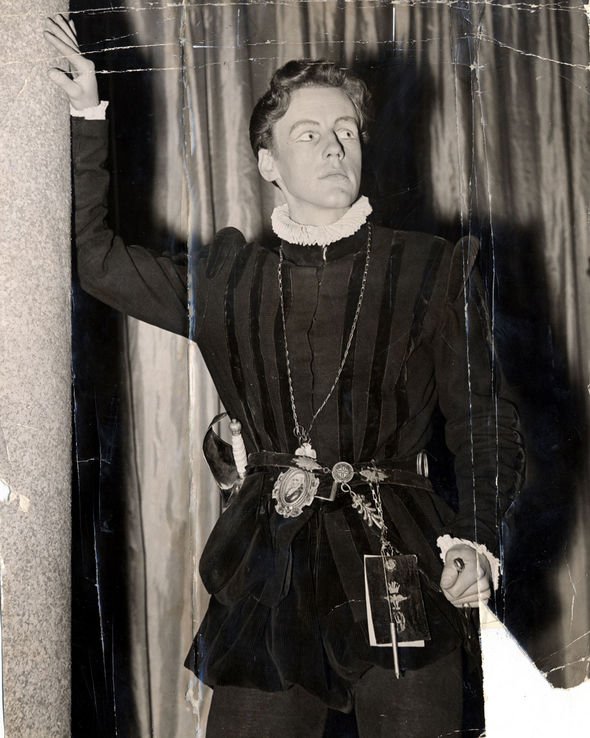 It was the actor and entertainer Terry-Thomas – his father’s cousin – who nudged the young man towards a career on the stage.

Richard always claimed his Rada audition “bloody well terrified me” and that he scraped in.

He struggled with nerves throughout his career – but what a career it was, combining TV and adverts with almost constant stage work, Hollywood movies and even a Broadway hit that had the actor Bill Murray falling at his feet.

Yet by the end of his life, Richard had almost as many friends outside acting as inside. “One of his favourite things was visiting the dump in Acton,” remembers his older daughter Kate. “He knew absolutely everybody and used to love finding rubbish that wouldn’t fit in the bin. ‘Just popping down the dump, love,’ he’d say to Mum. ‘What – again?!’ He’d spend hours there, just chatting. He wanted to know everything about everyone.”

Though he gave up smoking in 2001 after consuming an estimated half a million cigarettes, Briers was diagnosed with emphysema in 2007 and refused treatment.

As his actor daughter Lucy recalls: “People tend to assume that as a child he was probably bright, studious, middle-class, well-behaved and politely spoken, and as an adult somebody who never swore, never smoked, drank tea, went to church and watched Songs of Praise. If only they knew!”