Actor Valerie Bertinelli shared recently that Hungry, the Demi Lovato-led NBC comedy pilot she had been working on, “did not get picked up” by the network. Still, the former One Day at a Time star hardly seemed disappointed, instead noting that she’s feeling pretty hopeful about the project’s future. Here’s what she had to say.

In Hungry, the actor was cast to play mother Lisa to Lovato’s character Teddy. Centered on a food dependence support group, the comedy is written and executive produced by Suzanne Martin, the creator of Bertinelli’s last television comedy, Hot in Cleveland. Martin was also a writer for NBC hits Frasier and Will & Grace.

In her new series, Bertinelli is a food-obsessed character who also runs a restaurant.

At the time of the pilot’s announcement, the Food Network star could barely contain her excitement at being part of the project after not acting for so long. On an Instagram video at the time, Bertinelli told her followers, “You guys, you guys, I’m so excited. I have to calm down because I’m so crazy excited. I haven’t acted, well, since Hot in Cleveland went off the air in 2015.”

In a recent “ask me anything”-like event promoting autographed copies of her upcoming memoir Enough Already on talkshoplive, the actor appeared via video feed from her home to answer fans’ questions, including one fan’s query about the star’s “acting projects you are involved in.” Checking first with someone off-camera, presumably her agent or publicist, to make sure it was all right to discuss the pilot (“Can I say about the acting project?”), Bertinelli talked about Hungry.

“Shot a pilot with Demi Lovato, who I adore,” she began. “That pilot did not get picked up. Suzanne Martin, who is brilliant — she wrote and created Hot in Cleveland — wrote this show for Demi Lovato. They’re brilliant in it.”

Bertinelli explained that while NBC passed on the single-camera pilot, they are interested in taking a look at it as a multi-camera show, a prospect that had the actor more than a little happy.

“The network wants to see it in a multi-cam,” she said excitedly. “Because we filmed it in a single cam. I’m so excited! We get to film in multi-cam! So, the show has not been picked up yet; we are filming the pilot again, this time in front of an audience. That’s going to happen next year and I’m super-duper excited, you guys. It’s such a good show.” 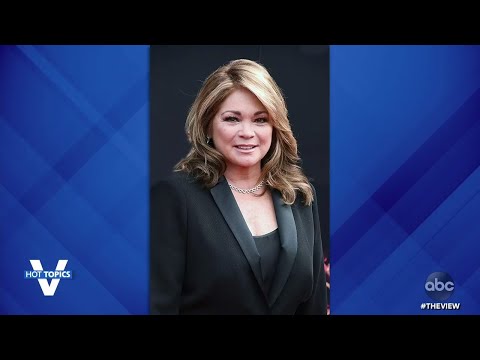 Why ‘Hungry’ is so important to Bertinelli

It’s clear that seeing Hungry succeed is about more than scoring another hit show for Bertinelli, who’s been in the entertainment industry since her teens. There’s a message the actor feels that she, Martin, and Lovato have the platform to share.

“It’s called Hungry. I hope it gets picked up,” she continued. “Because Suzanne has a voice, Demi has a voice. But I’m talking about a voice for their generation, for what people need to hear about body image. I have a voice for my generation. And I think this show is so good, so funny, and I hope it gets picked up by NBC. Keep your fingers crossed.”