Chadwick Boseman’s death on Friday after a secret, four-year battle with colon cancer not only stunned and devastated fans all around the world, but perhaps was most felt by his now widow, singer Taylor Simone Ledward.

Echoing his private battle with cancer, Boseman was also notoriously private about his personal life. The couple was first linked in 2015, though Boseman never commented on his relationship with the California State Polytechnic University graduate, who majored in music studies and served as the lead singer of the school’s jazz band. Their first PDA sighting was in June 2017, when they were spotted holding hands in Los Angeles following his appearance on Jimmy Kimmel Live!. 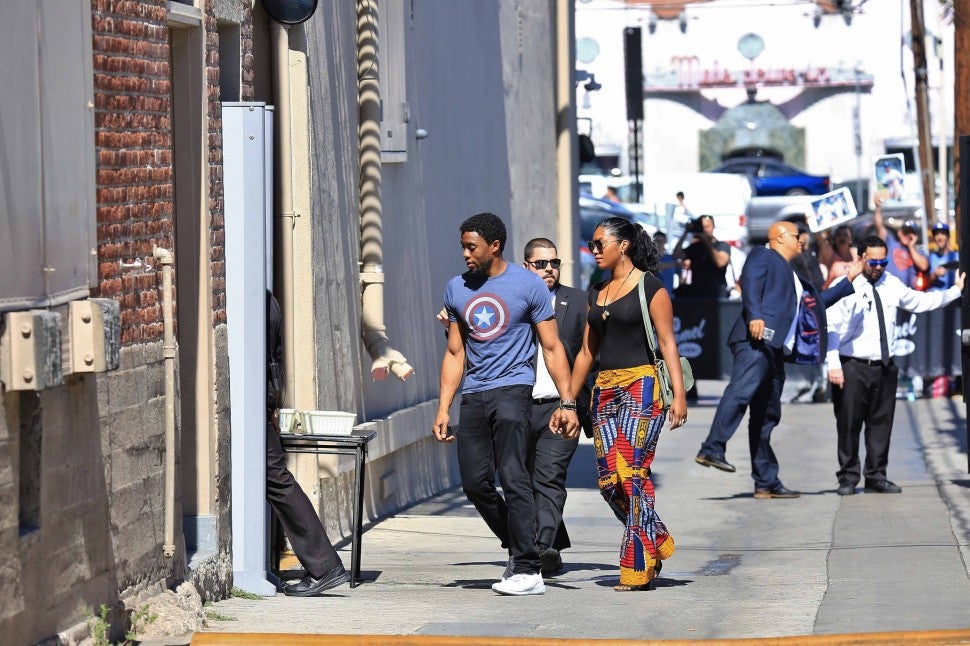 The couple was still going strong in February 2018, when Boseman brought her along to the NBA All-Star Game that year at the Staples Center in Los Angeles, where they were photographed sitting side by side. She was also photographed on the court with him as well as his Black Panther co-star, Michael B. Jordan. 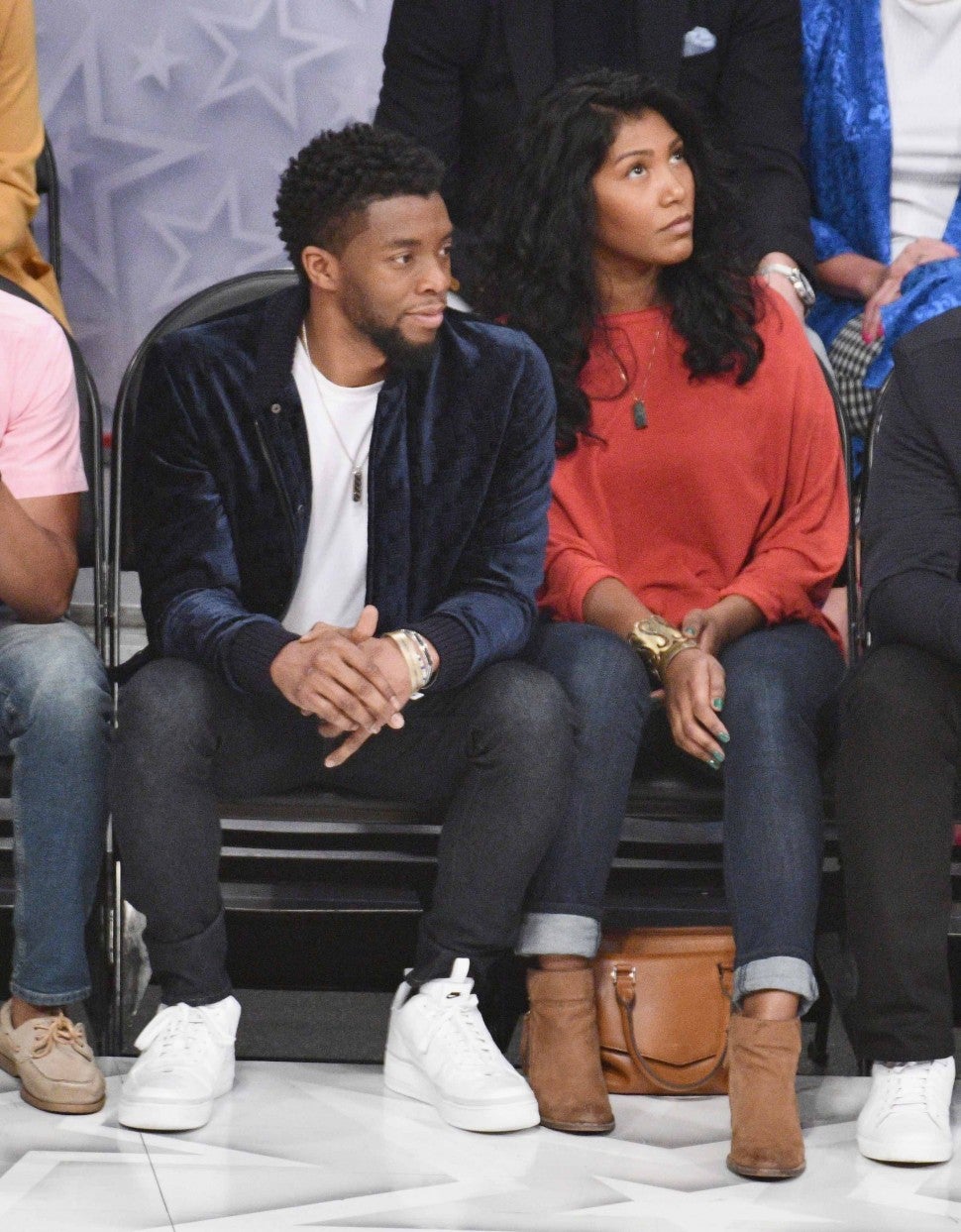 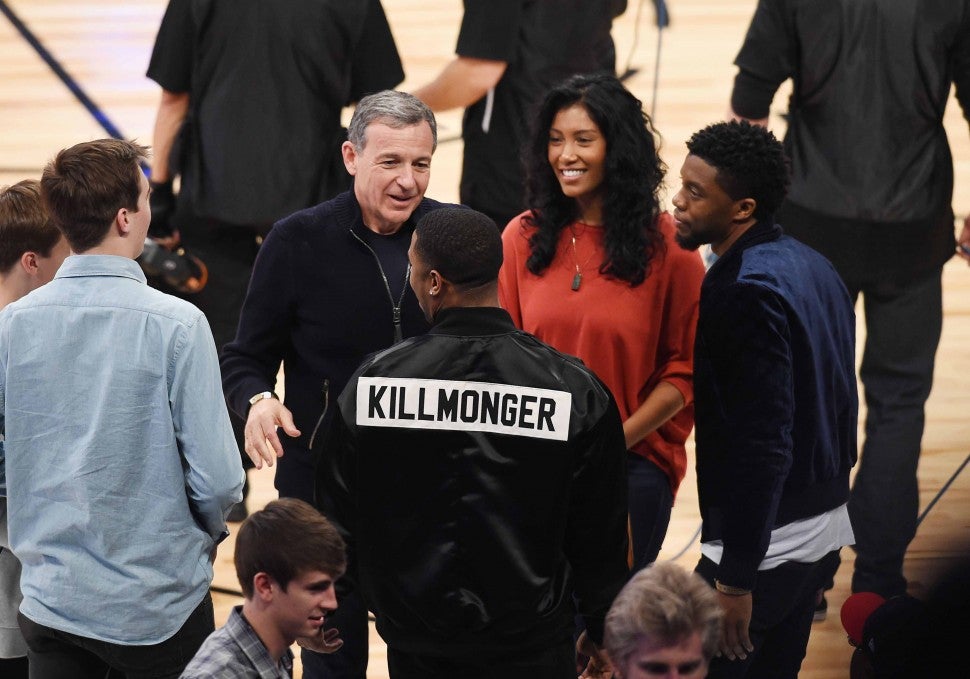 In March 2018, celebrity gossip site The Young, Black, & Fabulous reported that Ledward’s sister commented on an Instagram photo of Boseman with his Black Panther love interest, Lupita Nyong’o. When a fan wrote that she wished the two actors were a real-life couple, she replied, “His real life queen is gorgeous, and together they embody true love. Not to mention they would make some beautiful babies.” Ledward’s grandmother also reportedly spoke to In Touch Weekly in April 2018 about their relationship.

“They respect each other,” she was quoted as saying. “She’s very happy, and he is, too.”

In January 2019, the couple made a stunning pair at the Screen Actors Guild Awards, where they both beamed as they held hands. 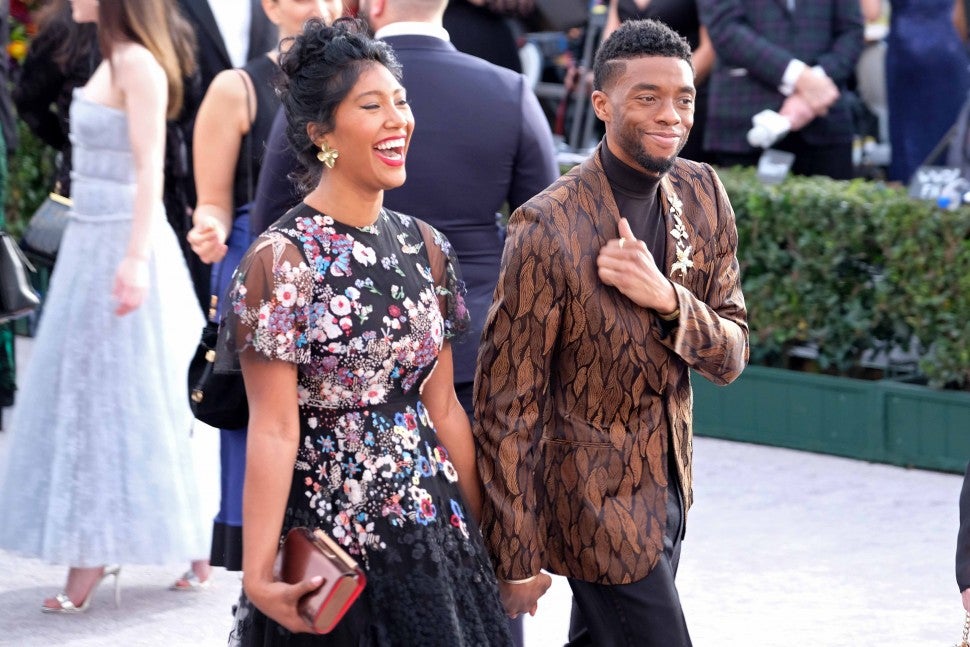 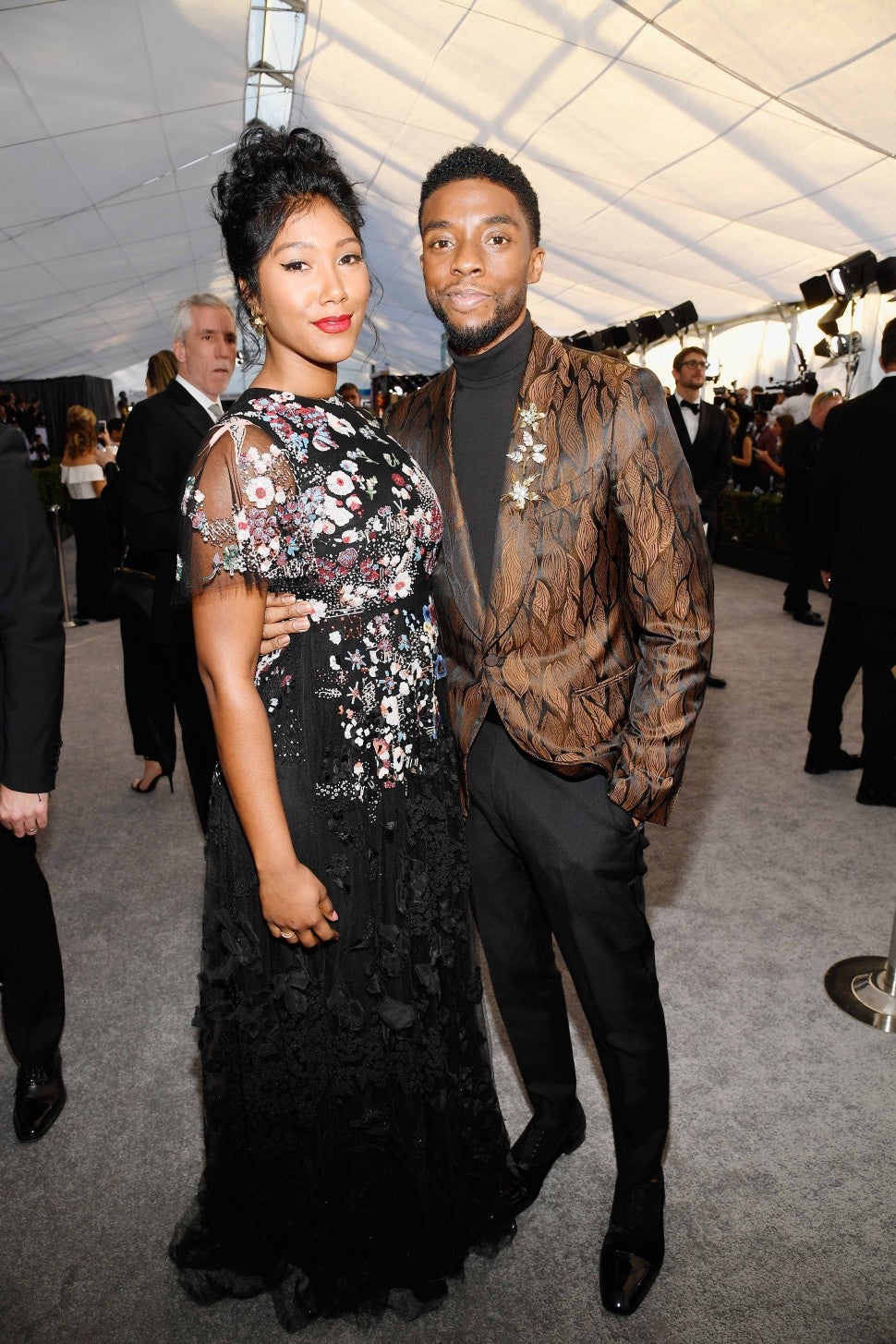 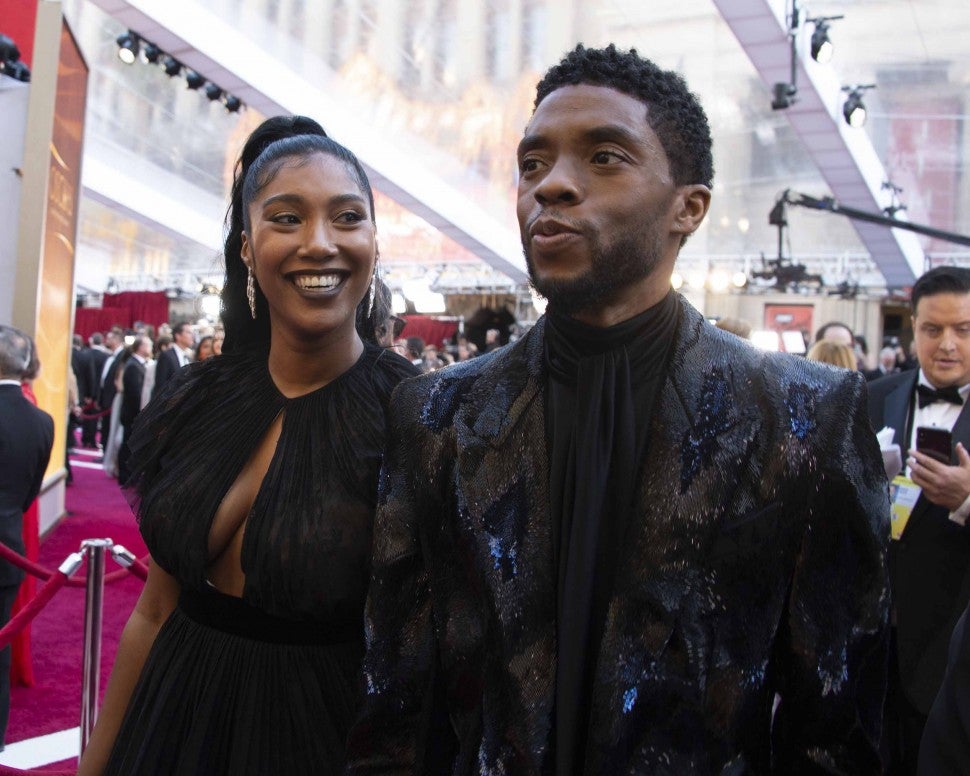 Boseman publicly thanked Ledward a month later at the 2019 NAACP Image Awards, when he won the award for Outstanding Actor in a Motion Picture for his performance as King T’Challa in Black Panther. He also appeared to heartbreakingly allude to his health struggles during the speech.

“Simone, you’re with me every day,” he continued. “I have to acknowledge you right now. Love you.”

Ledward was shown mouthing “I love you” back as she blew him a kiss from the audience.

2020 has presented many trials and tribulations and WE MUST continue the fight preparing for the win. Rest In Power #WakandaFOREVER

Rumblings of the two getting engaged began in November 2019, after they posed together at the premiere of 21 Bridges and she sported what appeared to be an engagement ring. 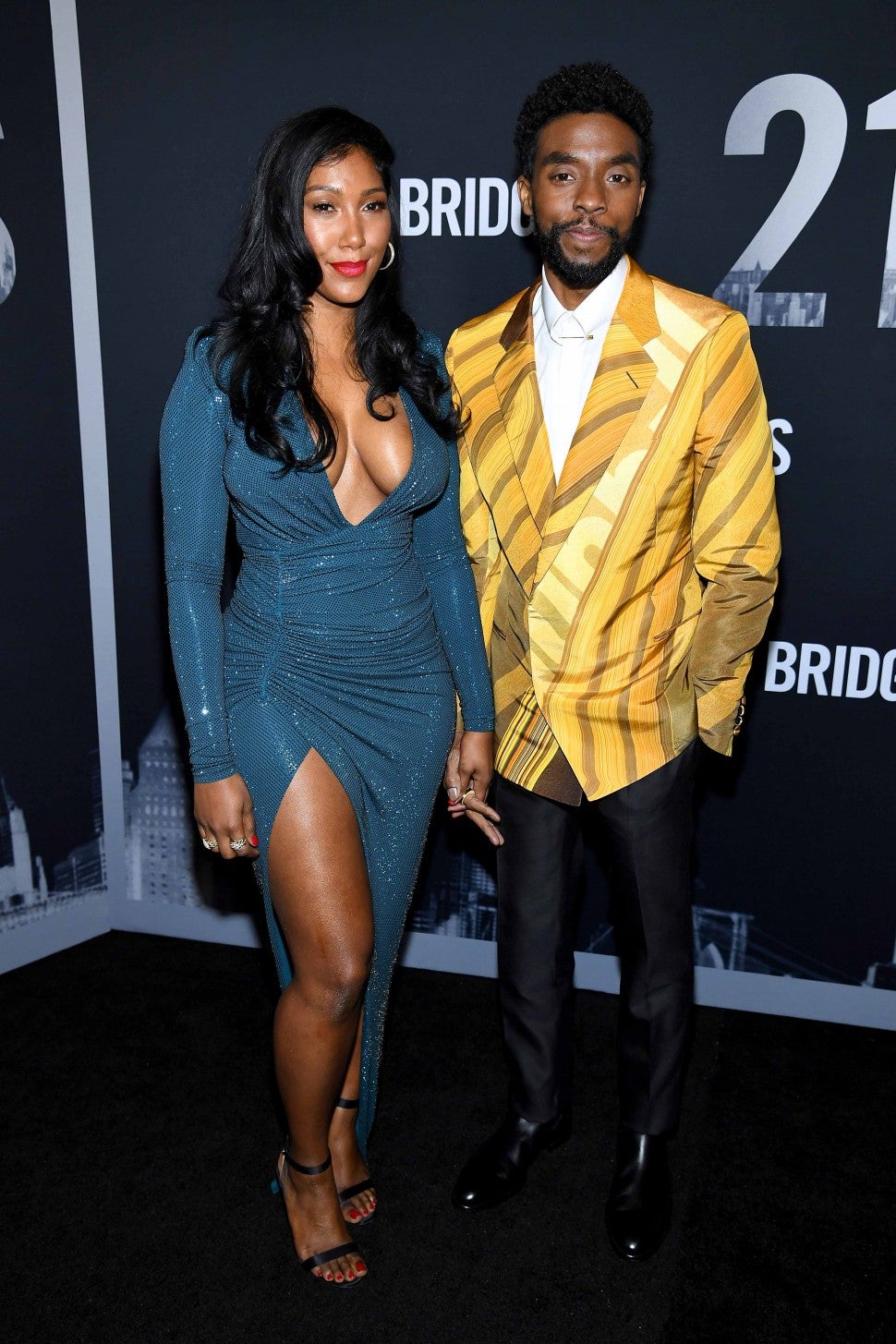 As Boseman continued to secretly battle cancer, Ledward remained by his side. In February, the two appeared in great spirits at the NBA All-Star Game in Chicago, Illinois, Ledward still sporting her engagement ring. 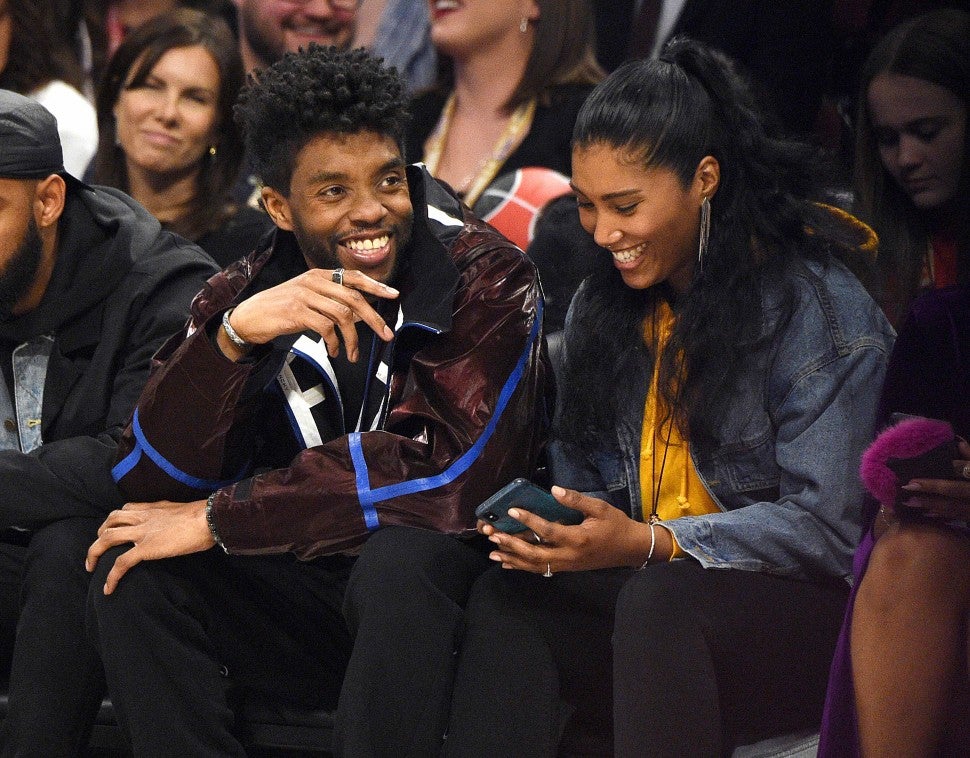 On Friday, Boseman’s family revealed he secretly married Ledward before his death, referring to her as his wife in their statement about his death.

“It is with immeasurable grief that we confirm the passing of Chadwick Boseman,” the statement read. “Chadwick was diagnosed with stage III colon cancer in 2016 and battled with it these last four years as it progressed to stage IV. A true fighter, Chadwick persevered through it all, and brought you many of the films you have come to love so much. From Marshall to Da 5 Bloods, August Wilson’s Ma Rainey’s Black Bottom and several more, all were filmed during and between countless surgeries and chemotherapy. It was the honor of his career to bring King T’Challa to life in Black Panther. He died in his home, with his wife and family by his side.”