Jack Whitehall, 31, joined the likes of RuPaul, 58, and Dame Helen Mirren, 74, on The Graham Norton Show tonight. In a teaser clip, released earlier today, the funny man told host Graham Norton, 56, about how he and The Rock, 47, had become friends whilst working on a movie together in the US. Jack said the gym fanatic had even gone so far as to invite him to work out in his gym with him.

However, it wasn’t long before the Fast and Furious star got wind of the anecdote and took the opportunity to tease Jack in view of his 13 million Twitter followers.

“He’s amazing and he’s the kindest guy,” Jack said of the actor.

“He has this gym that he travels with which I got to go into, which I felt very honoured to be invited into the Iron Paradise,” he told Graham.

“Is that what it’s called?” the presenter chipped in. 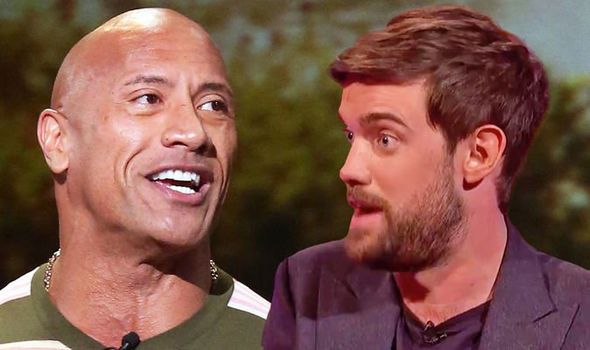 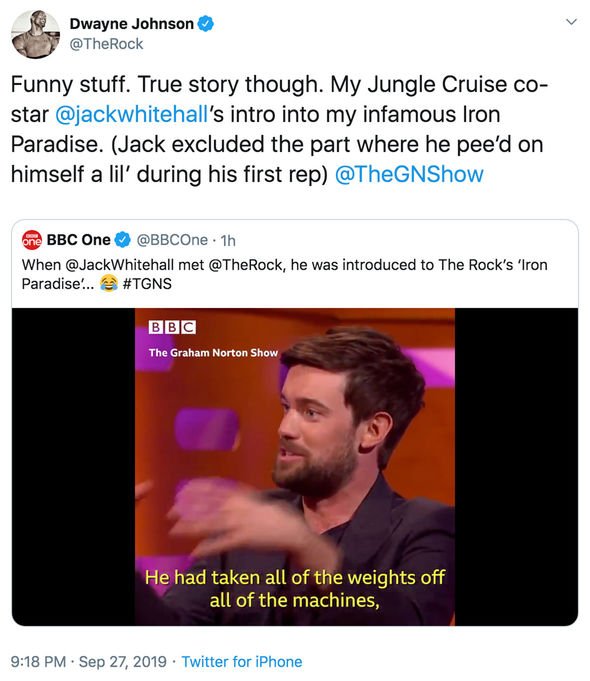 “And he invited round to the gym and I went round – and these machines are enormous.

“He had taken all the weights off all the machines so it was just the bars and even then I was like I don’t think I can manage this,” Jack chuckled. “So, I went into there corner and got onto an exercise bike and popped in an audiobook and he’s in the other corner with a chain around his neck and he’s crunching all of this iron and listening to rap music.

“And I’m over there like one of Call the Midwife,” he added, miming cycling.

Spotting the video circulating on Twitter, Dwayne shared it with his fans, along with an awkward detail Jack had chosen to omit. 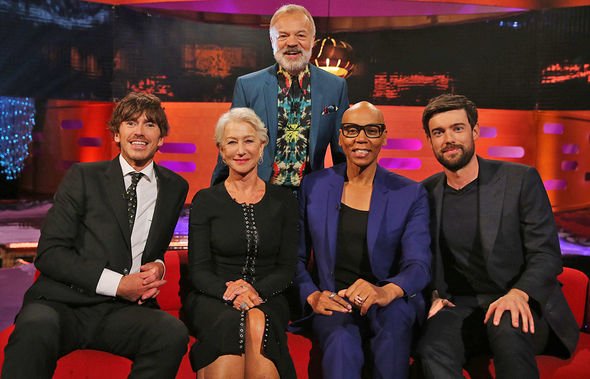 “Jack excluded the part where he pee’d himself a lil’ during his first rep,” he jibed.

Jack and The Rock are starring alongside each other in Disney’s Jungle Cruise, which is set for release next summer.

The Hollywood actor previously shared a picture of the pair of them on set, a huge snake wrapped around his neck while Jack held the tail.

“I name friends with a big ol’ hungry Anaconda,” The Rock told his 158 million Instagram followers. “While my brave co-star and good buddy @jackwhitehall did his best to smile thru his fear of snakes.”(sic)

He added: “Next, me and Jack will swim with the piranhas… completely against his will.”

The Graham Norton Show airs tonight at 10.35pm on BBC One.