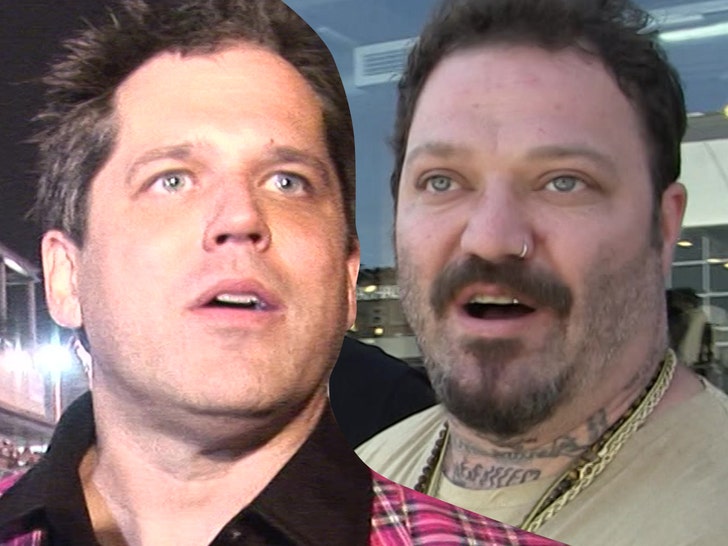 Bam Margera could be taking the “Jackass” drama a little too personally — because the franchise’s director just filed for a restraining order against him.

Jeff Tremaine — who’s shepherded the “Jackass” movies for years now — just filed for a temporary restraining order against his one-time pal and star, Bam … this following a messy few months of dirty laundry being aired, and conflicting accounts about production of the 4th film in the franchise.

It’s unclear at this point what exactly he claims might’ve happened now to warrant a judge’s intervention, but we know this … it comes on the heels of Bam going on a fuming rant against Tremaine and Johnny Knoxville.

He claims they strung him along to be part of ‘Jackass 4,’ only to cut him loose in the end over what Bam calls unreasonable demands.

Bam posted his latest claims from Florida, where he says he’s on his own and seeking the help he needs. The guy’s been in and out of rehab lately and his former costars — including Steve-O — say they’ve desperately been trying to get through to him.

Bam’s gone back and forth for months with his former pals. You might recall, the dude was literally calling on fans to boycott the newest ‘Jackass’ movie when it came out … only to turn around a day or so later with an about-face.

The relationship’s clearly in a bad place now.