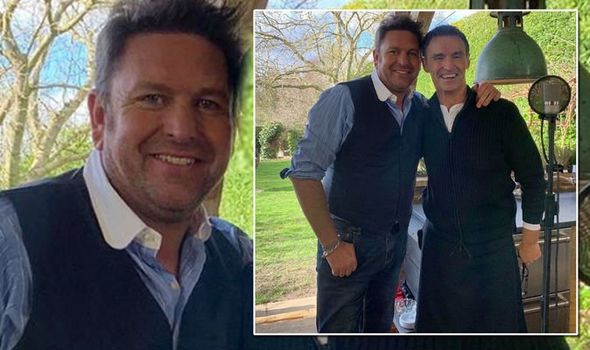 The Saturday Morning host took to social media to share a snap of himself with Wet Wet Wet singer Marti Pellow and fans were quick to point out his new “trim” figure.

The star told his followers he had recently lost one and a half stone.

James posted the picture of himself with the 54-year-old former pop star on his Instagram account yesterday.

In the image, which he shared with his 277,000 followers, the smartly-dressed pair appeared to be in an outdoor kitchen, possibly filming scenes for the cookery show.

James wore a blue striped shirt, waistcoat and jeans for the picture and was sporting a golden tan.

The Scottish singer teamed a white shirt with a dark zip up jumper. 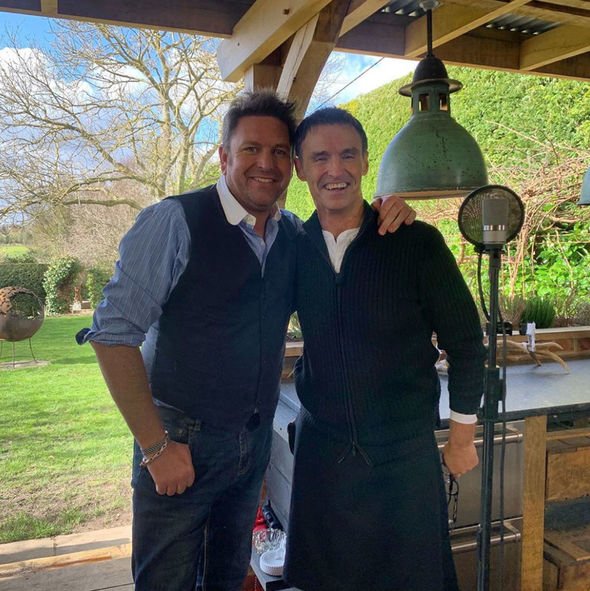 Taking to the comments section, fans couldn’t contain their glee at seeing the pair together, however some couldn’t help but point out the TV star’s noticeably trimmer figure.

One user said: “Looking trim there James [thumbs up emoji].”

Opening up about his recent weight loss, James replied: “1 1/2 stone and counting fella.”

Other users complimented James on his achievement.

One wrote: “Looking good. Well done,” while another added: “I think your canny fit with or without the weight.”(sic)

Several other fans complimented the good-looking duo and reminisced about the pop star, who found fame in the late 1980s and early 1990s.

He is probably best known for singing the band’s 1994 version of Love Is All Around, which topped the charts for 15 weeks after appearing in the film Four Weddings and a Funeral.

One fan remarked: “OMG, both my favourites together.”

Another added: “Marti Pellow, I was a fan of Wet. Wet. Wet, when I was a teenager, back in the day.”

A third Instagram user said: “Two handsome men in one place! I used to have a bit of a crush on Marti back in the day.”