Midge Maisel may be on her way to becoming the comedy queen of the Upper West Side, but someone with a more established royal connection is due to move into the neighborhood for future episodes of Amazon Prime’s The Marvelous Mrs. Maisel. Grace Kelly’s granddaughter Jazmin Grace Grimaldi will be in The Marvelous Mrs. Maisel Season 3, so fans will be waiting to see if a knack for acting definitely runs in that family.

The casting news originally comes from the New York Post‘s Page Six, which reported that Grimaldi, the daughter of Prince Albert of Monaco, would appear in the award-winning comedy after she posted an Instagram photo of herself in full period costume. Grimaldi, 27, has since deleted the pic, but she then returned to Instagram with vintage photos of her grandmothers, including the actress-turned-princess Kelly. She wrote alongside the photos, "In light of recent acting work, I couldn’t help but walk down memory lane and draw inspiration from my beautiful Grandmothers Grace and Jean!"

In case you’re not up to date with your history, Meghan Markle wasn’t the first American actress to fall in love with a prince. In the 1950s, Academy Award winner Grace Kelly met and eventually fell in love with Prince Rainier of Monaco, who she married in 1956. Like Markle, an actor on the drama Suits before she married the UK’s Prince Harry, Kelly retired from acting in favor of her new royal life. Before her untimely death in 1982, she and Prince Rainier had three children, including oldest son Prince Albert, now the reigning monarch of Monaco. 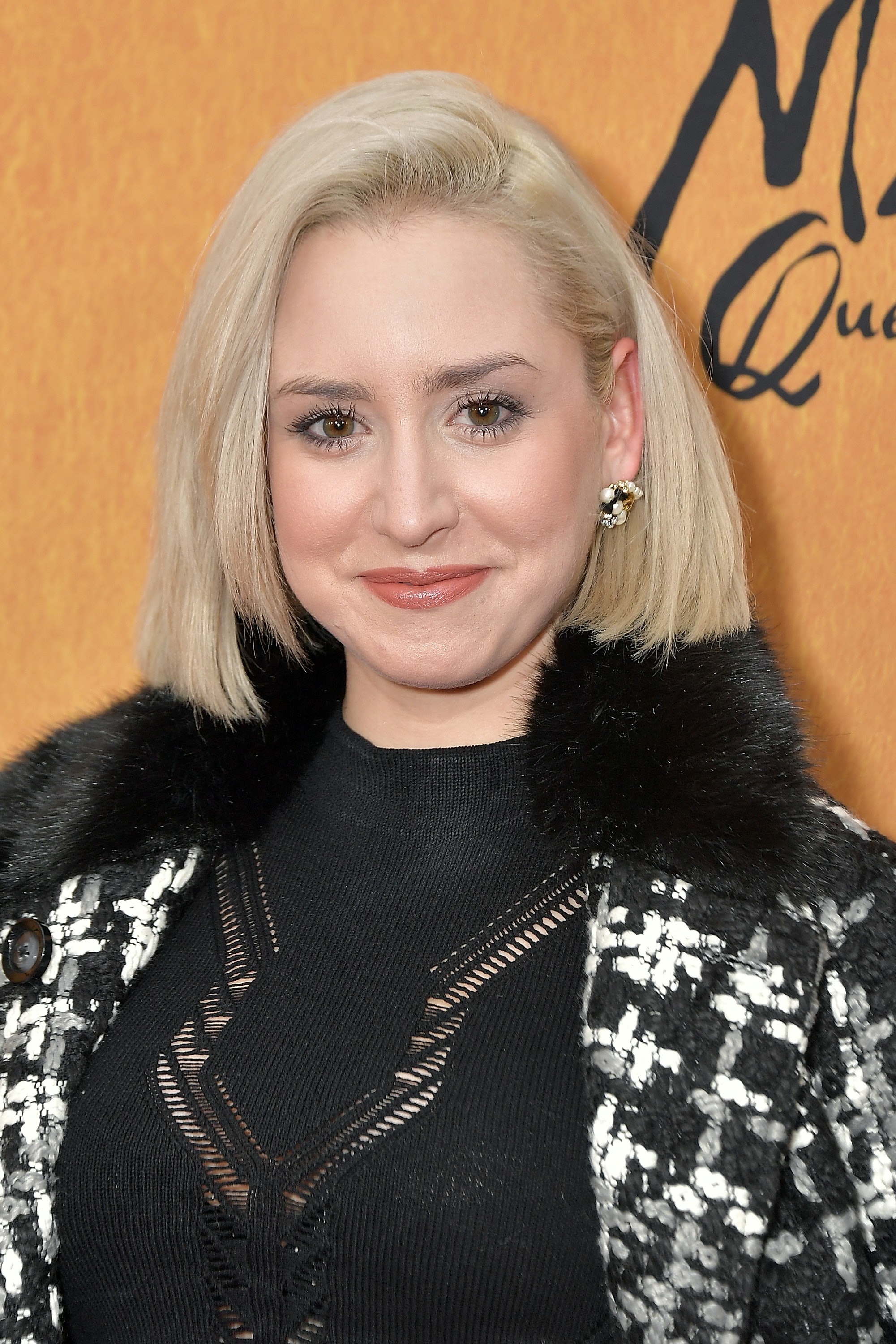 But Grimaldi’s spot on The Marvelous Mrs. Maisel doesn’t quite mean a princess is gracing the Gaslight with her presence. Prince Albert and Grimaldi’s mother, Tamara Rotolo, were never married, and Albert didn’t confirm his paternity until 2006. According to Page Six, Albert and Rotolo met in 1991 when the latter was vacationing on the Côte d’Azur, and Rotolo then raised Grimaldi in California.

As she explained in a 2015 Harper’s Bazaar profile, Grimaldi first met Prince Albert and visited family in the principality of Monaco when she was 11 years old. Although she and her dad now have a "great relationship," Grimaldi has no royal title and isn’t in line for the Monegasque throne. The prince also has a son with a Togolese flight attendant, but his 4-year-old son with wife Charlene Wittstock, Jacques, is his official heir.

While her early life may resemble The Princess Diaries, Grimaldi keeps busy as an actress and humanitarian. She has a role in the upcoming drama Cicada and runs The Jazmin Fund, which helps the nation of Fiji "achieve a healthier quality of life." As for her Marvelous Mrs. Maisel role, Grimaldi hasn’t spilled any specific details, but she told Page Six that she had a "great time" filming the series. She joins other Season 3 additions such as Sterling K. Brown and Cary Elwes. Is she due for a stint as a switchboard operator alongside Midge (Rachel Brosnahan)? Will she play a new girlfriend of Joel’s (Michael Zegen)?Fingers crossed for the release of a trailer that sheds some light on Grimaldi’s casting mystery.

Season 3 of The Marvelous Mrs. Maisel is expected to premiere on Amazon Prime in late 2019.