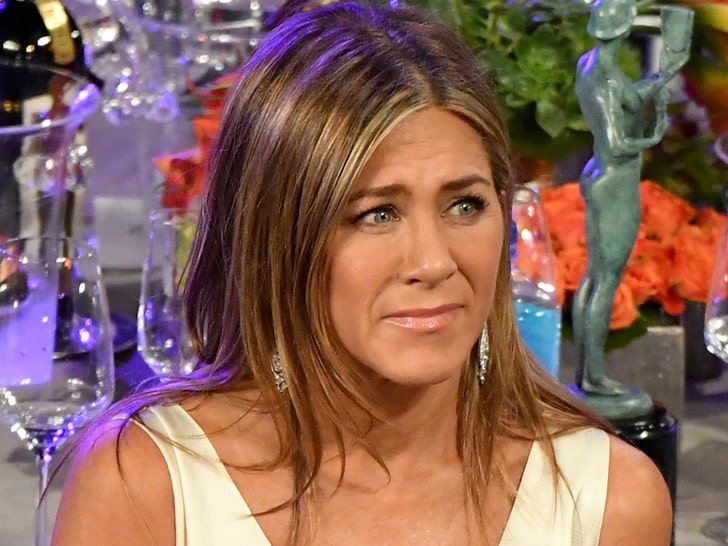 Jennifer Aniston knows the drill … you say anything on social media, you’re gonna get dragged, but after drawing fire for her vaccination comments, she was ready to fight back.

Aniston was criticized for saying when it comes to friends, she only wants those who are vaccinated, revealing she’s cut “a few people” out of her life who just won’t get the shot.

The criticism was mild as far as criticism goes, but here’s a sample … “If [Jennifer’s] vaccinated she’s protect correct? why be worried about [unvaxinated people] around her?”

She fired back … “Because if you have the variant, you are still able to give it to me … I may get slightly sick but I will not be admitted to a hospital or die” … BUT I CAN give it to someone who does not have the vaccine and whose health is compromised — and therefore I would put their lives at risk.” 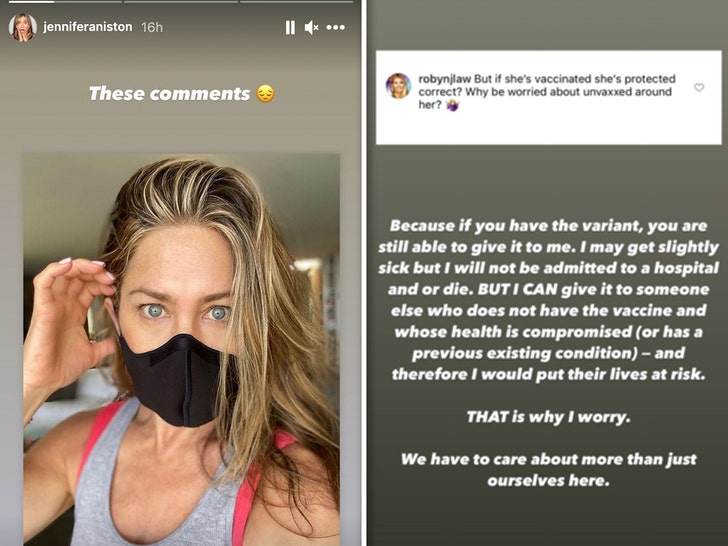 And, she zeroed in on the point … “THAT is why I worry … We have to care about more than just ourselves.”