Jennifer Lopez can make anything look chic. Hell, she even looks amazing when she heads out to dinner wearing sweatpants. The rest of us could never. Basically, J.Lo’s style is literally always winning. And her latest outfit is pretty much perfect.

On Friday night, Lopez was photographed leaving dinner in West Hollywood, and the superstar looked flawless, as per usual. Wearing long pants, a black sweater, and sky-high heels, J.Lo made her smart workwear look sexy. She wore her hair in a partial updo, and her perfect makeup was extra glowy. 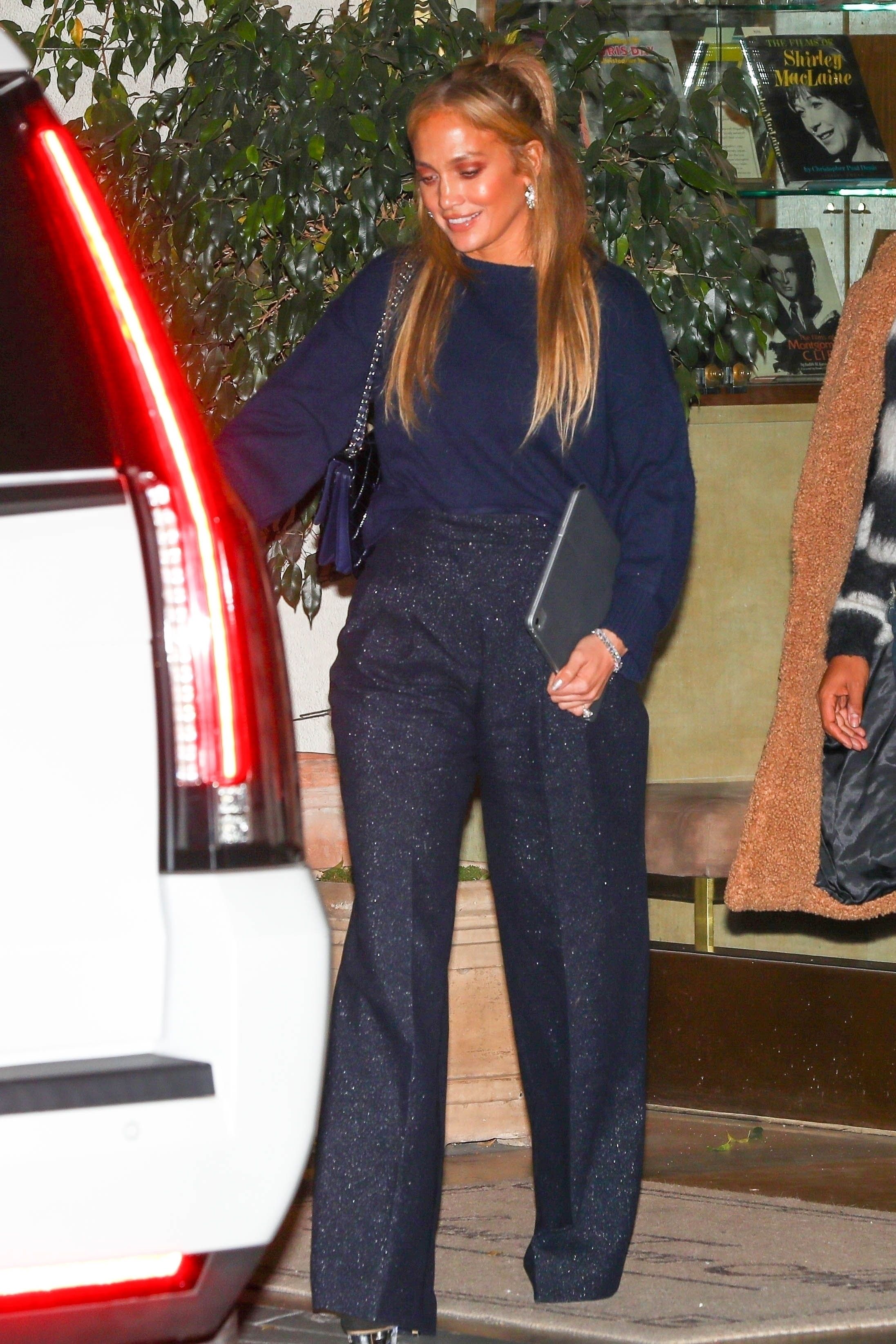 Lopez recently opened up about her acting career during an interview with Variety. Speaking to her former agent and close friend, Elaine Goldsmith-Thomas, J.Lo revealed that nothing came easy, and even her most iconic romantic comedy roles were hard won. “I had to kind of break out of [stereotypical roles] and convince somebody to put me in the first romantic comedy, which I think was The Wedding Planner,” she explained. “I was, like you said, kind of hot at the time, and you were my agent, and you were asking for a certain price that you thought I merited, and they were buckling back on us.”

Lopez continued, “Then, [the film’s director] came to one of my record signings, and he said give her whatever she wants. … The idea that somebody like me, from my background, who was a woman, could garner that type of, you know, price in this industry. It was a big deal.”