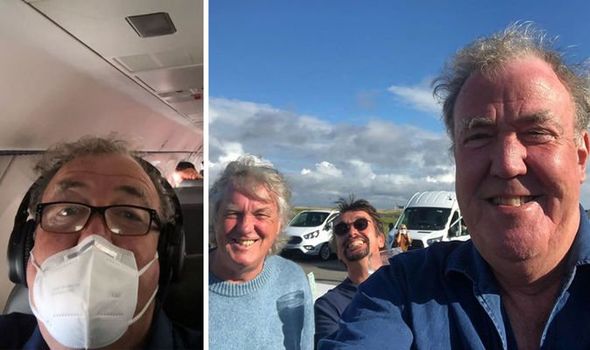 TV presenter Jeremy Clarkson teased new episodes of The Grand Tour in the making when he posted a picture of himself with his co-stars James May and Richard Hammond online yesterday. The television presenter joked: “Of all the f**king bubbles I could have ended up in,” alongside the picture which he shared with his three million Instagram followers.

The three casually-dressed co-stars could be seen smiling in the sunshine in an undisclosed location.

They appeared to be in a carpark of sorts with white vans and the countryside in the background.

“A perfect bubble,” one fan wrote in the comments section of the social media post.

“Don’t lie, Jeremy, there’s no place you would rather be,” another follower added. 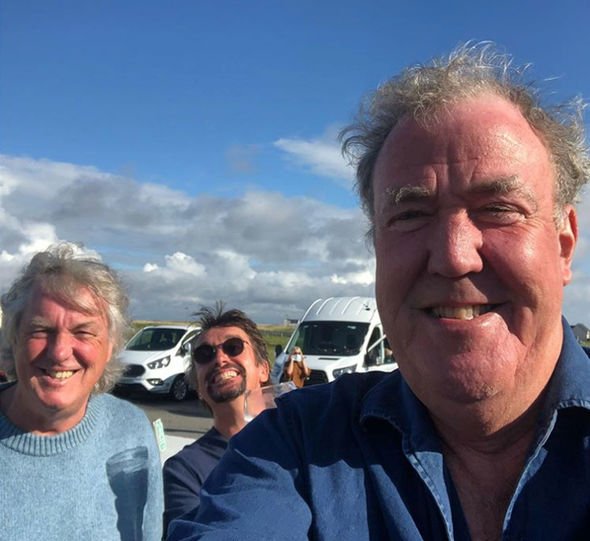 “Glad to see the lads are filming again,” a third Instagram user remarked.

“We have waited too long for another episode of Grand Tour,” a fourth follower added.

Sharing a similar thought another user asked: “So when does the Madagascar special come out, on behalf of everyone we’re dying to see it.”

Back in August, the official Grand Tour Twitter account confirmed the Madagascar episode would be out later this year. 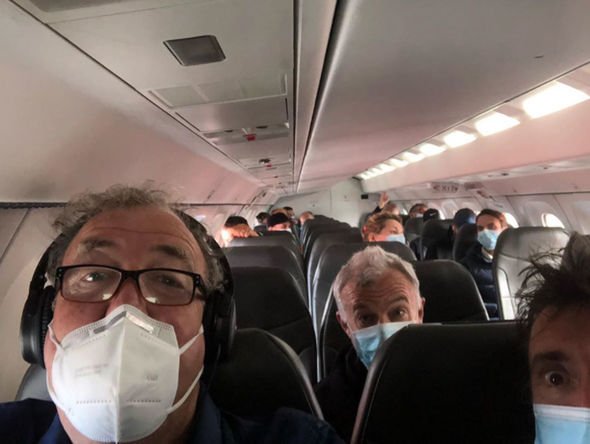 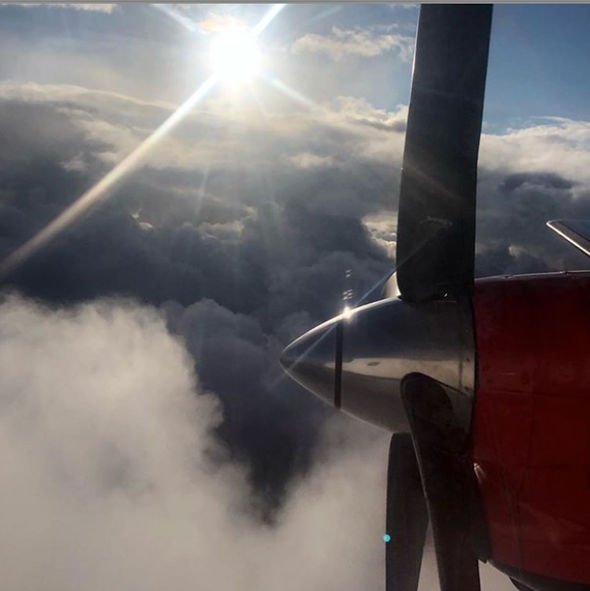 Not long after their reunion snap was taken, Jeremy hopped on a plane and posted a mid-flight picture above the clouds on the social networking site.

“Home,” he captioned the photo.

Another image shortly after showed Jeremy and Richard sitting in their seats on the aeroplane in face coverings, with no sight of their co-star James.

“Hammond looks terrified,” one follower wrote next to the post.

“James May is the pilot,” a second joked.