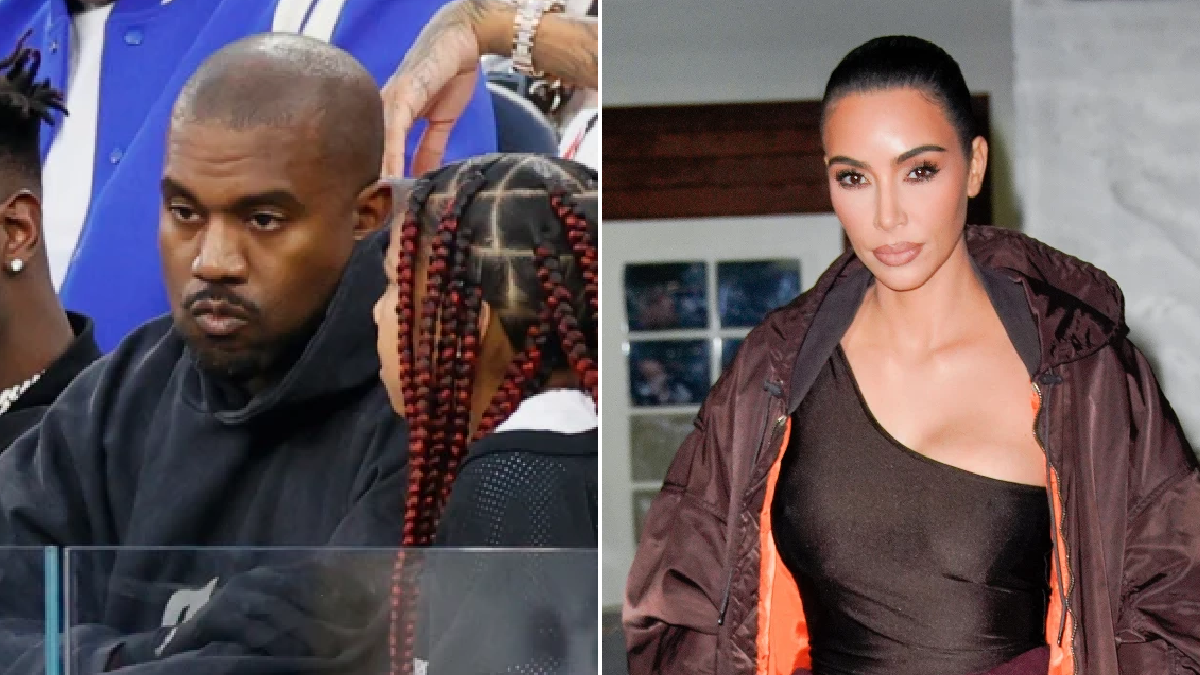 Kanye West has admitted he is ‘working on my communication’ after deleting his Instagram posts about Pete Davidson following pleas from his ex-wife Kim Kardashian.

The Grammy-winning rapper, 44, had spent the past several days ranting about Pete amid his blossoming romance with Kim, including banning the Saturday Night Live comedian from meeting his children and calling him a ‘d***head’.

Seemingly realising the impact of his actions, Kanye wiped his picture-sharing account and uploaded a new post with a change of heart.

‘I’ve learned that using all caps makes people feel like I’m screaming at them,’ he penned.

‘I’m working on my communication. I can benefit from a team of creative professionals, organizers, mobilizers and community leaders. Thank everybody for supporting me.’

He continued: ‘I know sharing screen shots was jarring and came off as harassing Kim. I take accountability.

‘I’m still learning in real time. I don’t have all the answers. To be good leader is to be a good listener.’

Kanye’s post comes after reports that Kim allegedly texted him with concerns about his outbursts potentially putting Pete in ‘danger’,

It began when Kanye shared a photo from the 2001 movie Baby Boy in which actor Tyrese Gibson is seen in a chokehold.

He captioned the post: ‘Upon my wife’s request please nobody do anything physical to Skete Im [sic] going to handle the situation myself.’

The rapper then shared screenshots reportedly from ‘Kim’s other phone’, in which the reality star said Kanye was ‘creating a dangerous and scary environment and someone will hurt Pete and this will be all your fault’.

She reportedly added: ‘There are dangerous people out there and this is scary and it doesn’t have to be.’

Kanye replied: ‘I will always do everything to protect you and our family forever. And I listened to you and told everyone to make sure nothing physical happens to Skete.’

However, Kim followed up to ask why Kanye was sharing her messages publicly, to which he responded: ‘Cause I got a text from my favorite person in the world.

Since then, Kanye has deleted all but two of his Instagram posts; a montage of sweet photos of Kim and their four children from her recent Vogue shoot, and the cover of his upcoming album Donda 2.

On Monday, Kanye split from actress Julia Fox following their whirlwind six-week relationship, while he also got to spend time with his children North, Saint, Chicago and Psalm at Sunday Service and the Super Bowl.