If one thing is clear, Karen Gravano’s life is nothing like what you see in the movies. The former “Mob Wives” star has dedicated her career to dispelling misconceptions about the mafia, and she’s an expert. Her father, Sammy “the Bull” Gravano, was a notorious underboss in the Gambino crime family. Back in the ’90s, he cut a deal with the FBI after confessing his involvement in 19 murders (including the infamous 1985 hit on Paul Castellano), and with his witness testimony, the feds were able to put John Gotti behind bars for life.

In Season 2 of MTV’s “Families of the Mafia,” Karen (who serves as executive producer) hopes to pull back the curtain on the real life of those who are, as the pop culture trope goes, “connected.” Spoiler alert: it’s not what you might think. Historically, pop culture hasn’t afforded mobsters very much nuance, floating the idea of a glamorous lifestyle marred by rampant murder. We’ve all seen “The Godfather.” We’ve all met at least one college student with an unframed “Scarface” poster in their dorm room. We’re all familiar with the stereotype of Italian-Americans from the New York tri-state area, the thing that raised controversy for “Made In Staten Island.” 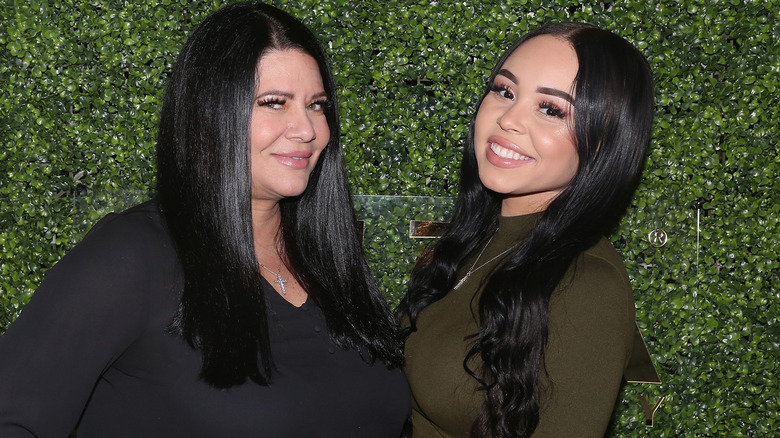 As Karen Gravano tells Nicki Swift, the entertainment industry promotes one major misconception about mob life: “These men aren’t human, right?” From her perspective, yes, mobsters are criminals. Yes, they commit the sort of shocking crimes that make headlines, movies, and lifelong prison sentences — but they’re also people. They’re not superhuman, and if there’s anything people are, it’s flawed.

“It’s like they live a certain kind of lifestyle, but the reality is they have families and they have everyday struggles,” she says. “And I think I can speak on my family. We have just regular life. Yes there’s glitz, there’s glamour, there’s all that stuff that was involved in my father’s lifestyle, but reality is he kept me grounded. I had to go to work every day.”

In the early aughts, Karen had her own run-in with the law when she was linked to the ecstasy ring that sent her father back to prison (She was sentenced to probation). Nonetheless, it was Sammy The Bull who tried to drive her away from a life of crime. “He tried to steer me to become a regular person,” she said. “And I think that people just think that because these men choose a life of crime that that’s what they do. And I don’t think you realize how much they try to push the family and steer the family in a different direction.”

You can catch Season 2 of “Families of the Mafia” currently airing every Thursday night on MTV.