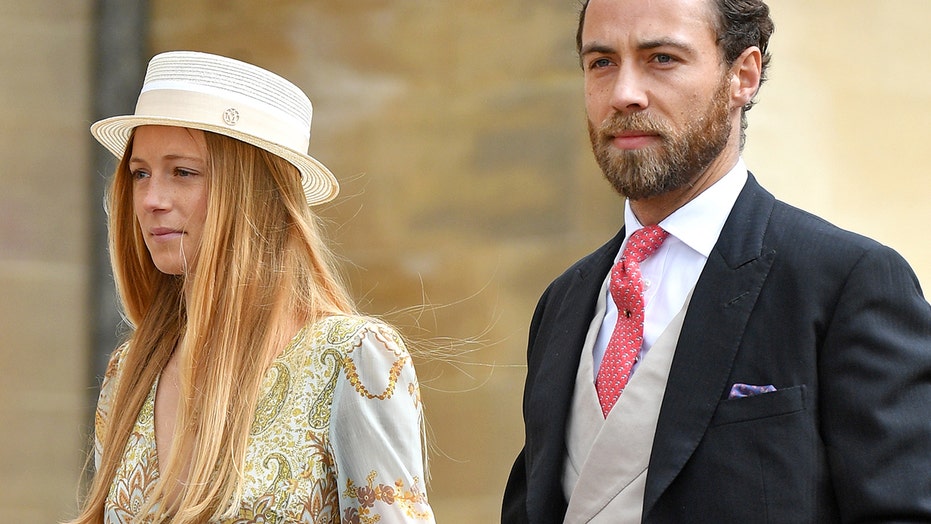 The brother of Duchess of Cambridge Kate Middleton announced Sunday he popped the question to his French girlfriend, Alizee Thevenet.

"She said OUI," James, 32, captioned the smiling selfie. "Our secret is out but we couldn’t be happier to share the news."

From the picture, it appears James chose a similar engagement ring to that of his older sister, who dons a stunning 18-carat blue sapphire with diamonds around it. It belonged to her husband's mother, Princess Diana, who received the sparkler from Prince Charles in February of 1981.

The 32-year-old businessman has made headlines for being open about his battle with depression.

He told Tatler magazine in June that when Kate started to date Prince William in 2003, his life completely changed and he was thrust into the public eye. “Suddenly, and very publicly, I was being judged about whether I was a success or a failure,” he said.

“That does put pressure on you because in my mind I’m doing this irrespective of my family and events that have happened," James explained.

The founder of Boomf, a personalized greeting card company, added that his family dynamic is different than most and that he hopes people are interested in his work, separate from the British royal family.