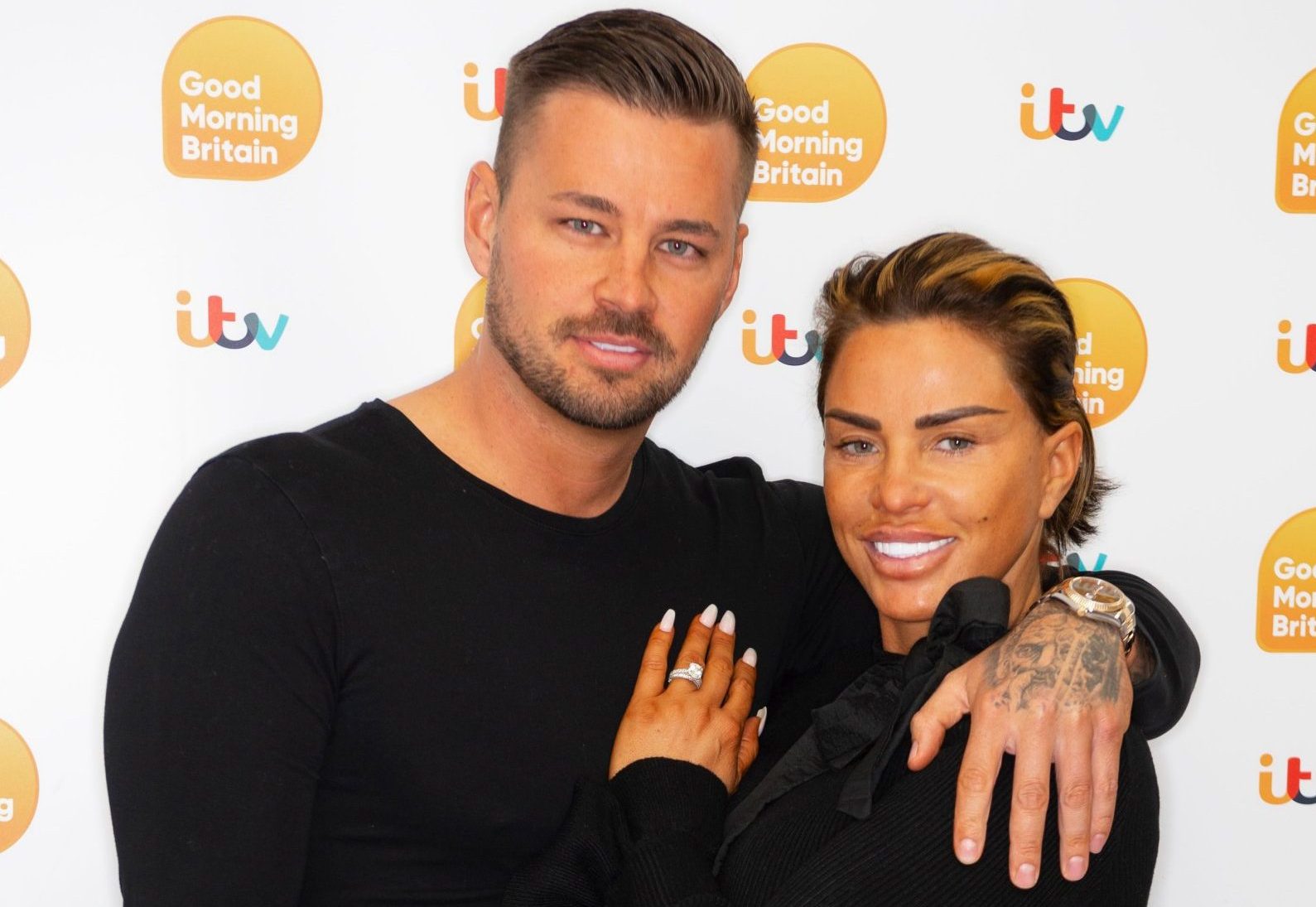 Katie Price has hinted she’s keen to live in the US alongside fiance Carl Woods, amid speculation the pair are preparing to marry in Las Vegas.

After flying into Sin City earlier this week, ahead of Katie’s December 15 court date following her drink-drive arrest, the pair picked up a marriage license in the biggest sign yet they were preparing to wed.

Now, while the pair documented their time in Vegas on social media, Katie suggested she was planning a more permanent move alongside reality star Carl.

Dubbing the place his ‘second home’, Carl had shared a photo of himself sitting on the roof of a car in the desert and wrote: ‘Anyone who knows me, Knows I absolutely love Vegas.’

Responding to Carl’s message, Katie wrote underneath: ‘Can’t wait for the day we live here.’

It comes amid their trip to the States, and visit to the Clark County Marriage License Bureau to pick up their marriage certificate.

It’s reported they arrived in a rented Dodge Challenger and completed their appointment in around 15 minutes.

The couple – who got engaged in April – were seen raising their right hands at the booth as the clerk processed their papers, with Katie reportedly overheard joking: ‘Ooh, signing our life away.’

A source told The Sun: ‘Katie and Carl really did look head over heels in love and a little bit nervous about their wedding.

‘They seem to be in a good place right now despite having a very difficult last few months and storm clouds on the horizon with Katie’s legal problems.’

A source added to MailOnline that Carl had arranged the entire trip to lift Katie’s spirits after a difficult year, claiming: ‘Carl has been working in secret to make this trip happen for himself and Katie…

‘From the beginning of their relationship they’ve wanted to get married and now is the perfect time for them to make it official.

‘Katie has done the big white wedding before and while this is Carl’s first marriage, he wants their day together to be exactly what she’s dreamed of, while he also sees the States as his second home.’

They say Katie was ‘in shock’ after finding out about the trip just hours before they were due to set off, but added it was ‘the distraction she’s needed after months of upset.’

Their trip to Las Vegas comes while Katie awaits sentencing after crashing her car while disqualified from driving and under the influence of alcohol and drugs.

She had pleaded guilty following the single-vehicle collision which saw her flip her car in September and had completed a court-ordered stay at The Priory.

Her upcoming nuptials to Carl will be his first marriage and her fourth, with this also having been her eighth engagement, after she was previously been married to Peter Andre from 2005 until 2009, with whom she shares Junior, 16, and Princess, 14.

She married Alex Reid in 2010 in Las Vegas and the pair later divorced in 2012. Katie was then married to Kieran Hayler from 2013 until their divorce was finalised in 2021, and the pair share Jett, eight, and Bunny, seven.

However, Katie, who also has son Harvey Price, 19, from her former relationship with Dwight Yorke, hit out at her ex-husbands Peter and Kieran on social media yesterday.

In a post to her Instagram after they reportedly ‘sent legal letters’ concerning her upcoming wedding to Carl, she wrote in part: ‘I’m asking you both kindly to leave me alone now and stop making money from my name.’